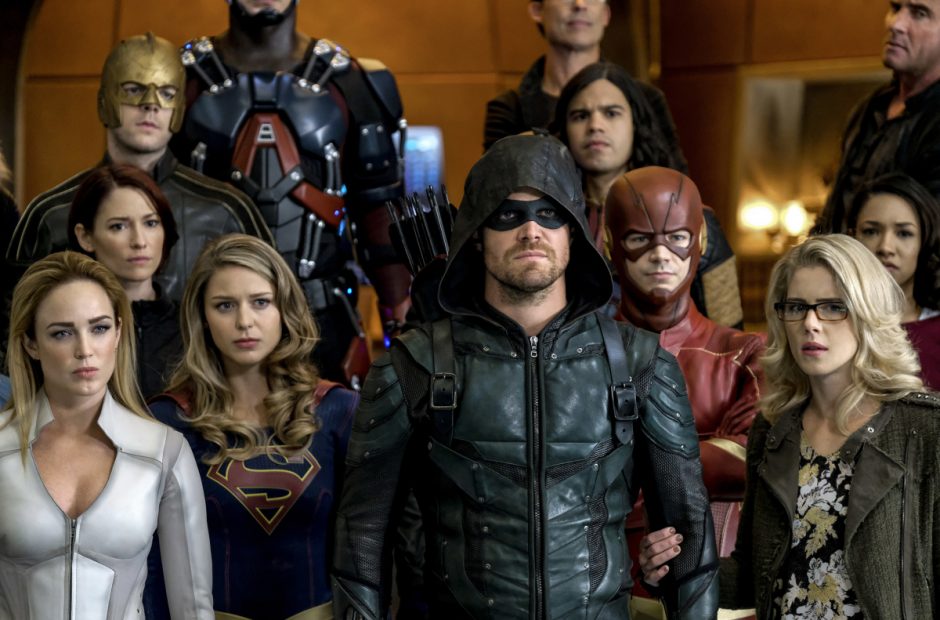 When a show has to go on a 5-minute long diatribe minimizing and ridiculing Superman’s worth as a hero solely because Supergirl exists, you know you are watching a show written by a bunch of trolling, shrewish, angry, SJW yentas.

“How dare that Man steal her thunder by being the epitome of what a hero is. Fucking sexist pig!”

The exact quote is:

“The world doesn’t need Superman when it has Supergirl.”

And then went on for another 2-3 minutes heaping laurel leaves and praise upon Supergirl like they were talking about a kid on the special bus.

Keep in mind the Supergirl character hadn’t actually done anything “super” to that point in the show nor worthy of such glowing praise.

“Supergirl is stronger and braver, etc than Superman.”

We all know Zach Snyder and Henry Cavill have done a fabulous job of unintentionally shitting all over Superman, but the CW apparently wholeheartedly endorses doing it overtly.

This from the “tolerant and inclusive” generation that feels they need to demonize and diminish anyone they see as even remotely a threat to their point of view. Torn right from the Saul Alinsky playbook.

It also means the entire premise of this commie, hipster, ANTIFA, hate-filled propaganda fest sucks so fucking badly that a pile of syphilitic goo would be more entertaining.

I’ve enjoyed Legends in its self aware, funny and irreverent way but that’s taken a turn toward fucking sucksville as well as of late, which is a shame.

For the purposes of this article though I’m not including Legends or Black Lightning because that’s a whole other discussion for another day.

They Showed Such Promise

Who is writing checks to these people to debase the already cancer-ridden DC properties?

And who is encouraging them to double down on their hate-filled soapbox tirade toward the majority of the viewing audience in this country?

The ratings on each of the shows, Flash, Supergirl and Green Arrow are in the toilet.

In each case, the shows started off with promise, focusing on solo superheroing with what passes as popcorn storytelling on the small screen. But this wasn’t enough for these people, they had to try to be something more than good, wholesome fun.

And again the question that always comes back to the forefront:

How the fuck can WB continue to destroy such iconic characters while Marvel — even at their worst — does it right?

Green Arrow, in particular, is most disappointing.

Stephen Amell appeared to have the “it” factor necessary to play a hero. He has charisma, almost hints of a young Shatner thing going on.

The show was pretty grim. Gritty well-choreographed fights and Oliver actually killed bad guys. It was as close to a live-action Batman TV show as we’re going to get, at least until Titans came along.

Stephen Amell started out juiced-up and looking like a badass hero in the very good first couple seasons of Arrow but now his increasingly fat, endlessly annoying, millennial posterchild wife on the show has bigger muscles.

In each case, the shows have turned into a hand-picked diversity team-up romcom, with a strong woman making all the crucial decisions for the group. The men are basically all bunglers or comic relief, I honestly can’t remember the last time The Flash actually didn’t need rescuing by his wife or actually beat a villain by himself.

He’s the fucking Flash, he can run at the speed of light.

Casts are interchangeable. Fights are pretty poor and mostly an afterthought. Villains are awful. And leftie causes are not subtly worked in but hammer you in the face to the point of nausea. Again subtlety is NOT Millennials’ strong suit.

Let Me Give You The Rundown:

These shows stink worse than a pile of rotting Khmer Rouge victims’ corpses.