A “View” Is No Longer A Sign of Actually Viewing

Netflix is manipulating their algorithm again, just in time for the stock price to go up. 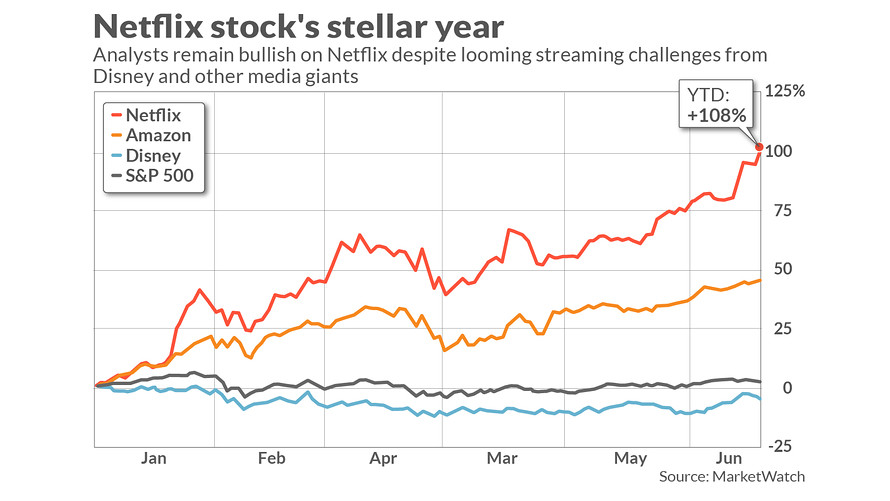 Netflix has changed the way it reports a “view.” Previously, the company counted a view as a member account watching at least 70 percent of one episode of a series or 70 percent of a feature film. Now, it is touting that viewers “chose to watch” a given title, meaning that member watched for as little as two minutes — “long enough to indicate the choice was intentional,” per a footnote in the earnings report.

Turns out that two minutes is enough for Netflix to count you as a viewer.

Turns Out That We Can Manipulate the Viewer Numbers

Further shenanigans are afoot at the house that Reed Hastings built around the numbers as well.

“Short and long titles are treated equally, leveling the playing field for all types of our content including interactive content, which has no fixed length. The new metric is about 35% higher on average than the prior metric. For example, 45 million member households chose to watch Our Planet under the new metric vs. 33 million under the prior metric.”

This is just like the nonsense that Google uses to make us believe that some kid is getting 65 million views with an unboxing video on YouTube.

Or on those Minecraft playing videos that were so popular about six years ago.

What this means is that, if you watched trash shows like The Witcher, You, or that piece of derivative trash 6 Underground for more than two minutes, decided it was horrible, and clicked to something better, like Bojack Horseman, you are counted as a viewer.

And thus, Netflix can count your eyeballs, they can report that The Witcher, though divisive online and the subject of criticism, was “popular” and they can continue to greenlight trash garbage like Spenser Confidential, confident in the fact that two minutes is about how long it takes you to determine if Netflix is pulling the streaming wool over your eyes.