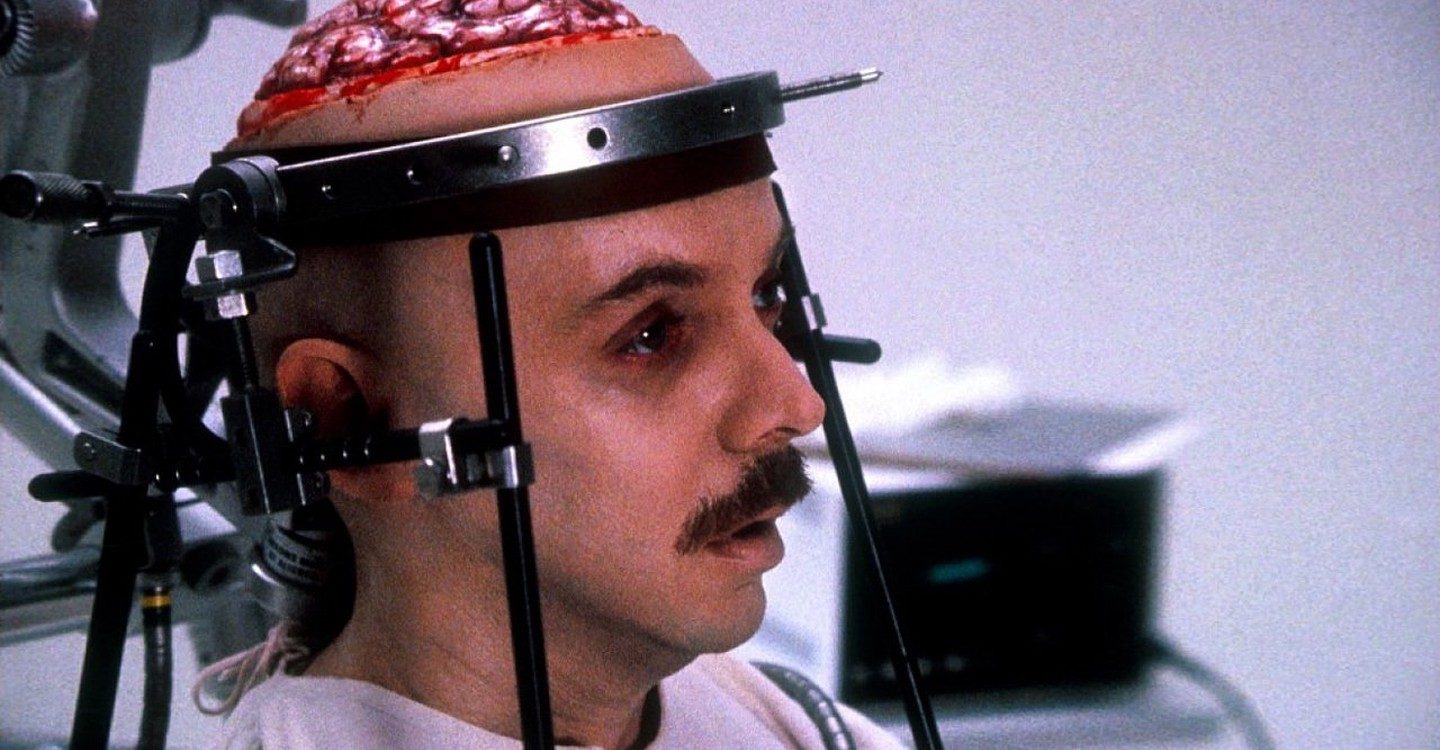 Not to be confused with Peter Jackson’s 1992 movie Braindead (released as Dead Alive in North America), Brain Dead is a 1990 movie produced by Roger Corman’s wife Julie Corman.

Starring everyone’s favorite Bills, Pullman and Paxton (best of luck to former favorites Clinton and Cosby), Brain Dead tells a quick and seemingly simple story about neurosurgeon Dr. Rex Martin (Pullman) and his decision to leap from research into the private sector at the request of his longtime friend Jim Reston (Paxton, in an early version of his role in True Lies). Hijinx ensue.

I won’t spoil much of the rest of the story but it’s well told, very well edited, and doesn’t waste time.

Insane In The Brain

By no stretch of the imagination is this movie a sci-fi nor horror classic.

It is simply a fun, campy little story where most of the production value was spent where it would be most effective.

For example, Dr. Martin stores his research brains, not in a high-tech cryo-chamber, but in clear glass jars in a basement, across several shelving units as you’d find in an old man’s garage.

I don’t know if this movie is available on Blu-ray disc but the version on Amazon Prime looked as though it was copied from an old VHS tape. Nevertheless, the shitty picture and sound actually served to enhance the eerie quality of the story.

Because this movie is more of a psychological horror story, many of the scares are found in situations that most people fear, such as your spouse fucking another person, or losing your livelihood in an instant. Bill Pullman turns in a fine performance and he carries the entire movie on his back.

I recommend this movie if you want to see a sort of extended episode of The Twilight Zone with some gore, nudity, cursing, and a sleazy Bill Paxton.