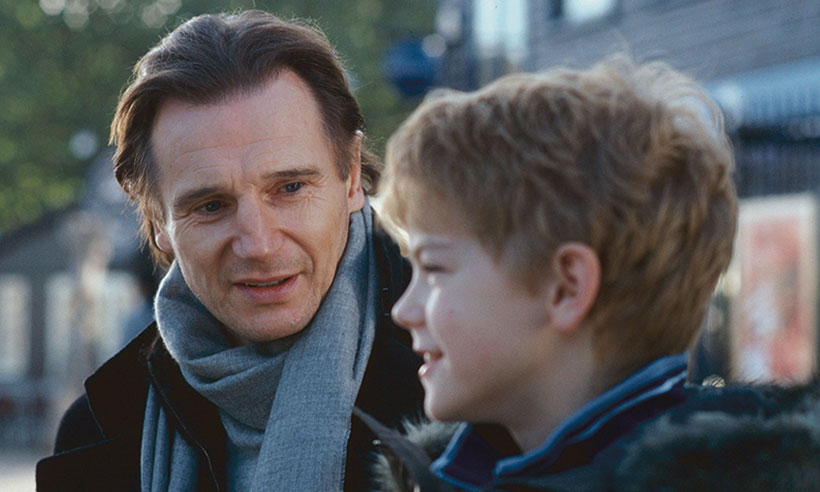 I’ll just go ahead and dispense with the pleasantries: there are three great romantic movies, comedy or otherwise, that I feel exemplify what it means to love and be loved:

That right there is your “original Star Wars trilogy-of-romance”. The first is about stepping into a larger world, followed by a dark tale with a cliffhanger ending, and lastly a light-hearted yet meaningful summation.

My favorite of the three is the reason I wrote this article, and it is currently available on Netflix.

The Power Of Myth

Sure, all three of the movies on my list are fantastical in their circumstances, but much as Star Wars (1977-1983) and Superman (1978) are to true heroism, the movies on my list take the lofty human ideal of true love and present it so brilliantly that we can’t help but desire to emulate, hard lessons and all.

Use the Force, Barry:

As I’ve established in my previous articles about the human condition, I am no psychologist nor relationship expert. What I am is a husband who has made a lot of mistakes, many trivial, some grave. I’ve learned from each and every mistake and tried not to repeat them, but I’ve yet to unlock Kal-El or Luke Skywalker levels of achievement.

In my estimation, from my own experience and as these movies demonstrate, the path of true love between two people is simply this: bare your heart and soul, and expect the same in return. Without any pretense, let the person whom you love see the good, the bad, and the ugly about you. Anything less than a total effort in this regard will either end in failure or produce a lifetime of misery.

Here following is a message of eternal hope, brought by a stellar cast and a director with a clear vision.

Bill Nighy is the sage of this movie, as he has existed long before the other characters, has learned some difficult lessons, and comes out of hiding when his wisdom is needed.

I won’t say much about the plot, mostly because it would take too long, but also because it’s a joy to discover and at the conclusion of the movie you’ll feel as though you’ve taken a journey with the characters.

The great lesson on love brought by this movie is that love isn’t guaranteed. As I’ve said, you must throw yourself completely on its mercy and the will of the other person, but nothing says that it will be returned to you in kind.

Each of the characters in the movie throw themselves on the fire, not knowing or caring if they’ll be saved. And it doesn’t matter. They’ve got to live their lives to the fullest, win or lose.

Written In The Stars

Standout performances include Thomas Sangster, who was cast as Tintin for Steven Spielberg before scheduling difficulties prevented it, paired with Liam Neeson as a father-son duo in the midst of an emotional crisis, and Alan Rickman paired with Emma Thompson as a married couple who show what can happen when hidden agendas come to light.

Thompson, in particular, is quietly brilliant.

Colin Firth is paired with Portuguese singer Lúcia Moniz, in an employer-employee relationship that slowly blossoms into possibility, and another subdued yet forceful performance is given by Laura Linney, as she shows what can happen to a heart divided.

It’s deceptively simple, but each character and each story is there for the purpose of revealing hints and clues about the nature of true love. Pay close attention and take notes if you’re interested.

These are but a few of the members of a large and brilliant cast. Enjoy the surprises!

The only segment that is less than worthy of the overall tale is that of America-bound waiter Colin. It’s good comedy relief but the depiction of American women is a little eye-rolling, even if it is at times true.

Joy To The World

The movie is set at Christmas, which immediately adds a dimension of giving and new beginnings. Much like Die Hard (1988), this movie would work just as well without the Christmas setting, but the added feeling is more than welcome.

Supporting all these lessons and feelings is one helluva good edit. Moments are savored, comedy timing is perfect, and the story moves like a whirlwind romance.

Speaking of the stellar cast, one last note of interest is that the casting director for Love Actually was Mary Selway, known to Lucasfilm Ltd. fans as Mary Selway-Buckley, whose credits include Raiders of the Lost Ark, Return of the Jedi, Top Secret!, and Harry Potter and the Goblet of Fire.

Till I Reach The Highest Ground

What a wonderful gift from Richard Curtis. He’s taken an ideal and made it possible for everyone to achieve a measure thereof. I give Love Actually my very highest recommendation: 4.5/5 stars.

Thanks for reading and good luck on your journey.