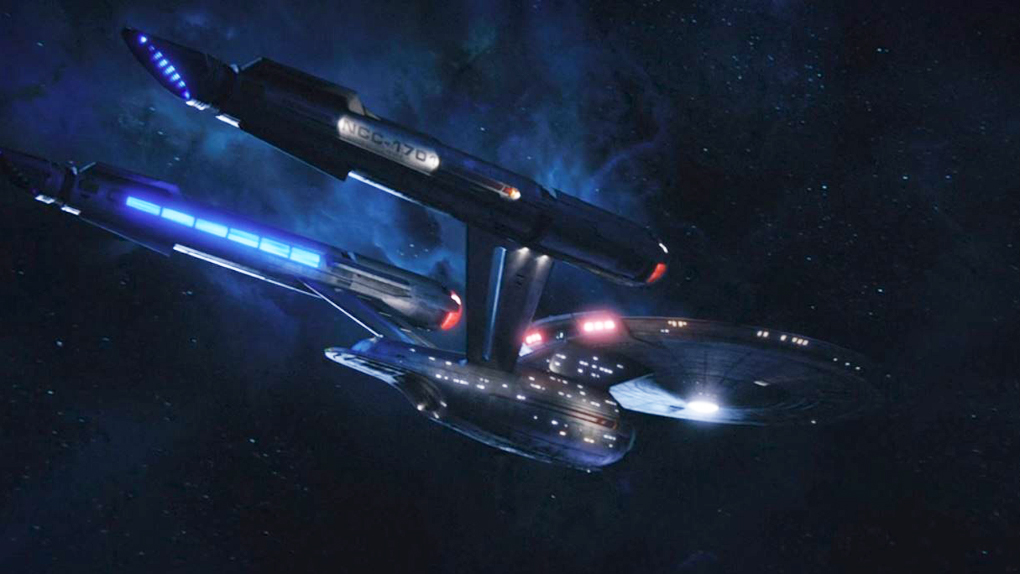 Let me first preface this article by saying that, on whole, I think I sort of mostly enjoyed the first season of Star Trek: Discovery.

Not a ringing endorsement to be sure. There was a lot I loathed but there was quite a bit to be praised. What I enjoyed the most was the performances as everyone is overflowing with charisma; except for the lead character, which is a decided problem. More on that later.

I am also the resident FilmGoblin Trekkie. A rapid fan since childhood of the Star Trek TOS series and films, loved all of Babylon 5, most of DS9. I couldn’t stand the bland pseudo-intellectual TNG, hated Voyager, thought that JJtrek flushed any of the modest good will it had after the first reboot movie and am completely ambivalent about Enterprise.

When it was announced that Discovery was to take place roughly 10 years before James T. Kirk assumed command of the Enterprise, that Bryan Fuller was show runner and Nicholas “Star Trek II The Wrath of Fucking Khan” Meyer was to be the main writer, I was thrilled.

When it was announced that Jason Issacs was to be the Captain I was even more stoked. Perfect casting for a more daring, heroic era of Star Trek where Captains could win intellectual chess matches but weren’t timid with karate or a phaser.

When it was announced that The Captain would not actually be the main star but rather the show would focus more on the first officer, who would be played by the relatively unknown Sonequa Martin-Green, I thought: “Hmmmmm, if done correctly it could be interesting”.

When it was announced that she would be Spock’s yet unknown adopted sister, that Bryan Fuller was forced out and that Nicholas Meyer was really not involved at all; his involvement was a marketing gimmick to appeal to gullible Trekkies, red alert klaxons went off.

It would seem my reservations were correct. To put it mildly Star Trek Discovery’s first season was a mess. Ridiculous plots and retconning of beloved TOS characters. In Discovery, Harry Mudd is a cold-blooded mass murderer instead of somewhat charming space pirate rogue. As mentioned Spock has a sister, Klingons look like California Raisins and are now purple or grey.

Production designer John Eaves is out here operating without a filter, showing-casing his craptacularly, angular Transformersesque designs on overdrive.

The compete upstaging of Jason Issac’s magnificent abilities by the far less-talented (to this point) Sonequa Martin-Green was a mistake.

His portrayal of a more world-weary, slightly PTSD, badass, yet charming and humorous Starship Fleet captain Gabriel Lorca is something to behold. Jason Issac quite literally stole the every scene he was in and should have been the lead.

And finally, a lead character in Burnham that is absolutely 100% devoid of any charisma and loathsome, whose utterly selfish and wrongheaded decisions led to countless deaths and warfare and is yet somehow constantly rewarded.

To be fair, I said there was much to be praised in the entire cast. They just completely outshine the lead in every scene and every moment they appear on-screen together.

Doug Jones alien first officer Saru is phenomenal. This guy crushes it in every role I’ve ever seen him perform in and here is no exception. He brings tremendous empathy to Saru and the character also has alien “spider sense”. The pity is that even with the absolute waste and stupid predictable heel turn of Issac’s character, I would have been quite happy with a Captain Saru Show; but he’s the wrong gender, presumably, even for an alien.

Anthony Rapp is also phenomena as the Discovery’s neurotic and cranky chief scientist, Lt. Stamets. He manages to bring a Deforest Kelly-like endearing charm as the cantankerous foil to the Captain. His character also happens to be gay which is a first for Star Trek and is in a loving relationship with the Ship’s doctor, Culbert. They’re relationship comes off as genuine and charming.

Finally, Mary Wiseman brings some self-deprecating humor to the role of Cadet Tilly. Here she is decidedly stereotypically Millennial and they are having a blast mocking that every step of the way.

There are more of course. Shadaz Latif is a terrific actor. His character’s reveal sadly happens to be one of most obvious telegraphed twists, as well as one of the many fucking stupid shit sandwich plot lines the show runners regurgitated.

And so the first season came and whimpered to a mostly thankful end.

If there was ever a show written on the fly it was this one. Of course they won’t admit that and cite all sorts of fake news fuzzy math to claim the show buy-rates were the greatest of all time but dig a little and the truth is always revealed.

That and a lot of outrage from the Star Trek community of hardcore fans still stinging from the two absolutely shitty and under-performing JJtrek movies.

So what to do?

Well they had said from the beginning they wanted this crew and it’s story to breathe on its own free from the powerful and looming presence of a Captain Pike and Spock-era USS Enterprise.

All because she looked like the captain she got killed and girl power, you know.

Burnham even gets to give the grandest self-celebratory and moralizing speech to all of Starfleet commemorating the end of the war. A war that she caused and made worse (with girl power).

All this somehow presented as a celebration of this character’s nobility and heroism when nothing she did at any time was to be commended, celebrated or even the least bit heroic.

Mary Sue plot conveyance full ahead warp factor 10 and I suppose — from the writers and producers perspective — what Millennials see as modern true grit, sacrifice and greatness in the face of adversity.

Meaning of course gender, race and personal “What Feels Good Now” selfishness are all that matters and, of course, trying your best in the era of 14th place trophies.

The same messages were seen ad nauseam in Star Wars: The Last Jedi and glaringly so when Rose prevents Finn from committing the ultimate Millennial sin of sacrificing one’s self for others for a greater good. Specifically, preventing him from a kamikaze attack on a weapon of mass destruction to save all that was left of the Rebel Alliance or Resistance or whatever. How fucking stupid of him to sacrifice himself to save all his people from horrific death.

How immediately following the Mary Sue celebration the aforementioned “victory” and like a breath of fresh air, or well needed mouthwash, the U.S.S. Enterprise shows up in all its glory to actual Star Trek music to close out the season.

And now apparently, the USS Enterprise rebooted design dubbed the “Discoprise” will figure very prominently in the second season as will our new Captain Pike played by Anson Mount of Hell on Wheels fame.

Also rumor and innuendo says there is to be a new Spock as well. You know, the main character Burnham’s brother, that guy.

What is not known however is exactly how much the most beloved sci-fi spaceship of all time and its crew will factor into the second season.

My guess is quite a bit.

Rumors claim that CBS was not at all happy with the direction of the show and gave directive to the showrunners to wrap up the Klingon war and get to Star Trekking ASAP.

The hugely divisive reaction amongst the fans also forced them into insisting on bringing the Enterprise in off the bench to salvage the show and pump up buy-rates.

See here’s the dirty little secret they want to spin:

CBS All Access had an “if you don’t like it cancel out clause” which a majority of those initial subscribers took advantage of after watching the episodes.

One thing is for certain: the bigger, beefier and in my opinion, uglier, gold painted, USS Enterprise NCC -1701 and Captain Christopher Pike will play a predominant role as well as a tastefully cast Vulcan Science officer.

Hopefully a de-aged William Shatner as Lt. James T. Kirk aboard the Farragut will at least make an appearance; the technology is certainly there.

Will there be more fan favorite Saru, Stamets and Tilly? Will there be less fan unfavorite Michael Burnham? One can only hope.

Star Trek Discovery season 2 is in full production right now and should return to All Access sometime in fall winter 2018.