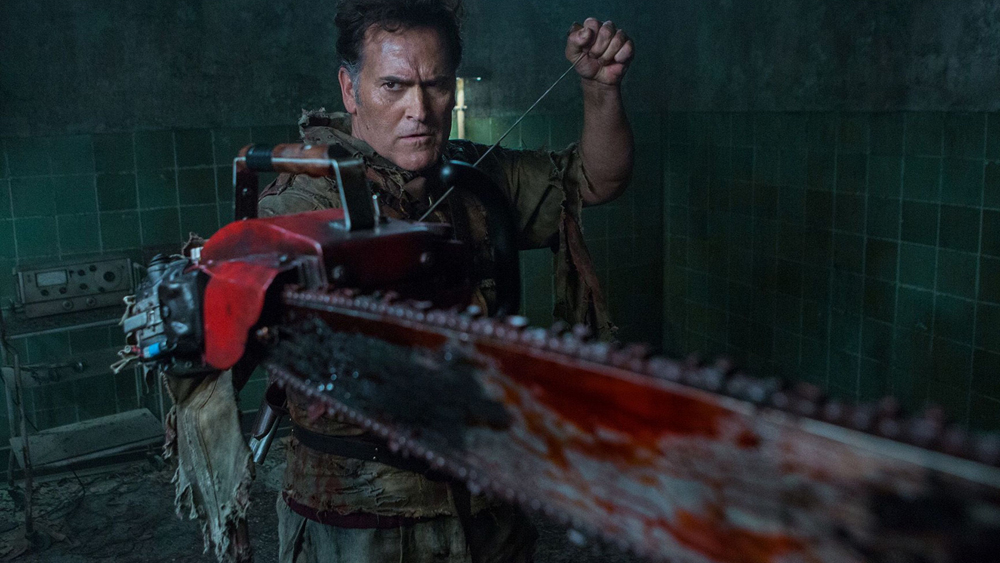 Alright you primitive screwheads, listen up.

Ash Vs Evil Dead has been a damn fun ride so far, and proves that revisiting past gories sometimes pays off – with the right people involved. It’s a knowingly unhinged, hilarious, splattery blast, with Bruce Campbell at his swaggering best as Ash.

The first two seasons of this demented show maintained an impressively consistent level of depraved quality and only really tripped over its dick slightly with the season two finale. That episode was hastily re-written in the wake of showrunner Craig DiGregario’s departure following a last minute ding-dong with long-time Evil Dead producer Robert Tapert, and the joins showed.

Still, if there’s a show that doesn’t fuck around and knows exactly what its audience wants – and delivers accordingly – its this one. So rip open a beer and settle down to boomsticks, bodily dismemberment, decapitations and the most politically incorrect of gags courtesy of Bruce Campbell, who remains, of course, The Man. 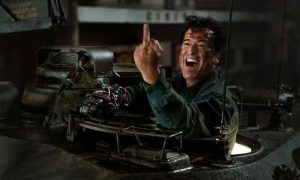 Ash Vs Evil Dead Season Three premieres Sunday 25th February 2018 on Starz at 9pm ET/PT in the US, and Monday 26th February on Virgin TV On Demand in the UK.