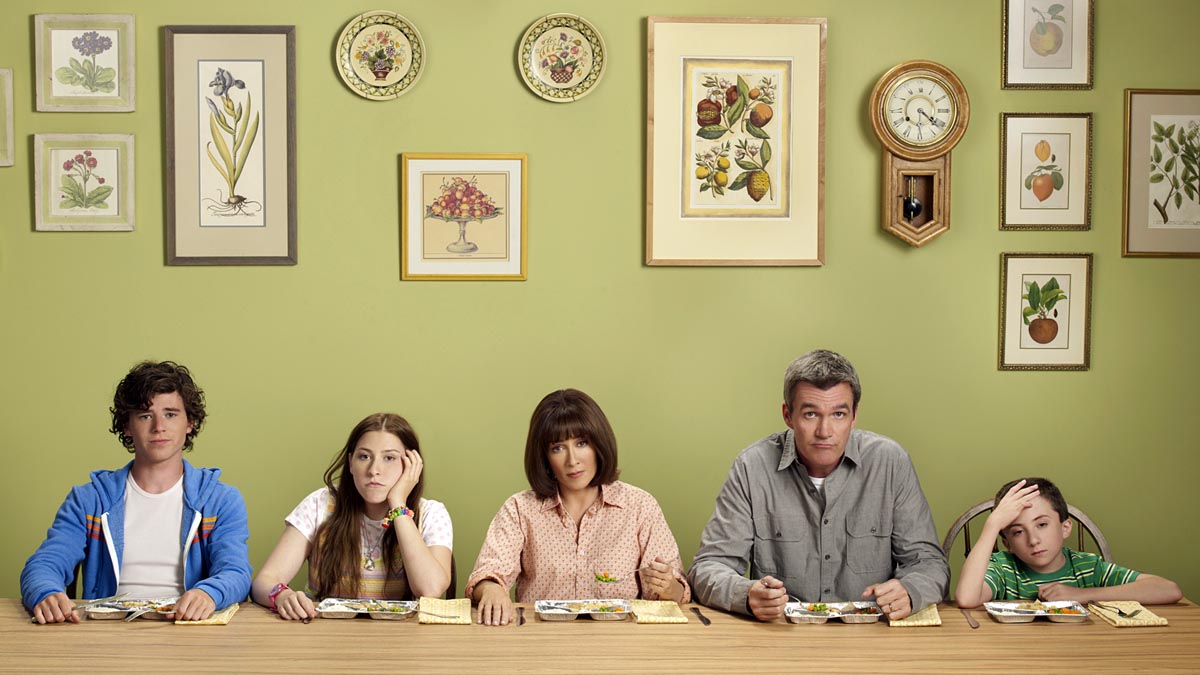 So The Middle Is Finally Coming To An End

The Middle of the title is about as on-the-nose as you can get.

Popular comedies like Friends and Will & Grace are often very funny, but they represent the lives of a very tiny minority of the population; one often centered in very tiny, but densely-populated geographical areas such as New York City or Los Angeles.

Classic comedies like The Cosby Show or newer hit comedies like Modern Family are often both well written and funny, but tend to focus on people at the higher end of the income scale.

In the case of Modern Family, they exist in quasi-believable but uncommon living arrangements, with atypical relationship dynamics. The values of shows like Modern Family also tend to reflect very contemporary, cosmopolitan and urban values that display the big city “left coast” point of view of the writers and creators.

Which is fine. But it’s nice that, for 9 years, there has been a show that looks a lot closer to my life, and the lives of most people I know. And that show is The Middle.

Writers Eileen Heisler and DeAnn Heline (who worked on Roseanne and Murphy Brown) created The Middle, and the sensibilities of the show have been far more Roseanne than Murphy Brown.

There have been a huge number of secondary characters and guest stars over the years, including Brian Doyle-Murray as Don Ehlert, Frankie’s boss for the first three seasons, Brooke Shields as the Heck’s white-trash neighbor, Rita Glossner, and the excellent Norm Macdonald as Mike’s highly unreliable brother Rusty.

These Are Real People

These people feel real to me . There are plenty of storylines that take them to extreme — in the context of the show — places for comedic effect. And there are often “slightly larger than life” aspects of all the characters. Yet I find myself identifying with them over and over again. I recognize experiences, emotions, and characters from Axl’s, Sue’s and Brick’s journeys through middle school, high school, and college.

I see myself, today, in Mike in almost every episode. I know Frankie very well, and the tenor of their marriage and child-rearing (while, again, exaggerated for comedic effect) is very familiar to me. Far more familiar than the chic cosmopolitanism of Modern Family or the dramatic convolutions of This Is Us.

I Have No Idea Who The President Is

There are a lot of things to like about this show. Unlike a number of contemporary comedies, the show has proven immune to contemporary politics.

You would have difficulty telling who the president was or what was going on politically in the country from anything occurring in the show, and that’s been refreshing.

But you’ll recognize the moment Frankie gets laid off from Ehlert Motors, or the time that Mike finds himself looking for a new job while the quarry is closed down.

I won’t say how I identify with the multiple times they’ve turned on the oven, forgetting they have a quilt stored in until the smoke starts coming out, but I do.

Even Brick’s adventure in cleaning the bathroom, in which every YouTube video he watches about cleaning the bathrooms leads him further down a bathroom-demolishing rabbit hole, resonates with me. I know that it’s like to get into a seemingly simple house project that turns into both a time-sink and a money pit.

The episode where Sue accidentally starts a party at the quarry (as she had been trusted with the keys while doing part-time work for her dad)  and her dad shows up to shut the party down — I recognize both sides of that story.

Sue’s trial with wearing braces is very familiar to me as a parent. Brick’s complaints of being consistently ignored ring familiar to me, as well, both from my childhood and my present job as parent.

It’s a show for people who work for a living, are exhausted when they get home, don’t have the money for fancy vacations or nice things, and like to watch a lot of TV.

I love this show, in part because it’s a life I know. And it’s a life I think that a lot of people know, and rarely see believably represented in popular culture.

It’s a show where the parents get sick of their kids, even though they love them.

It’s a show where the family has trouble paying their bills.

It’s a show where Sue’s best friend is gay, and some mild, sometimes slightly politically incorrect humor is mined from that, but it’s never a big deal.

There are no “very special episodes”. It’s just people in middle America living their lives, and finding real humor in that.

Real-life people struggling to make ends meet—and yet somehow making it all work—in a way that’s familiar to us isn’t actually that common on TV. Not today.

Two Broke Girls might as well be happening in an alternate reality. They aren’t believable characters finding humor in the real trials and tribulations of life, they are cliches created as an excuse for endless vagina jokes.

Superior Donuts is like that, too. Working class people (in Chicago, a favorite NYC surrogate) engage in witty banter in a show that feels like the product of a writer’s workshop in creating new cliches.

Perhaps if you lived in Chicago it feels believable to you, but I suspect even then it would seem arbitrary and strained (like, let’s face it, most CBS comedies).

Modern Family is funny and well-written, with occasional flashes of verisimilitude, but I know of few people who live like that. It feels like a show where there are only a handful of people would tune in to watch it and say: “That’s my life!”

Perhaps there are far more of those than I think, but there are also a whole lot of Mike and Frankie Hecks out there, too. It’s been kind of nice to have a TV show that both represents and finds humor in their day-to-day life.

I love The Big Bang Theory. It’s a great show. It’s been nice to see a semi-positive depiction of nerds, geeks, and geek culture on TV. It can also be very, very funny, and has created some amazing characters. It’s a show that’s so good I can’t believe it was created by the same guy who came up with Two And A Half Men.

At the same time, it takes place in Pasadena, which is basically taking place in Los Angeles. The most popular character, Sheldon Cooper, is an almost asexual genius physicist with a broad spectrum of Asperger-like symptoms who is now married to a brain scientist. His former-roomate, Leonard Hofstadter, is an experimental phsycist who ends up married to a former actress-model-waitress who later became a pharmaceutical sales rep. Their friend, Howard Wolowitz, is a man-child aerospace engineer and astronaut. Who is also married to a beautiful former waitress/microbiologist. And Raj Koothrappali spends the first couple of seasons literally unable to speak to women.

While I’d like my life to look like The Big Bang Theory, it doesn’t. I don’t imagine it looks like yours, but if it does: good for you! I find the enhanced comedic reality of The Middle much more familiar to me.

There was a great episode of The Middle where the Hecks mistakenly get the address of their generally happier and better-off neighbors, the Donahues, painted on their curb.

Suddenly, they’re getting free cable and the appliances are working without them having to jump through hoops. Everything seems to be going their way when the error is found and corrected, and they get the right street number painted on their curb.

The free cable disappears and the microwave stops working immediately. The luck of the Donahues has, alas, been returned to the Donahues.

I feel a little like that. For the past 9 years, I’ve been lucky enough that there has been a great sitcom on the air that feels so much like my life. Now someone has finally realized they painted the wrong address on the curb and they’ve fixed it.

Now, it’s no longer my neighbors luck I’m getting, it’s mine. And now The Middle is coming to an end.

So That’s It Then

It’s not all bad. ABC has ordered two additional episodes for the final season. The finale will be an hour long, and hopefully give some closure to some of the narrative arcs that have been woven through the previous 9 seasons.

While it may not look so much like my life if they do, I’d really like to see happy endings for the Hecks, and a return of some of the secondary characters on the show from over the years. I am looking forward to seeing that they do there. So that’s a positive.

Show creators Heisler and Heline, looking at the return of Roseanne, acknowledge the show could do a similar return run in eight years, or that there may be spinoffs of The Middle at just the time Axl and Sue would be moving into their own adult lives. They haven’t confirmed anything yet . . . But it’s always possible. So that’s kind of positive.

The final positive is, after 9 seasons, there is a lot of The Middle out there for the synidcation package. As of this writing, The Hallmark Channel (check your local listings) runs four episodes of The Middle on Monday through Thursday, and two episodes on Friday. The Middle is also regularly rerun on Freeform and is available online at Freeform.go.com with an account.

And for now until the end, The Middle is broadcast at 9/8 PM CST, Tuesdays on ABC.

So… we finished breaking the very last episode of #TheMiddle today. Overwhelmed with emotion. I can’t wait for you all to see it. pic.twitter.com/hTV1C4BIKK 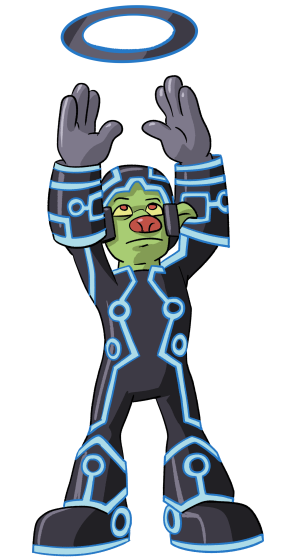