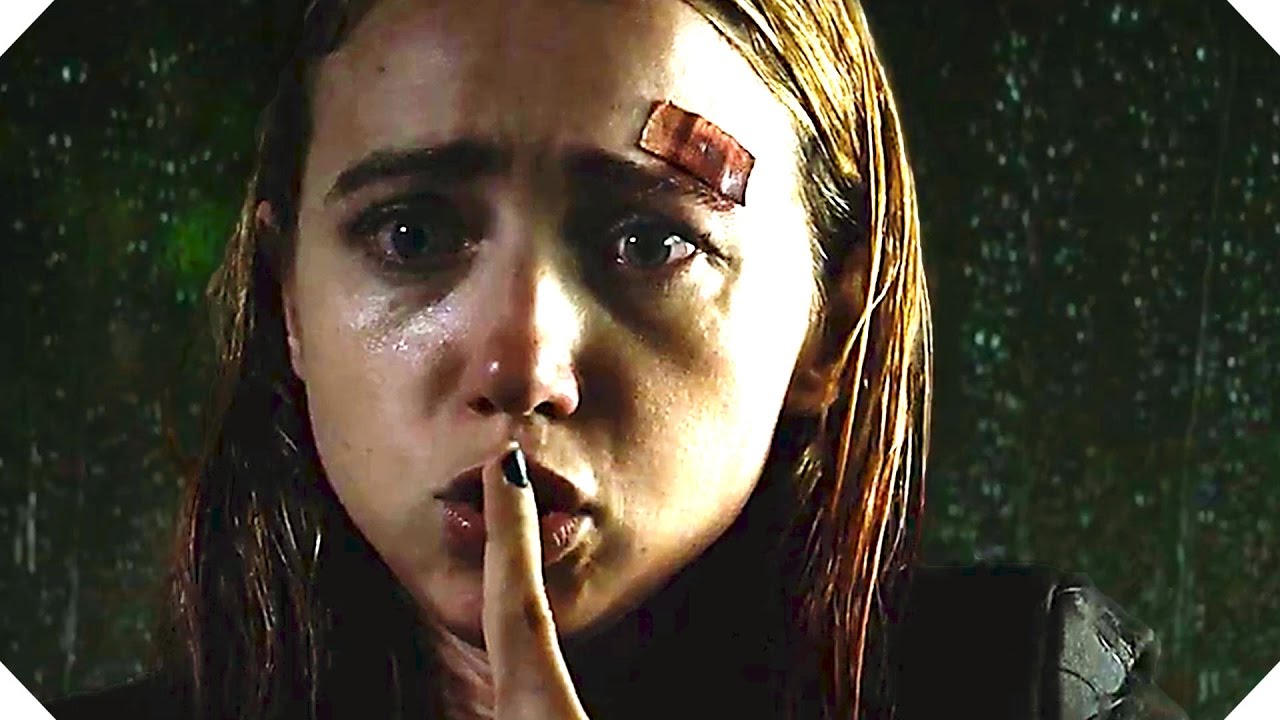 Ah, child abuse. It’s a rare thing for a movie to feature the horror trifecta of physical, verbal, and emotional abuse, all from the same character and all for the sake of nothing.

Quentin Tarantino makes it look easy to flesh out characters and have them interact, all while making it look natural. The hook for Pulp Fiction, at least for me, isn’t the opening scene, nor is it the catchy surfer tune played over the credits. For me it is the first conversation between Vincent and Jules. Instant characters and instant engagement with the movie.

The Monster, steaming now on Amazon Prime, attempts to hook us by showing a mom (Zoe Kazan) repeatedly screaming, “Fuck you!” to her school-age daughter (Ella Ballentine). What a way to build character and viewer rapport!

I should’ve known then and there that I was in trouble.

Some time later, the dysfunctional duo proceed on a road trip during a nasty rainstorm. At night. Naturally, they wreck their car and are stranded in a heavily wooded area, awaiting a tow truck to help the wrecked car and an ambulance to treat the injured mother.

Might be spoilers from here on out, cuz I just don’t give a shit.

As fate would have it, there is a dark entity with large fangs roaming the woods around our heroines?…women? I don’t know what to call them because I didn’t care about either one. I suppose I should care about the little girl or at least try to sympathize with her but I didn’t. Not even my dad-instincts kicked in.

In order to pad the running time to feature length, the editor and director use unnecessarily long cuts, especially during the monster’s first attack scene.

The tow truck driver shows up and, seeing the car has a cracked axle, decides to fix it then and there. In the middle of a rainstorm. At night. Instead of taking the girls into town and coming back for the car when the weather is better and, y’know, the sun is out.

Naturally, he is attacked and devoured by the creature.

Just before the girls are about to become creature kibble, the ambulance shows up and frightens the beast away with its flashing lights.

More mayhem enuses and the girls are left with one option: make a stand now.

I have no idea if the title refers to the creature or to the mother, because she is a horrible person and has a ridiculous character arc in this movie.

The character of the daughter is clearly inspired by both Ripley and Newt (Aliens) because the movie begins with a voice-over saying, “My mom told me that monters aren’t real but she was wrong” or something like that. And during the final confrontation with the beast, she yells, “Come on!” to goad it into attacking. All that was missing was the power-loader.

The creature effects are horrible. The design is poor and the execution is destitute. Man in rubber suit? Check!

I don’t know how movies like this get a green light. They spent time and money on this! Although now I am filled with hope that Darth Busey and I can actually get our reboot of The Naked Gun off the ground.