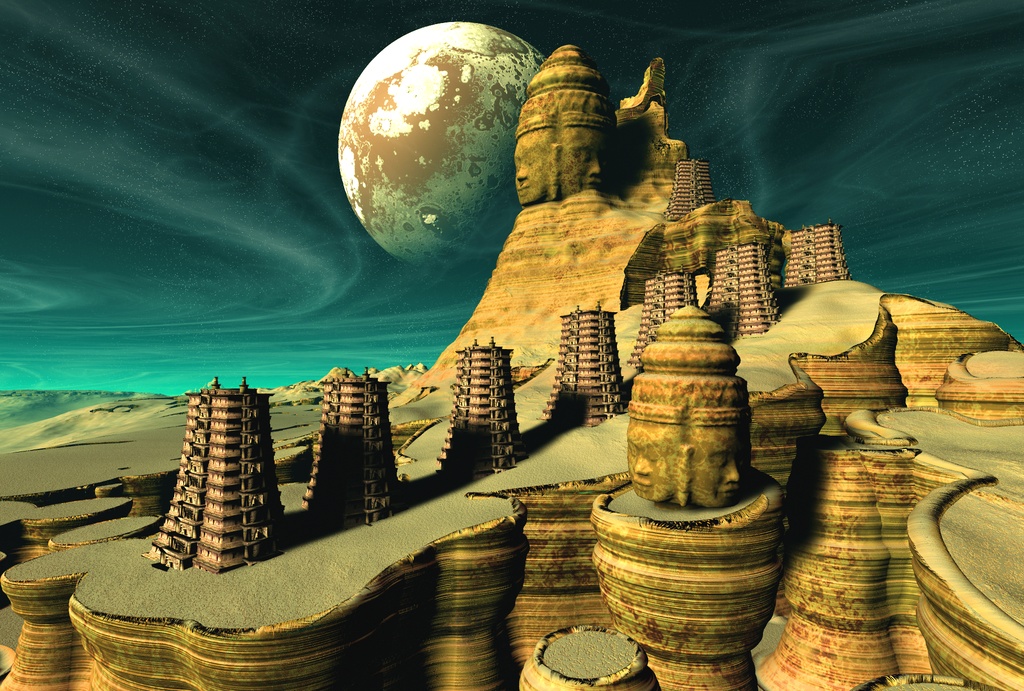 During last Sunday’s premiere episode of True Detective, while Wayne Hays (Mahershala Ali) is searching a residence, the camera pans across — and lingers on — an Advanced Dungeons & Dragons supplement titled The Forests Of Leng.

However, no book with that title exists in the D&D archives.

What Is This Secret Tome?

The title is a clear reference to The Plateau of Leng, a desolate tundra which often appears in the works of H.P. Lovecraft and can best be described as a place where worlds and timelines convert, in a way similar to Stephen King’s Dark Tower.

Somewhere on The Plateau of Leng, there can be found an ancient, prehistoric temple which sounds an awful lot like Göbekli Tepe, the oldest human city ever discovered.

This temple is the dwelling place of The High Priest Not To Be Described, a mysterious figure who leads a cult of goat-human hybrids that feed on the flesh of men.

Deep in the bowels of this evil church, inside a frightening domed room, The High Priest Not To Be Described sits on a throne of gold atop a stone dais in pitch-black darkness.

Five steps down from the dais is a row of six blood-stained stone altars surrounding a yawning well that is rumored to connect with the Vaults of Zin in the underworld.

From The Dream-Quest of Unknown Kadath:

…and there… sat a lumpish figure robed in yellow silk with red and having a yellow silken mask over its face. To this being the slant-eyed man made certain signs with his hands, and the lurker in the dark replied by raising a disgustingly carven flute of ivory in silk covered paws and blowing certain loathesome sounds from beneath its flowing silken mask.

When the Antarctic expedition team stumbles onto The Plateau of Leng in Lovecraft’s masterpiece The Mountains Of Madness, the temple is revealed to serve the Outer Gods and may have been used as an outpost of the Elder Things after they escaped to Earth.

Other than that not much is known about this Nexus Of Infinity.

It seems a lot of people purloined Lovecraft’s concept of The Plateau of Leng, including:

In G.R.R. Martin’s A Song Of Fire and Ice series, Leng is an island of forests and jungles where demons and sorcerers dwell, ruled over by a God-Emperess.

From A Wiki Of Fire And Ice:

In the depth of the island’s jungles are strange ruined cities, with massive, fallen buildings. The buildings are so overgrown with plants that only rubble is visible, but underground are endless labyrinths of tunnels that lead to vast chambers, and carved steps descend hundreds of feet into the earth.

No one knows when these cities were built or by whom, and perhaps they are the only thing remaining of some extinct people. Those who entered the underground ruins often returned mad.

So, it’s basically The Island of Madness? Oh, George.

Oh yeah, I almost forgot… The High Priest Not To Be Described is often referred to as The King in Yellow or alternatively, Hastur.

Do I Have Your Attention Now?

There is speculation that Nic Pizzolatto took his inspiration for True Detective from a massive French Call of Cthulhu scenario called L’heritage Greenberg, that was being passed around in the 1990s.

I will follow up on this lead and file an updated report.

Has Pizzolatto set up a shared universe where some pedophilic, human-sacrifice cult that worships ancient inter-dimensional space-demons is controlling the fate of Men?

I don’t know. This could all be some big atmospheric wankfest to get people reading the chicken bones and tea leaves for clues or it could be leading up to something yuge.

UPDATE: The Actual Prop Itself

There was some thought that The Forests Of Leng manual was recreated for the show using 1986’s Dungeoneer’s Survival Guide: 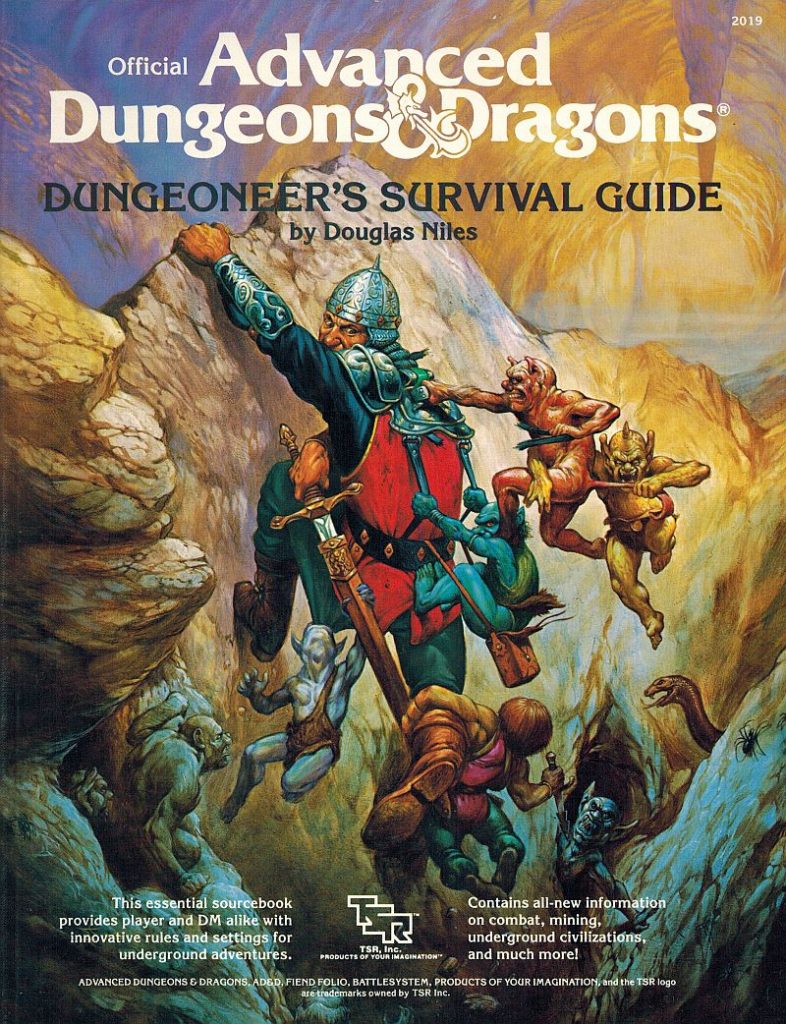 But as Reddit user Radax Glenn discovered, it looked to be entirely new artwork created specifically for True Detective: 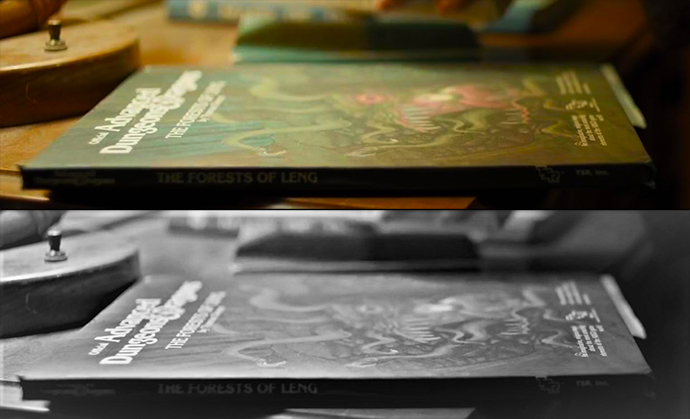 You can clearly make out some kind of tentacled beast whose gaping maw is filled with razor-sharp teeth. I think I can even make out a weirdly placed eyeball.

Wonder who that could be?

I hate to say this but it seems True Detective is just a terrible production staffed by lazy people, especially the set designers and assistants.

I mean, they used the wrong fucking logo: