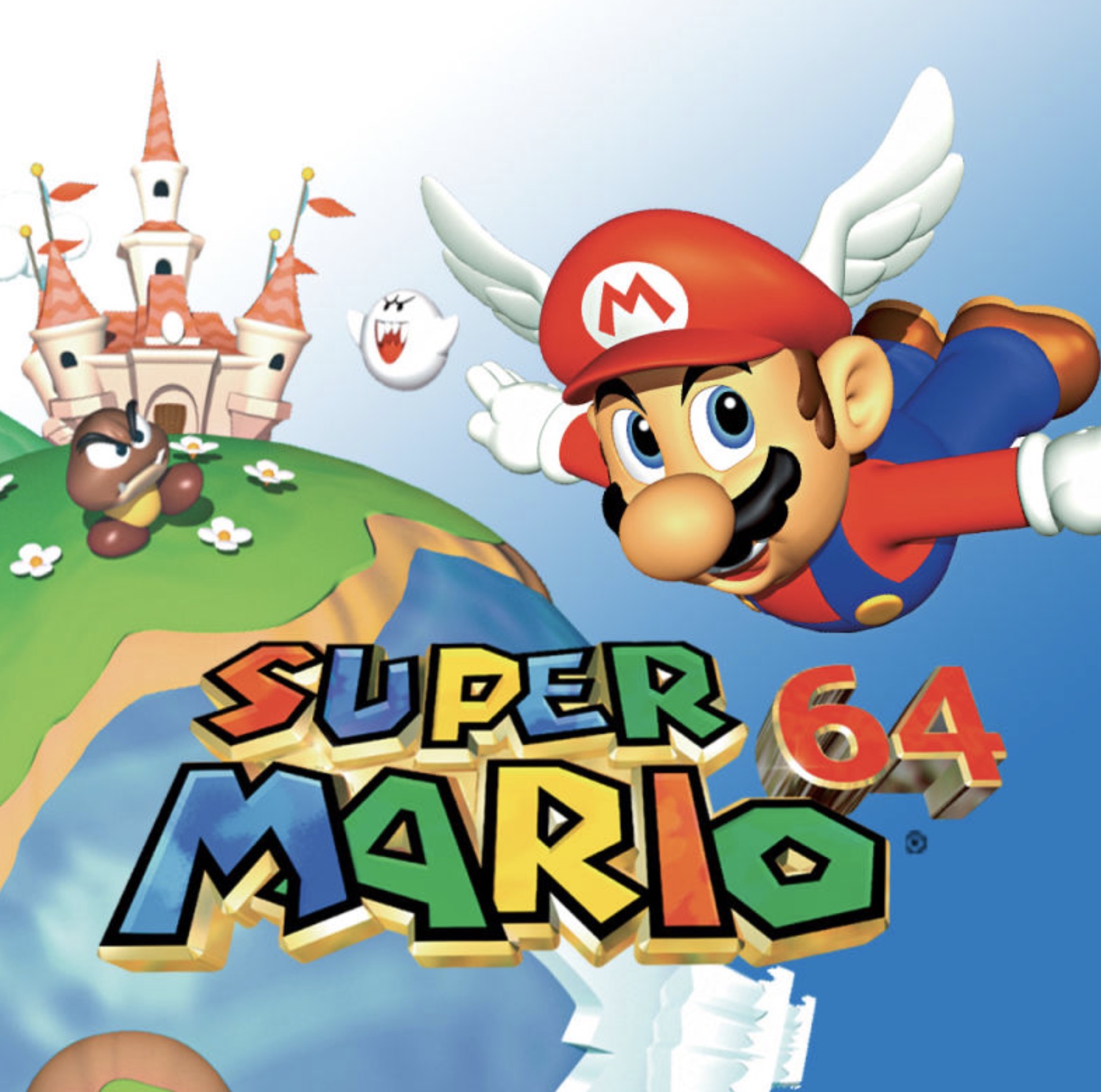 In the mid-90s, after being screwed over by Nintendo in a business deal to help develop the Big N’s next console, Sony decided to take the plunge and enter the video game market with the PlayStation (PS), one of the most popular consoles ever.

A few months later Nintendo released its next console, the Nintendo 64. 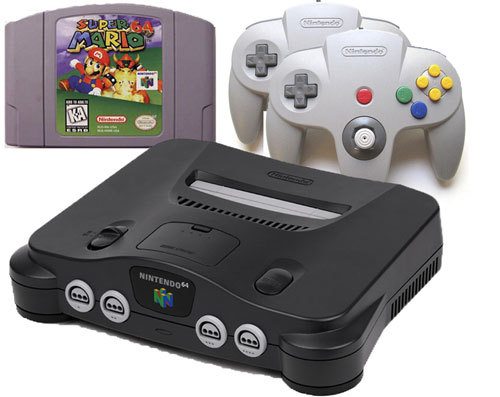 Though not as powerful as the PlayStation, Nintendo’s strategy to combat the PS was to follow the formula it has now become famous for, put out updated versions of their most popular franchises and watch the kids salivate.

But this generation of video games was different.

3D graphics were now the standard and for the first time, fans were no longer going to play their favorite games on a flat dimension.

In fact, Sony had a rule when the PS first came out that no 2D games were allowed. Your favorite characters were going to run around in a fully realized environment.

This resulted in classic games still considered the greatest of all time such as Ocarina Of Time, Donkey Kong 64 and the game we are going to focus on, Super Mario 64.

Where It All Started 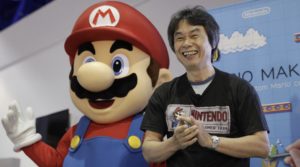 The main creative force behind the game was Shigeru Miyamoto, Nintendo’s equivalent to Walt Disney and Steve Jobs.

The idea for a 3D Mario game first came years earlier when he wanted to do a 3D version of the game for the Super Nintendo, however technical limitations prevented it from happening. But now that Nintendo has a console powerful enough to create polygons on the fly, 3D Mario was a go.

The game has a number of different courses in which you have to run around in and complete certain objectives to obtain stars. The more stars you get, the more doors you can open which open more courses to collect even more stars.

Like all Mario games, eventually you fight Bowser and save Peach.

You even get a kiss from her at the end. What a reward!

One of the most important things this game helped establish and that you still can feel its influence in games even to this day is its environment.

This is the game that all other 3D platformers are essentially based on.

Spyro, Rachet and Clank, Banjo Kazooie, they would not be around if not for this game. In fact, the original Banjo Kazooie is the same exact game just with different characters.

It’s like someone stole the code for Mario and made just enough changes not to get sued.

As already mentioned, this was the first-ever 3D Mario game.

Instead of progressing in the world in a linear fashion and going through each level in order as before, you had the ability to go through the game and complete tasks in the order in which you choose, provided you had collected enough stars to unlock the level you want to play.

Most levels were pretty fun to run through, unfortunately having to go back into a level as soon as you complete it lead to the problem of repetition and the feeling that you were just doing the same thing over and over again.

You just climbed the mountain to get a star, now you have climb up it again to collect a different star?

The worst part of any Mario game is always when you have to swim and this game does not disappoint in that regard.

The water level is just a masterclass in frustration. The controls were never comfortable and after 30 years Nintendo still has not figured out how to make swimming work well or feel right.

Same thing when you had to fly. It just felt like swimming in the air and hard to control.

Just go and play Mario Maker for a bit. No one creates water levels on that thing because those levels just suck.

Another frustrating part of the game was when you had to go down a slide. The slightest miscalculation and you fall off and die. And it was always timed or you were in a race, so you were constantly rushing on them, which just led to even more deaths.

It felt like being hit with the blue shell in Mario Kart.

The camera was OK but had a lot of issues where things would be blocked and you did not know what you were doing. Nintendo has greatly improved it in later generations and games.

At the time, the graphics were considered pretty good, but this was before consoles were able to render things to look lifelike or like high-quality cartoons.

Looking back at it now though, the graphics look kind of derpy. 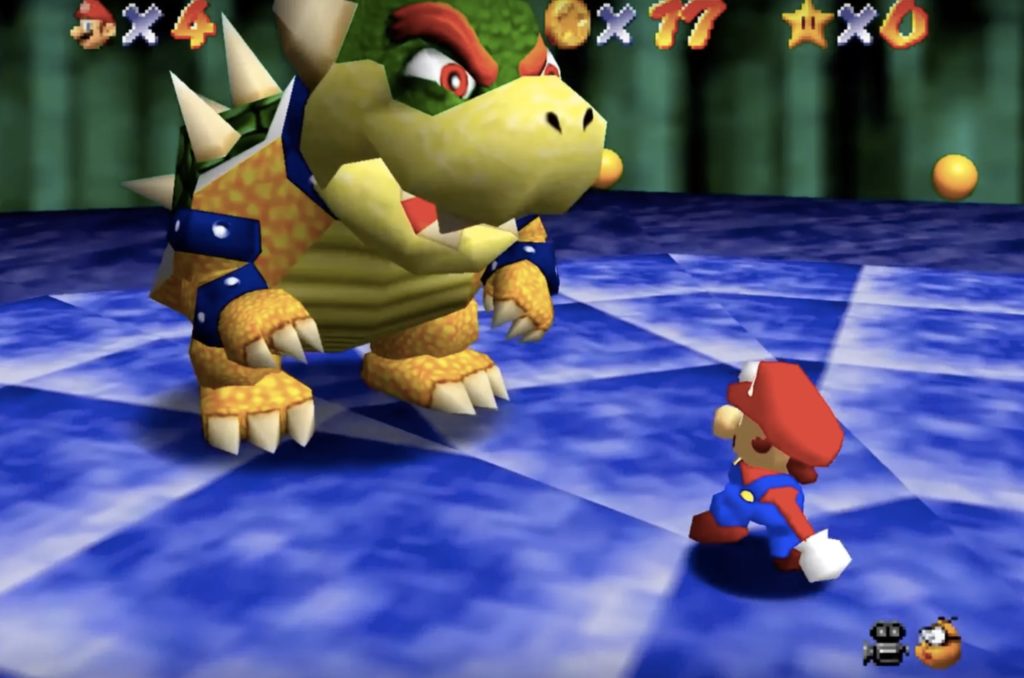 It’s kind of hard to believe that it passed for good at the time. At times things would look kind of pixilated and the game overall had a kind of muddy or dirty look to it. But a lot of that had to do with the limitations of the software at the time.

There was a bonus at the start of the game were you could manipulate and stretch Mario’s face before the game started. It was meant to show off the power of the system and I guess if you’re an 8-year-old it’s kind of fun, but I always thought it was kind of useless and lame.

One of the biggest issues with the game that I also had at the time and still do is that Mario 64 feels like Ocarina of Time.

I don’t know, maybe they used the same engine for both games or maybe it was the tech restrictions at the time, but both games felt like they were taking place in the same world.

Peach’s castle in this looked like it could of been used as Hyrule Castle in that game.

A field in this game feels like a field in Zelda. 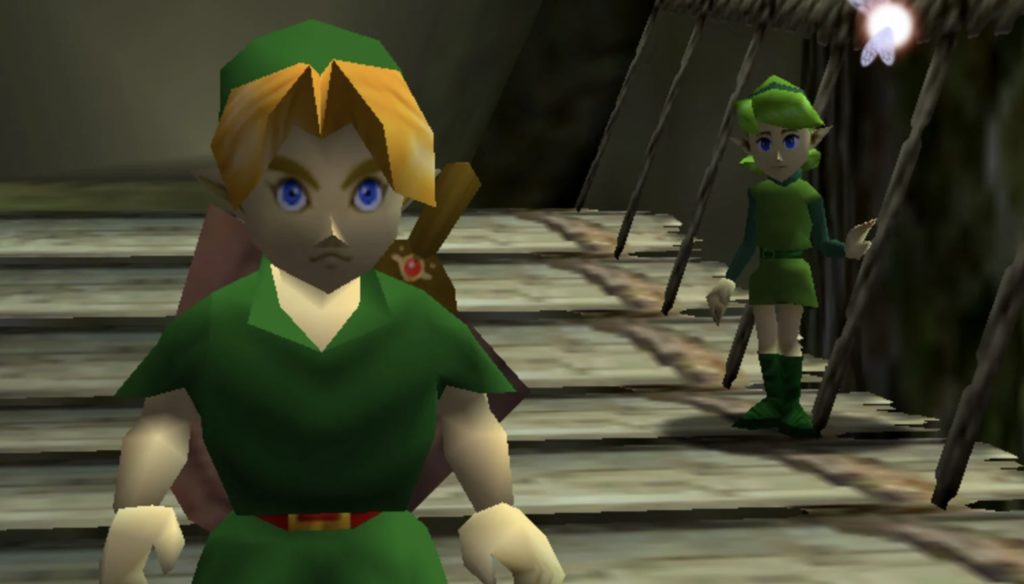 Or that just me?

The game was a launch title for the N64 and was the system’s biggest hit, selling over 11 million copies.

As you can tell from what I’ve written so far, I do not feel the game has aged very well at all. It feels like an old relic. It contributed greatly to gaming and a lot is owed to Nintendo for making it, but it’s just not fun anymore.

Every 3D Mario game that has come out since has probably surpassed it.

Even Mario Sunshine, which received pretty mixed reviews at the time it came out, feels like a better and more innovative game than Mario 64. 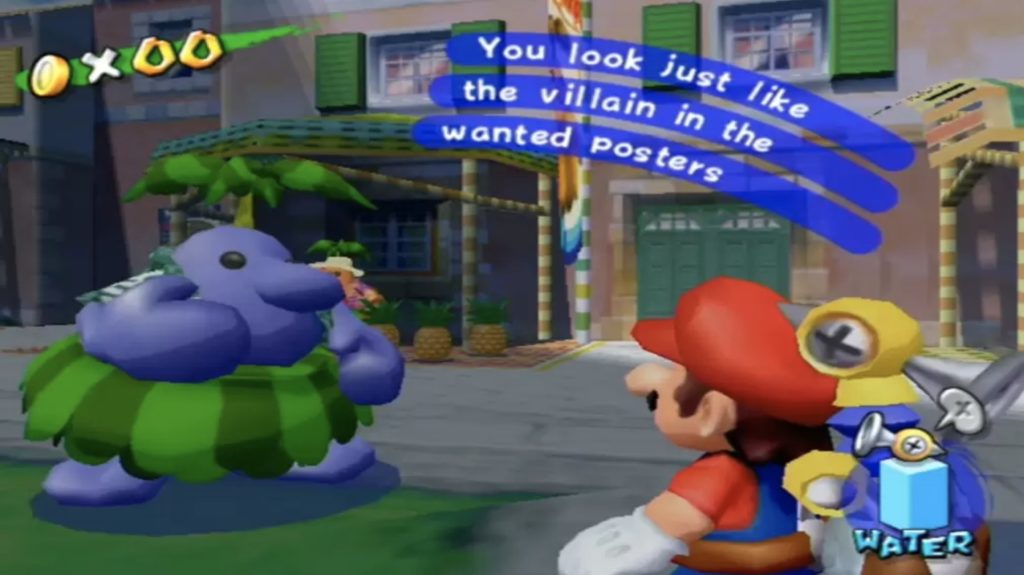 Eventually, years later, Nintendo re-released the game for the 3DS.

It was essentially the same game, but in order to get people to buy it again, they added new playable characters to the game, like Yoshi and Wario, plus a bunch of mini-games.

So what they did was pretty much the same as just giving Malibu Stacy a new hat.