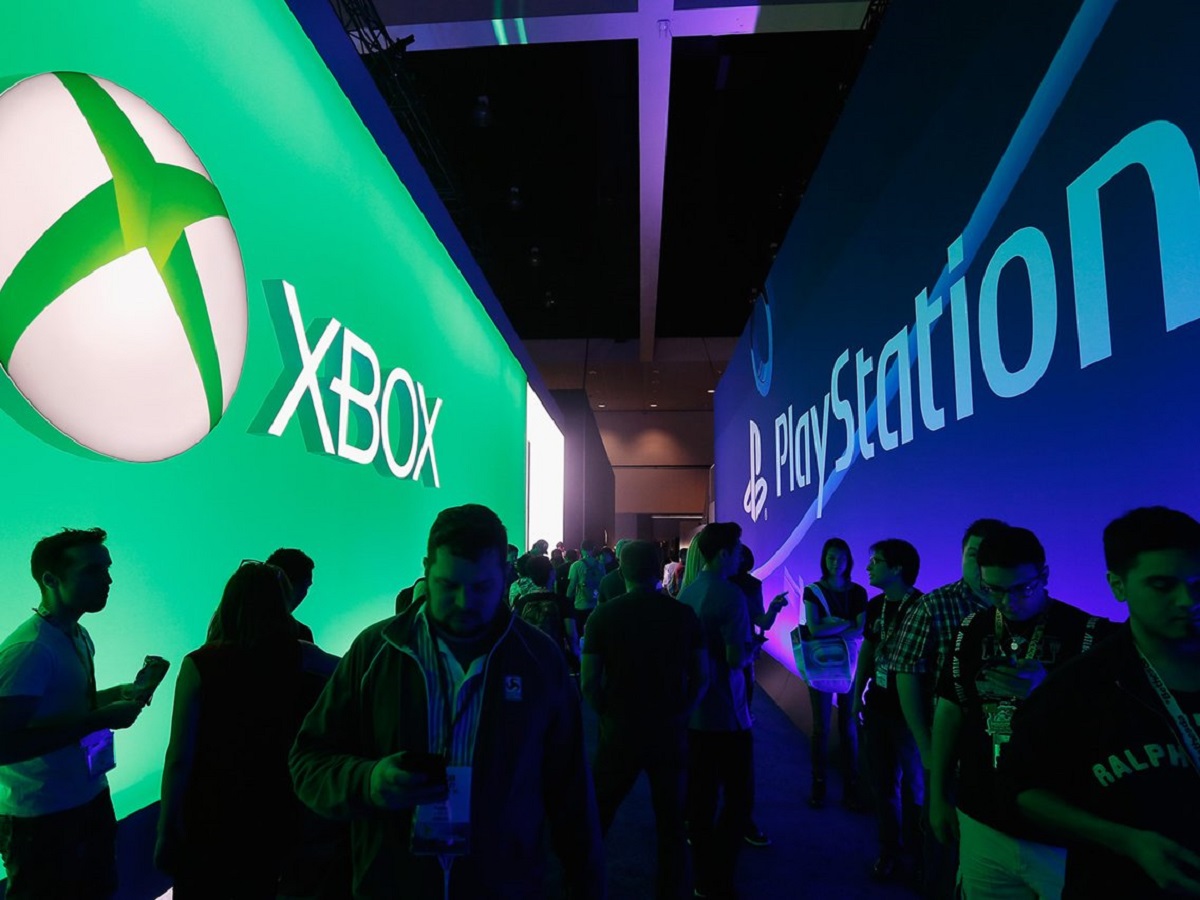 As much of the world plows along with their Xbones, PS4s, and even Nintedo Switches, I’ve been going back and picking up the games that looked cool about ten years ago, but I was too poor to buy at the time. There’s nothing like waiting till the mid to late life-cycle of the current console generation to pick up the previous gen’s games at next to nothing prices.

The seventh console generation was different from the previous as Nintendo broke with tradition and offered a less powerful system with the gimmick of motion controls. This resulted in the PS3 and Xbox 360 being the more powerful systems and the more comparable.

Although Nintendo’s Wii sold more consoles, the majority of those languish in dust-covered corners of old folks’ homes and thirty-somethings trying to recapture the magic of their youth.

I try not to give too much of a shit about the battle of casual versus hardcore gamer, but the Wii was severely derailed by the amount of shovelware pushed out to the system in order to make a quick buck.

I still own my Wii, but I use it more as a GameCube than I do for Wii games.

Going by the numbers, the PS3 just edged out the Xbox 360 in terms of lifetime sales. However, due to the colossal fuck up that was the red ring of death that plagued early 360’s, Microsoft had to take a huge bite of the shit-sandwich they had forged and pay to repair those systems, eating up a huge chunk of their profits. Ironic that my original fat PS3 broke on me, but the used Xbox 360 a friend gave me over five years ago is still plugging along.

While Microsoft and Sony both had their own console exclusives, the majority of their libraries are shared by cross-platform releases from third-party developers. I decided to make the list cross-platform only as I do prefer the Sony exclusives more than Microsoft’s, as I am not a fan of first-person shooters, and I didn’t want Sony to dominate the list.

I am sure most people will disagree with my list as it’s not what they would say, and that’s fine. Everyone has their own preferences, but some are just more right than others. With that said, here’s my list:

Sports games are often overlooked on best of lists unless they focus more on the arcade style of gameplay. The yearly sports games are seen as disposable fodder serving as the necessary evil to appease fans but are to be forgotten once the next iteration is released. I find contention with this view as the constant tinkering ultimately means I’ll prefer one release of a title to another.

With MLB’s The Show being a Sony exclusive, there was no decent baseball game available for the 360. That being said, Tiger Woods PGA Tour 12 gave golf fans the ability to finally grace one of golf’s most hallowed courses in Augusta, Georgia.

I can count the number of times I’ve played traditional golf by holding up my fist and extending my middle finger straight up. However, I enjoy video game golf considerable. While I favor the wackier course designs in Mario Golf and the Hot Shots Golf series, taking to the real-life courses is a nice change of pace. The career path is ultimately more rewarding as the culmination of the game is finally getting the green jacket draped over my shoulders.

I may never come close to cutting par in real life, but in this game, my digital self can mop the course with Tiger Wood’s sex-addicted ass.

This is a bit misleading as it’s not a certain movie site’s contributor’s privates and is really meant for one title released in this package: Portal. I have never bought into the hype of the Half-Life series and I typically detest playing online, so Team Fortress 2 doesn’t hold much appeal, either. Instead, I prefer single player experiences that leave a lasting impact.

The First Person Shooter genre was something I enjoyed from its infancy, starting with Wolfenstein 3D and Doom, I puttered out on the genre at the start of the PS2 era, with Unreal Tournament and Medal of Honor: Frontline being the last ones that ate up my time. In college, my friends played countless rounds of Halo by linking their Xboxes via a LAN cable through their dorm’s bathroom, but it never clicked with me and much preferred the epic battles we had in Soul Calibur II.

While Portal is a short game, being able to complete it in only a handful of hours, it covers a wide range of emotions, going from light-hearted to surprisingly dark. Not so much a shooter, Portal is a puzzle game in disguise. Figuring out the exits to the level required a rudimentary understanding of physics and outside the box thinking.

Although I played this the least of the games on this list, it’s a lasting experience that still sticks out when thinking of this era in gaming, despite the stupid memes it inspired.

The Castlevania series wrote itself into a bit of a corner, retconning the beginning of the series a few times. This reboot/alternative universe take on the story revitalized the series that was seemingly exiled to handhelds, remaking Symphony of the Night forever. The previous console entries were moderately well received but lacked the true punch a Castlevania game should have.

Lords of Shadow puts players in the shoes of Gabriel Belmont on a quest to destroy the Lords of Shadow in order to stop the evil that has infested the land. Ultimately, the player does encounter werewolves, vampires, and other monsters associated with the series, but this game doesn’t end with facing off against Dracula. The twist this series adds makes it a cool “Elseworlds” type of story, which is how I view it in overall canon.

The game combines several types of popular game genres into its own experience. While combat is similar to the God of War series, there are a few giant-sized bosses that will need to be removed Shadow of the Colossus style. Mix in a beautifully dark Gothic world for it to take place in, and the result is a game that stands out against the derivative titles of this generation. The sequel, not so much…

More than simply Grand Theft Auto in the Old West, Red Dead Redemption fulfilled the promise that Gun failed to fully deliver. Why do we play games if not to escape our own world?

Taking up the role of John Marston, an ex-outlaw forced to take down the members of his old gang, the player is free to explore all the frontier has to offer. Taking place in the early 20th century, the game also offers a different take on the Wild West where the world is a little more settled by average people, and it’s more than simply black and white hats shooting at each other.

When people discuss atmosphere in a game, I usually think they are talking out of their asses, but this game truly recreates its world. In fact, one of my strongest and most precious video game memories is riding over the border into Mexico on my horse. In these types of games, I typically move from mission to mission, but in Red Dead Redemption, the true joy is exploring the landscape and seeing where the game takes me.

With the release of the West World television series, I was prompted to revisit this game, and I found it just as enjoyable, if not more so, than I did on my first playthrough nearly a decade ago. Along with the traditional game, there is an Undead expansion pack that can be added if you’ve ever dreamed of shooting zombies in the Old West.

After playing the first entry in this series, Arkham Asylum, I didn’t think Rocksteady would be able to ever surpass that effort, but I was pleasantly mistaken. Arkham City is playing a comic book come to life, and there’s no better sandbox for that to happen in than Batman’s.

Thanks to the vocal efforts of Kevin Conroy and Mark Hamill as Batman and the Joker, respectively, this game is like the Animated Series in a more grownup style. Along with the Joker, the rest of Batman’s Rogues Gallery is represented either in direct representation or referenced somehow. Hell, even Solomon Grundy gets a boss battle.

Immersion is a theme that keeps showing up on this list, and this game truly makes the player feel like Batman. Not every enemy is taken down by sheer strength, and there’s actually quite a few different tactics that are required to finish off some enemies. The boss battle with Mr. Freeze highlights this perfectly. The player also gets to play with Batman’s different gadgets and can unlock upgrades by completing various alternative tasks.

I could easily fill up several articles on this game alone, but I think the greatest praise that I could give this game is it did something to me that few games rarely do. As soon as I beat the game, I immediately started it again.

As I said, this is my list, and gaming tastes are just as eclectic and varied as pornography preferences. Sound off in the comments in what would make your list. 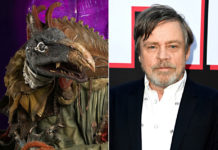