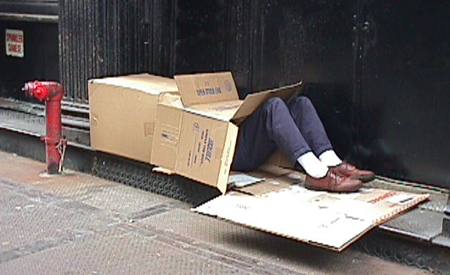 2017 was a pretty hot year for Nintendo. Coming off of the disaster that was the Wii U, it looked like the company was righting itself and making all the naysayers who said they should focus only on software eat their rotten shit thanks to the success of their new console, the Nintendo Switch.

Releasing in the spring of 2017, the console touted the must-have game of the year, The Legend of Zelda: Breath of the Wild, followed later by another instant classic in Super Mario Odyssey.

Nintendo being Nintendo, though, couldn’t help themselves and announced Nintendo Labo last week, leaving most fans asking the same question: “Who the fuck is going to pay $70.00 for cardboard?”

It appears Nintendo is taking the old cliche that children would rather play with the box than the fancy toy that came inside of it to the next level by combining the two. With Nintendo Labo players can use cardboard templates to make their own poorly constructed add-ons that appear to provide nearly minutes of fun!

I’m also sure these products will be super easy to put together for little children and not make countless parents across the land curse the day they ever allowed their seed to con them into spending $10 over the cost of a new AAA title on a project that devours their entire weekend only to end up being below IKEA quality once constructed, giving their children the first glimpse into what a failure their parents truly are.

Yes, there is a game that goes along with package, but without the cardboard accompaniments, it’s hard to see what value the game would have on its own.

Could it possibly be even lamer than 1-2-Switch?

While I applaud Nintendo for continuing to think outside the box with their systems and peripherals, this product looks like it’s going to fall into their bin of products no one asked for. Yes, the 3DS is a pretty successful handheld, but its launch was a failure that forced Nintendo to quickly drop the price, and when was the last time anyone used the 3D feature for more than a few minutes?

I won’t go into the Wii Vitality Sensor or the DS glucose monitor, except I just did!

Of course, I’m just some asshole on the internet and Nintendo is a century old company that has more successes to its name than I do crusty socks hidden at the bottom of my laundry hamper.

Now if you’ll excuse me, I have some laundry to take care of… 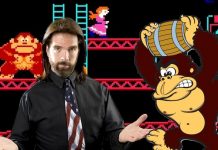 THE KING OF DONG: The Fall of Billy Mitchell 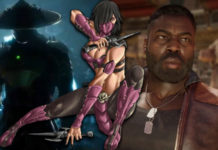