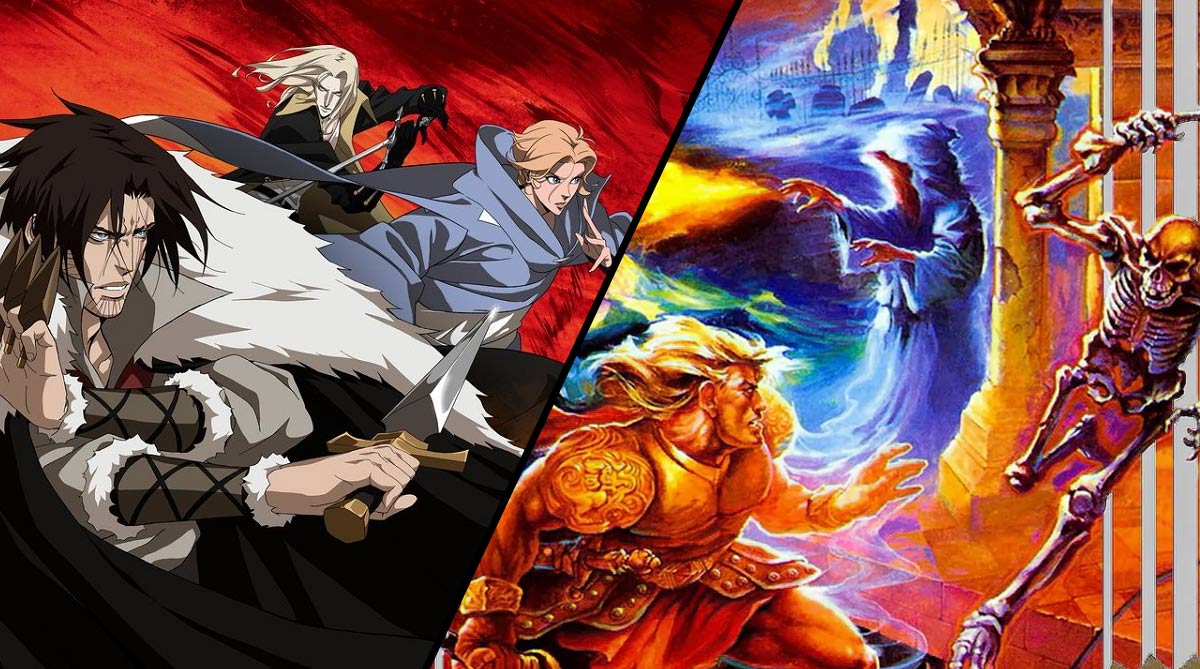 The news of an animated movie about the NES’s Castlevania III: Dracula’s Curse floated around for years, and I recall hearing news about it while I was in college over a decade ago. Naturally, there was much excitement when Netflix announced they would be debuting a show based on the series of games in 2017, but not many more details were provided. When I first heard the news, I assumed it would come out sometime around Halloween due to the whole vampire theme, so I was pleasantly surprised when it came out in July of last year.

The meager four episode initial offering feels more like a proof of concept rather than a full season; nevertheless, it makes for a decent way to kill two hours for fans of the games.

The series begins with Lisa showing up at Dracula’s castle due to her desire to be a doctor, and who better than to teach her the ways of science than a centuries old undead monster? Anyone who has played Symphony of the Night, or read the instruction book, already knows about Lisa’s fiery end. Apparently, though, Dracula was off walking the earth in order to renew his connection with humanity after Lisa’s prompting, so he missed the BBQ. Naturally, this kills whatever humanity he has left and puts the events of the series in motion.

Seeing as this series is taking its cues from Castlevania III, the Belmont protagonist is Trevor, an excommunicated member of a noble family who appears to have fallen on hard times. He is a bit of an asshole, but I guess after his family is ostracized by Eastern European Rednecks for previously saving their lives from the undead, it’s not that hard to fathom. Although the creators went with the too-cool-for-school hero, it’s preferable over the 100% noble boy scout they could have gone with, so there’s that, I guess.

Those familiar with Castlevania III will see some other familiar faces. Although one of the Trinity is missing from the showing, I’m hopeful they will appear in the next season.

Alucard, the son of Dracula and Lisa (at least in the games), is in the show, but according to the timeline, he’d only be like 20 years old so I’m not sure why they try to make him come off like this ancient entity. There is some talk of this prophecy that involves him coming from the future, so maybe time travel will play a part in his story, or I’m just overthinking it.

After the first episode, Dracula disappears from the scene, which fits in with the style of the games and having the big reveal come at the finale, and the church, notably an overzealous bishop, takes over as the main villain.

In an unexpected turn, the protagonists spend most of the series battling against the fear-mongering of the Inquisition-style church doings. The church is blaming the appearance of the monsters destroying their homes on a nomadic group called the Speakers, so hilarity ensues.

The animation style fits the series, but the most interesting visuals come in the first episode. Dracula’s flaming head that transitions from his natural face to a screaming skull is pretty sweet.

From there it devolves into more standard fare, but there is a rather nice scene of a demon confronting the bishop in his church that also stands out.

The voice actors are also reasonably cast, as well, with Lisa being the only one that feels like her voice should be coming out of a different body.

With only four episodes in the first “season,” that equal about two hours of entertainment in total, it’s hard to draw a definitive conclusion on the series. Overall, I like what they have shown us so far, and I’m curious where they plan to go with this for future seasons. Naturally, the new season, debuting next week on Netflix, will most likely show the rest of Trevor’s story, but I can’t see him going much beyond that.

Luckily, with Dracula rising every 100 years, the groundwork from the games is already in place for them to go forward. Also, with the introduction of Camilla in the new season, it doesn’t look like the creators plan to strictly adhere to the storyline of the games, and they may elaborate where it makes for a more interesting narrative.

Ideally, once the Trevor story is wrapped up, it’d be nice to see a season on Simon and his adventures, and then the final season can be Rondo of Blood/Symphony of the Night. If they want to go beyond that to the not-so-distant future Sorrow games or go back in time to Lament of Innocence, I’m all for that too. My only hope is that the goat fucking references are maintained until the conclusion.

After knocking it out of the park on its first outing, the Castlevania series took a slight detour before returning to the familiar gameplay style of the first game. This time around, the Belmont of choice is Trevor, or Ralph if you’re playing the Japanese version.

It was heavily implied that Sonia Belmont, the heroine of Castlevania Legends, boned Dracula’s son and gave birth to Trevor, but that game has been retconned.

Instead of just making players follow the same course every playthrough; however, the third game offers branching paths as a way to vary the gameplay.

Depending on the path taken, though, players can run into three potential allies: Grant, a pirate; Syfa, a sorceress; and Alucard, the son of Count Dracula. Killing my dreams of ever seeing a Castlevania three-way, you’re only allowed to take one character with you.

It’s frequently a Sophie’s Choice type of situation as each auxiliary character brings their own unique abilities to the game:

You have the option of taking no secondary character with you, but that’s boring as fuck.

As beautiful as the first game looked, Castlevania III surpasses it on every level.

While I’m sure there might be a better looking NES game, I’m hard-pressed to think of a rival. From walking up the steps of an old cathedral, jumping on gears in a clock tower, sailing across the ocean on a decaying ship, and battling through Dracula’s castle, the NES is stretched to its full potential here.

The game not only bests its predecessors in the graphics department but the difficulty factor, as well. The U.S. version of the game is a special sodomy-fest that has bested me until this very day. I’m sure if I bothered to devote myself to beat it, I could accomplish the task, but even then I’m not sure. I remember the frustration of watching my brother’s futile struggle, trying to beat all three forms of Dracula.

Mercifully, there is a password system as this is also a lengthy challenge. Thanks to the internet, you can go online and be at Dracula in a matter of minutes. When playing these games though I prefer to do it old-school style and will only use passwords I’ve collected on my own. Chances are I end up losing them and have to start from the beginning again, anyway. Such is my struggle.

Castlevania III, from a technical perspective, is the best game in the series on the NES. My personal preferences flip-flop between this and the first one, depending on which one I’m usually playing at the time. I would rank it high in the series overall, possibly even putting it second behind Symphony of the Night for my personal list.

Going by strictly the old-school style of Castlevania, and excluding the Metroid-vania offerings, it may even take the top spot.

A lot of my fondness for this game is tied up in nostalgia as this is the only Castlevania game my brother and I owned as kids. Therefore, most of my understanding of what a Castlevania game should be was solidified by this game. When I was rebuilding my NES library, it was the first one I procured.

If you’re looking to experience the game, there are a couple of options. The game was released on the Virtual Console, but I’m not sure if those are still up and running at the moment.

The cart goes for a little more than the average NES game, so you’ll be looking at about a $30.00 price for a cart only version. It’s the only one of the NES games not included on the NES Classic, but there are certain ways of adding it if you get a hair up your butt to do so.

So who gets the gold medal and who gets the stake through the heart? Unfortunately, there’s not enough of the show released yet to make a decision in this showdown.

If I had to choose, I would pick the game by default as the show is still incomplete. Look back here in the near future as I will give my input on the second season once it drops. 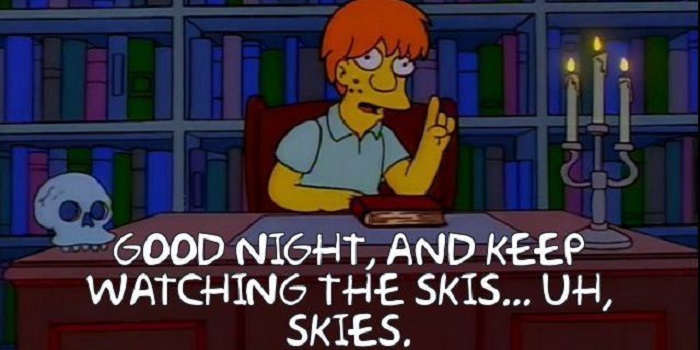 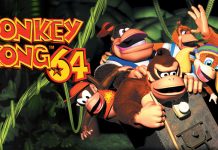 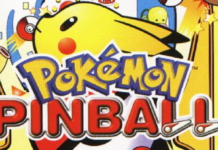