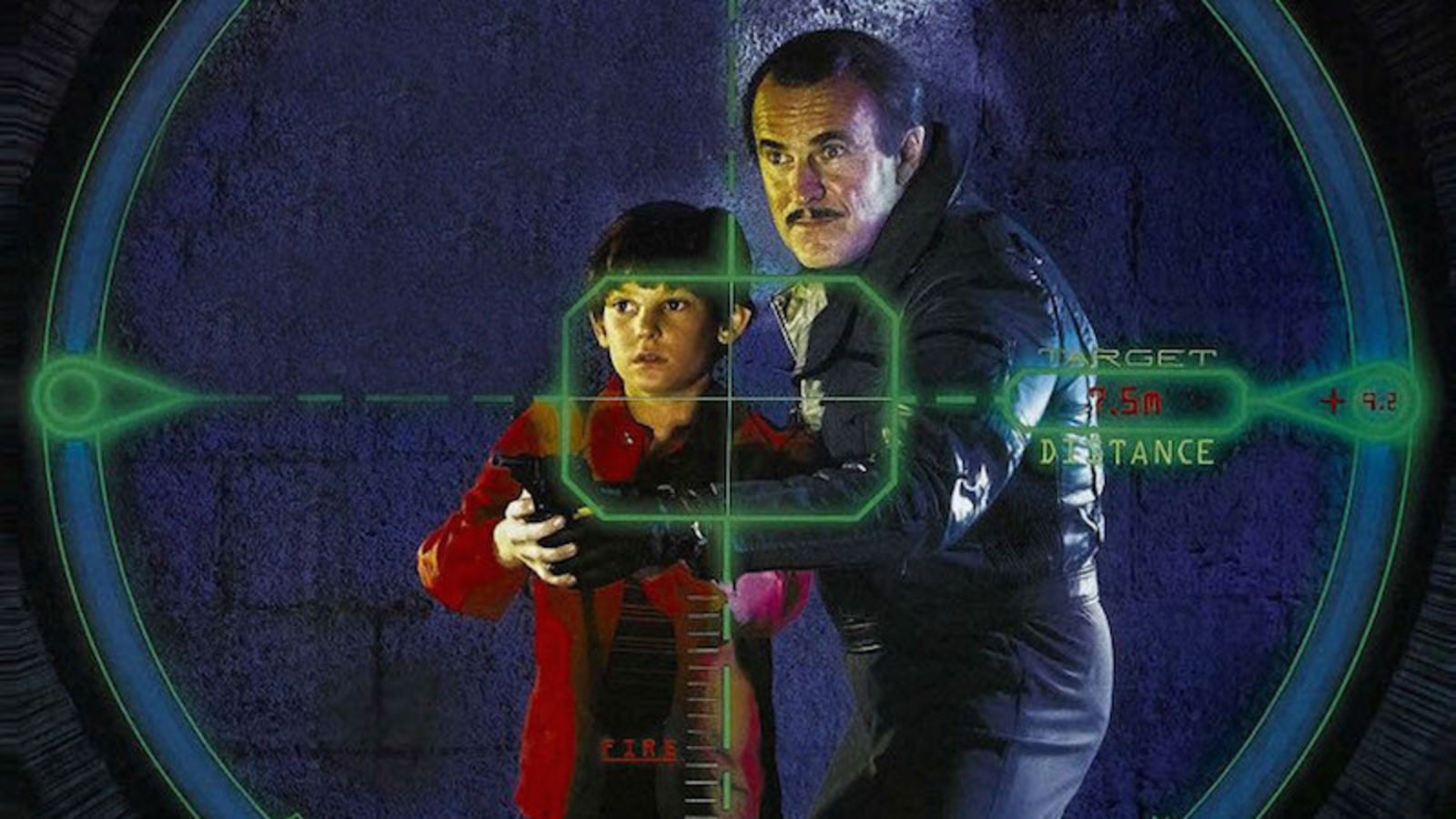 Advertisements described as movies are more common than we would like to admit, and while there are plenty of original ideas in Hollywood, they frequently get Frankensteined into commercials they never had any intention of being.

I guess that’s the cost of doing business, though, and if your unique vision can be used to sold crap to kids then there but for the grace of God go I.

Save some bullet riddled bodies, Cloak & Dagger is a kid friendly espionage film.

It would have been fine on its own, but instead it rams in a game about some guy defusing bombs or some shit into the plot of the film.

Coming off the success of his role in E.T., but a couple decades before his career defining role as Hank Williams, Henry Thomas plays not-Elliot, Davey Thomas: a boy who hangs out with a girl and some pedo at the mall.

Aside from his questionable taste in friends, Davey has an active imagination and frequently imagines exploits of his hero Jack Flack, a suave spy version of his own father.

Sex personified, Dabney Coleman, serves in a dual role as both the super-spy Jack Flack and schlubby father Hal Osborne. He kind of resembles the character from the video game the film is named for; however, we never get to see him dressed up in that smart green trench coat and fedora. 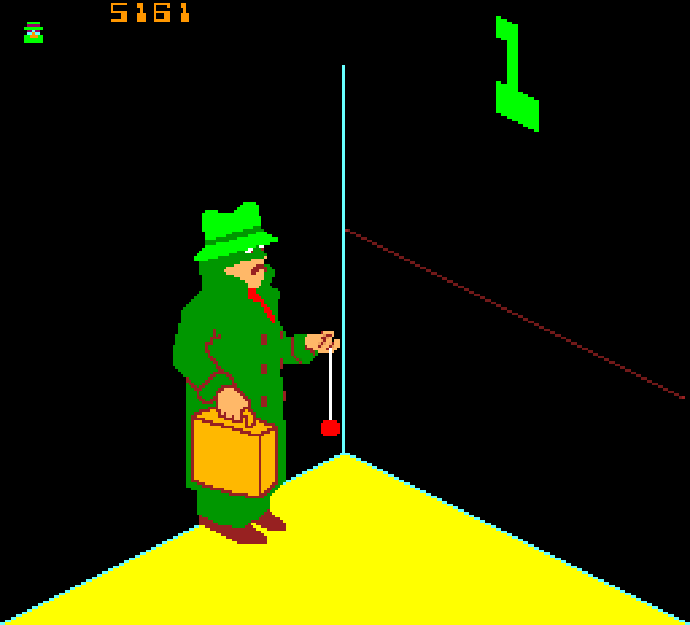 The film is mostly shot on location in lovely San Antonio, save for the interior shots of the Alamo and a few other spots. This doesn’t really play into the story in any meaningful way, but it does make me wish I was watching Pee Wee’s Big Adventure instead of this film when they visit the Alamo.

The MacGuffin of the film is a Cloak & Dagger Atari 5200 cartridge. I’m not sure whether it was the shittiness of that system or the shittiness of this film, but the game actually never came out on the system, and all the gameplay footage is taken from the arcade version of the game.

Regardless of the quality of either, the cartridge (or tape as it is sometimes referred to) contains an extra microchip that details plans for an invisible jet that are only revealed after achieving some arbitrary score. I guess the terrorists, or what have you, like to have fun while trying to bring down America.

The bulk of the film is a chase between Davey and a group of thugs trying to get the game cart. Along the way, Jack Flack shows up to talk him into stop being a little bitch and do something. There is a genuinely creepy twist to the story that to me gave off a Rosemary’s Baby kind of vibe.

Even though this movie is on a collection of family friendly films, there’s a lot of remnants from 80s films that might make parents hesitate before showing this to their kid.

For one, a lot of people get shot, or have bullets ricocheted back into them. There’s no blood, but there are plenty of bullet holes. The proto-Harry Knowles character that gets shot upon discovery of the plans is left to rot in the trunk of a car, and Davey gets uncomfortably close to him on more than one occasion.

It also shows the good guy smoking which is perhaps its greatest sin.

The film culminates in the traditional fashion where Davey learns that his father is the true hero as they hug in front of flaming jet plane wreckage. Just as quickly as the credits come on screen, I forget every aspect of this movie. 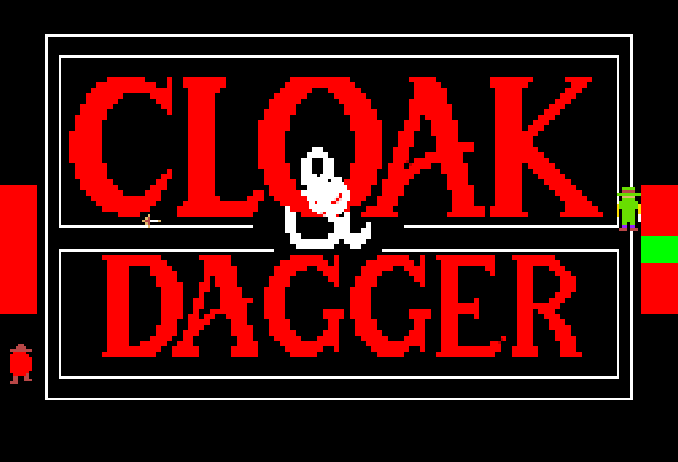 So the movie is forgettable, but what about the game?

As I mentioned, it was only released in arcades, but at least it looks like a 5200 game. Yay?

Released at the end 1983, I feel safe assuming this game would be completely forgotten were it not for the connection to this movie. Outside of the name, there’s no connection to any of the elements in the movie. In fact, the entire plot of the game is summarized in one sentence:

The point of the game is to get from one side of the screen to the other.

There are secrets the player can pick up and enemies to kill along the way for points, if you so choose. There is also the option to light the fuse in the center of the screen and high tail it to the exit before it explodes for mega bonus points. In between screens, the player gets to viddy a cut scene of the hero taking a break from that exhaustive walk as he takes the elevator to the next floor.

I’m led to believe there are 33 levels to the game, but I gave up long before even sniffing that number. I feel like I should say more about the game, but after watching the movie and playing the game in quick succession, I’d rather venture out from my dank lair into the sunlight.

What has happened to me? 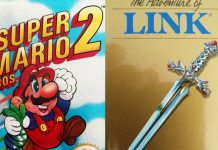 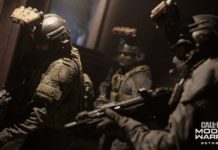