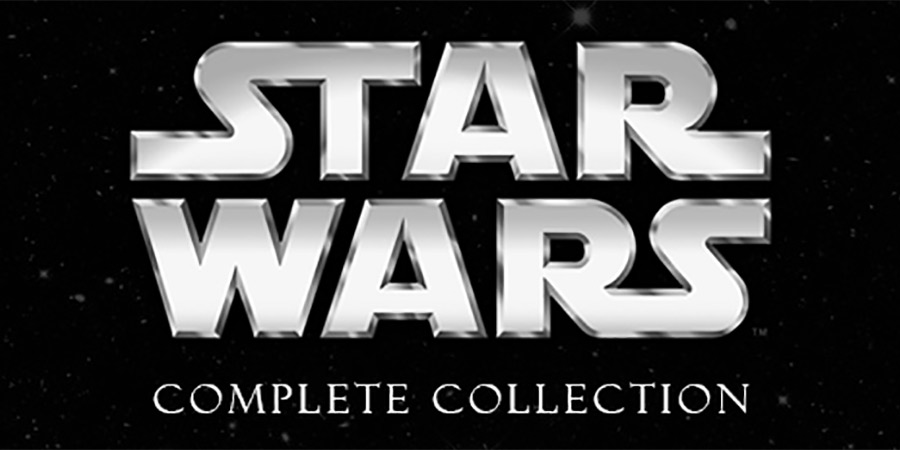 With the official arrival of Summer the other week, it was just a matter of time for Steam to announce their big Summer Sale!

As part of our Save What We Love campaign, we will focus on the deep discounts on the Star Wars Complete Collection. What I find most interesting about this collection is the lack of any Electronic Arts products.

I’m not complaining, EA has been a blight on the gaming industry for several years now and their Star Wars games have been lackluster at best. The bulk of the games are from the late, great LucasArts Entertainment Company. Yes, I know that the company still exists, but with less than ten employees, what is it really???

Now, some of you old time gamers may have already purchased these games years ago. The issue is that the installer package was made for DOS or Windows 95/98. It can be a real chore to get them to run on a modern Windows 10 PC. DOSBox may be too intimidating for light PC users.

Using Steam is a great option for getting old games to work on that new rig you have. I have been trying to get my old CD-ROM of Quake II to run and it has been a pain.

The bundle has 26 games including classics like the X-Wing/TIE Fighter series, Dark Forces, Knights Of The Old Republic and Republic Commando. I actually purchased the collection during the Fall Sale in 2015. Three additional games have been added since then, so I will most likely be adding them to my ever-expanding list of Steam games.

Below is the complete list. ***Note, Steam prices and offerings differ per country. Your results will most likely vary. 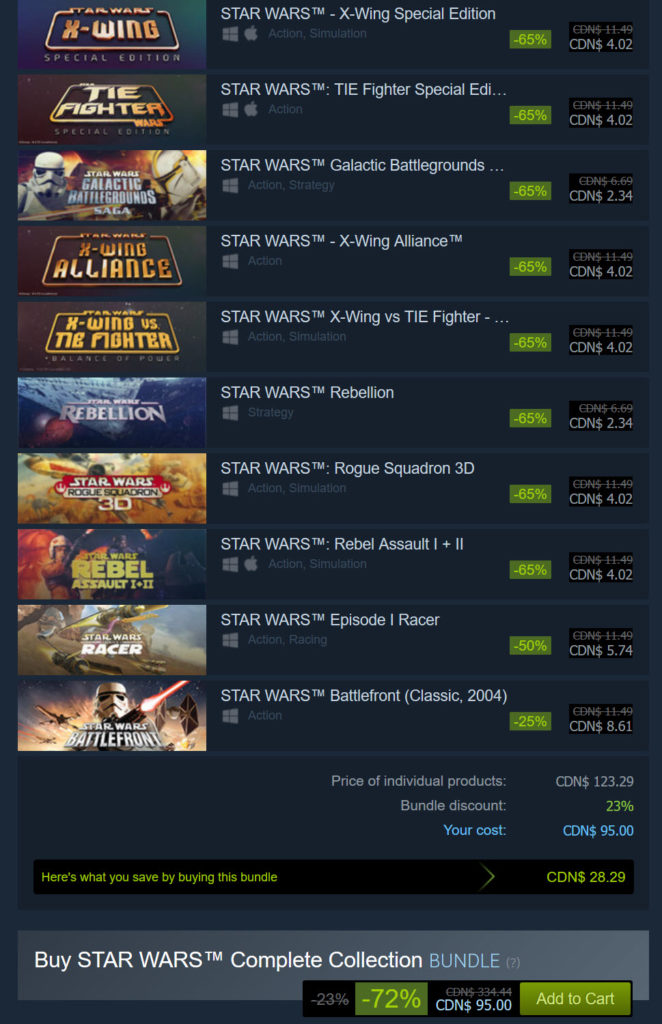 If you already have these games — and what true Star Wars fan does not??? —  there are some great deals on other franchises, like Grand Theft Auto, Far Cry, Tomb Raider, The Witcher, Hitman, and many more.

The sale runs until July 9th so you still have a few days to get some great deals. It’s too hot outside, enjoy quality time with your PC and get some games! Direct Star Wars link is HERE.