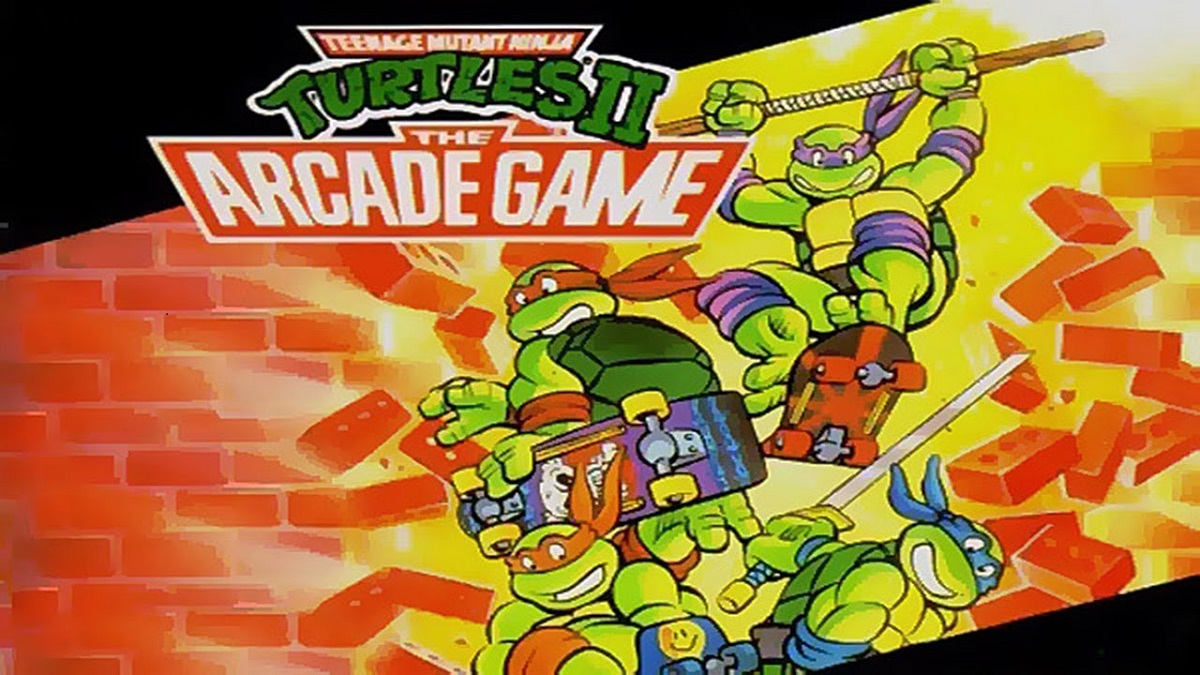 What The Hell Happened To Me?

After the unfortunate events involving that E.T game, I awoke one morning to find myself sleeping in filth. Normally, this wouldn’t be out of the ordinary, but this time it didn’t belong to me or some fat bitch slumbering next to me.

Instead, I was stuck in some sewer with no recollection of how I got there. Out of the shadows, four human-sized turtles and a rat approached and handed me a box before disappearing back into the darkness.

At first, I was ecstatic because the box promised FREE PERSONAL PAN PIZZA from PIZZA HUT. Sadly, when I opened the box, someone had already claimed the treat, but I did find suitable instructions on HOW TO GET A LIFE.

Making Up For Past Mistakes

Based on the mixed bag that was the first Teenage Mutant Ninja Turtles game on the NES, TMNT: The Arcade Game did everything right.

Graphically, there are few games on the system that can stand up to this one.

While it does have some annoying flicker in certain parts, the sprites look like they are lifted straight from the cartoon. The music is also groovy enough that I don’t mind leaving the volume on while playing.

The game is still a blast to play with the standard NES controller, but I found that playing it with the NES Advantage opens up an almost entirely new feel to the game, approximating an arcade cabinet pretty well for a cheap price. Usually, I’m not one for arcade sticks, but it does breathe new life into a game that I know like the back of my hand… cause I J.O. a lot.

This was the Turtles game every kid had in their head.

It was as close to an approximation of the show that the NES could provide. Playing this game was like playing through an episode of the cartoon show as Rocksteady, Bebop, Baxter Stockman, Krang, Shredder, and other familiar faces comprise the game’s end level bosses. Any kid familiar with the 80s cartoon was immediately at home playing this game.

Some will argue The Manhattan Project that followed this game on the NES or Turtles in Time on the SNES are superior. While I respect their opinions, those fagoos are wrong as this game is truly sublime. I am aware my nostalgia and bias may be coloring that opinion, but fuck you.

All the arcade levels are packed into this cart, and two bonus levels are also crammed in like my dick through a glory-hole. (Did anyone buy that?) The game can be played with either one or two players, making it a great couch co-op experience. All the turtles play the same, and while I was partial to Michelangelo growing up, I’ve switched allegiance to Donatello in my adult years for some reason.

The game starts on a light-hearted note as April burns to death inside a towering inferno.

After battling through waves of Foot Soldiers, the turtles find her in her office doing nothing, like a typical woman. A giant drill penetrates the soft, warm carpet and Rocksteady comes out guns a-blazing.

After defeating him, the turtles and April stand around like dumbasses as Shredder comes out and grabs her before jumping out a window. (Try it at home, kids!)

From there, the turtles battle through some varied locations, with the sewer and snow levels providing some nice variety. In between a few of the levels, the player is rewarded with an interesting cutscene that does very little to drive the overall story forward. Not that there is much of a story to begin with.

Trapped In The Arcade

I’ve been playing this game fairly regularly since I was a kid, except for a large gap in the 90s, but it still provides a good challenge. I chalk this up to its arcade DNA, as it was designed to suck quarters, not unlike your wife on the mailman.

Each player begins the game with three lives, and extra lives can be earned with every 200 kills. The game does a good job of tracking these next to your health, so you can see how close you are. A few levels have pizza health pickups lying on the ground which either come in at just the right time or right after I’ve already died somewhere.

I can get through the majority of the stages, but by the time I reach the Enchanted Dojo level, I usually have to continue, but I typically just stop playing.

There is an extra life cheat, as well as a level select code, and that’s the only way I can beat the game in a straight play through, especially because of Shredder’s cheap ass lighting that turns the player back into a regular turtle and causes instant loss of life.

Factoring in the left-over arcade difficulty and the overabundance of Pizza Hut marketing, this game is still a masterpiece and my favorite third-party game on the system.

From a system that was no stranger to soulless cash-ins on the most popular North American video game system, it would have been easy to put out a generic platformer starring every kids’ favorite band of mutant teenagers while laughing all the way to the bank.

Thankfully, we have this classic that’s still as fun to play as it was nearly 30 years ago.

The game can be had for around $10, and you’ll easily get that much enjoyment out of it. If you’re hankering for a throwback gameplay session with a friend or two, grab this game, order a couple of pizzas, and remember when life didn’t suck so much.

Bonus Points if you rock out to this… 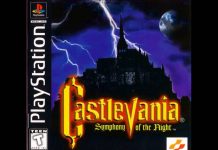 The Women Of CASTLEVANIA : SYMPHONY OF THE NIGHT 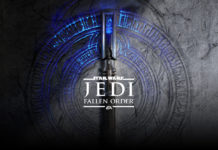 A New STAR WARS Game That Features A White Male?!?!