Did You Hear the News?

The gaming world was quite literally shocked with Sony announced under cover of darkness that they would be releasing their own mini retro console just in time for the 2018 holiday season.

On December 3 of this year, you will be able to purchase this device for the low-low price of $99.00 (Due the math if you trade in Republic credits or some other type of worthless currency). That price will net you a mini PlayStation, two controllers (non-dualshock style), and 20 preloaded games. Not bad overall considering that works out to about $5.00 a game.

The trailer showed us a few of the featured games, with Final Fantasy VII and Tekken 3 being the ones I instantly recognized. However, that still leaves a whopping 15 games left for us to guess if they are included.

Join me won’t you as I count down the remaining five titles that must be included on this classic system or else we can all tell Sony to eat all of our rotten assholes.

One of the great-granddaddies of the rhythm genre, I have fond memories of this game as it was included on the demo disc when I got the system for Christmas back in 1997. The unique charm of this game can’t be overstated as it does a lot to make up for a pretty bare-bones experience.

This game is fairly simple and can be beaten within an hour, but the sheer fact that people will be able to visit Master Onion’s dojo again brings a tear to this old bastard’s eye.

Outside of Super Mario 64, no other game showed me the possibilities of this new gaming era other than Tomb Raider. Being so much more than a tig ol pair of bitties, Lara Croft showed the world that female protagonists could rock the world of gaming. As I’m sure I’ll be labeled a misogynist by the few people yet to do so, one of my favorite pastimes as a teenager was taking Lara up to the top of St. Francis’ Folly and throwing her off the ledge. The Tomb Raider series showed us all that we didn’t have to be woke to appreciate a strong, female franchise character.

While most people laud Goldeneye on the N64 as the pinnacle of couch co-op play from the late 90s, my vote has always gone towards Twisted Metal. It offers all the fun of hunting your friend down in a confined space, but allows the player to do so while sitting behind the wheel of a vehicle that shoots machine gun bullets and all varieties of missiles. Bonus points for this game giving me the ability to live out my fantasy of being a murderous clown who drives an ice cream truck. There’s no telling how many lives that saved.

Is it a coincidence that the best wrestling games came out during the best era of wrestling? Riding the crest of the high and beautiful wave of the Attitude Era, the first entry in the Smackdown! series provided wrestling fans a taste of the action N64 owners had been enjoying on the system. After learning the endless combos to pull off basic moves in War Zone and Attitude, Smackdown! simplified everything and upped the awesomness to the extreme. To this day, the best match I ever saw wasn’t on a Pay Per View, instead it was a falls count anywhere match between Mankind and the Big Show that I played in the wee hours of the morning back when I was in high school.

1. Castlevania: Symphony of the Night

Anyone who knows me knows my affinity for this game. Twenty years after its release, I have a hard time finding a game that I’ve replayed as much as this one. At least yearly, I take the son of Dracula on his trek through both castles on his quest to rid the world of darkness. This game also holds the honor of being the game I’ve continuously owned the longest, with the disc I had in 8th Grade still in my collection. For a system known for pioneering 3D graphics, this 2D game still shines as the overall masterpiece of the system.

What Did I Miss?

With the confirmed titles and this list, that’s only halfway to the stated max of 20. Sound off below which titles you are most looking forward to either playing on the PlayStation Classic, digging out of your closet, downloading from the PlayStation store, or finding some other way to relive the days when we couldn’t compare the President’s junk to a video game character. 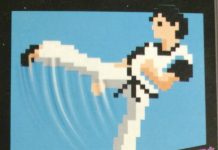 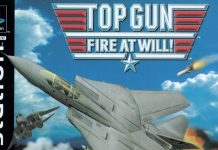