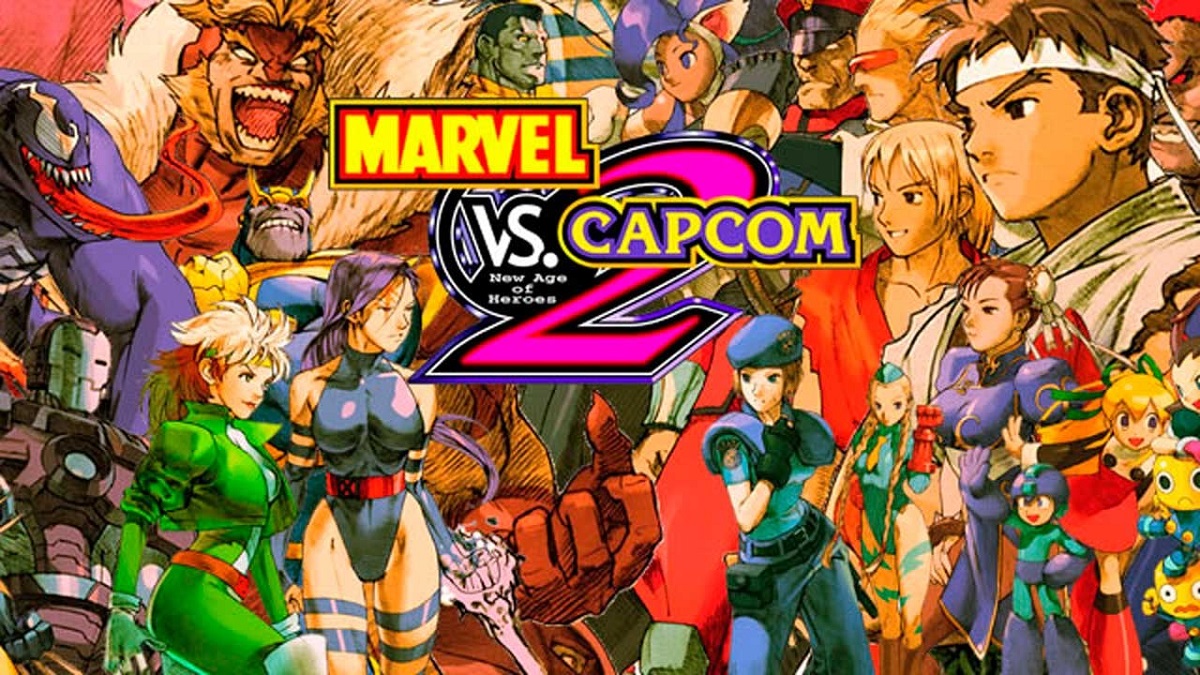 I Wanna Take You For a Ride

While most of Middle America will be stuffing themselves into overcrowded movie theaters this weekend, waiting with slacked jaws as CGI characters punch other CGI characters in Avengers: Endgame, I will still be having impure thoughts about what I would like to do with Mantis’ antenna.

Aside from that, I’ll be playing one of the best 2D fighting games to ever grace a home console: Marvel vs. Capcom 2: New Age of Heroes.

In the early 2000s, the fighting game was having a nice renaissance thanks to the incorporation of tag team fighting games. Tekken Tag Tournament was the shit at the arcade I worked at. So much so that it forced my boss to get off her giant ass and rake in the easy money of having tournaments for the game. For a measly five bucks, you too could have the honor of getting beaten in a game you were sort of interested in by some weirdo who smelled like he slept in a van the night before.

I knew Tekken Tag was going to be a launch game for the PS2, but the fall of that year seemed so far away sitting in the middle of a hot as fuck Virginia summer. Luckily, for the plucky Sega Dreamcast, there was a game that offered not just teams of two on two fighting, but three on three! That’s an improvement by a percentage I can’t even calculate because I suck at math.

I had played the original Marvel vs. Capcom on the PS1, but that was a severely bastardized port that made the tag feature all but worthless. During my Saturn ownership, I never played the critically acclaimed X-Men fighting games because I was a dumbass middle school student who was only interested in 3D graphics. Such hubris forced me to overlook some of the better games on the system.

Prior to the release of Marvel vs. Capcom 2 I had a slight interest in the Dreamcast, but this game was the main selling point for me. It was the only game I picked up when I bought the system, and it was all I played for the better part of that summer. Eventually, I would forget all about it once I finally played Soul Calibur, but that is a story for another day.

The most impressive feature of the game is its, at the time, enormous roster. Until then, fighting games usually petered out at most 20 or so combatants. This game more than doubled that with a roster of 56 playable characters!

On the Capcom side, players could choose from the likes of Street Fighter’s Ryu, Resident Evil’s Jill Valentine, and Mega Man. In the Marvel realm, I was always partial to Gambit from X-Men, but the standout for me in this particular game is Cable, who says “Fuck you” and brings a handgun to a street fight, as well as a much larger gun, and I’m not talking about his penis.

Thanks to this game, many playground arguments could be settled, such as who would win between Hulk and Zangief? What if Doctor Doom fought Strider? And how stupid would it be to see a purple squid monster fighting Thanos?

Although only 24 characters are available at the start of the Dreamcast version, unlocking the remaining fighters was one of the joys of the game, and the carrot of unlocking one more character kept me playing well into the wee hours of the morning.

Anyone who has played a Street Fighter game will feel at home here, as most of the special moves use the same quarter turn on the D-Pad players from that franchise should be familiar with. Mastering when to unleash hyper combos is also a joy, as racking up a 50+ hit combo on an opponent is still as satisfying today as it was nearly 20 years ago.

The tag-feature is my favorite aspect of the game, but I prefer it’s execution more in the aforementioned Tekken Tag Tournament. In that game, once a character is knocked out, the round is over, whereas in MvC 2, the fight continues until the entire team has been knocked out or time expires. It’s not necessarily worse, but I prefer the strategy that comes with having to swap out a player on the verge of a KO to prevent a loss. Tagged out fighters will regain a bit of energy as they sit out of the action which adds another nice wrinkle to the game.

Players can also call on their teammates to assist, but if there is an especially devastating move going on, all teammates on screen will take damage.

I previously lamented that my younger self wanted nothing to do with non-3D fighting games, but this is the game that made me shake that prejudice once and for all. Playing this game is like playing a comic book come to life. While some of the 3D backgrounds looked hokey then, and especially now, the character sprites are fluid works of art.

Having grown up with the 90s X-Men cartoon on Fox, having them represented identically to how they appeared on the show hit a lot of nostalgia buttons for me.

We’re In The Endgame Now

After the fall of the Dreamcast, this game did receive a less than perfect port to the PS2 and Xbox, and those titles would fetch a high dollar value back in the day. Thankfully, the game was released as a downloadable title on the PS3 and Xbox 360 back in 2009, but I believe is no longer available. An iOS port was also available, but I have never played this particular version.

Even though the digital version has been removed from their respective stores, the physical versions of the game has come down a bit. Surprisingly, the game did see a sequel in 2010, but the success of the films had worked into the series as Iron Man was definitely influenced by Robert Downey Jr.’s portrayal.  For this reason, MvC 2 still feels as pure today as it did at the turn of the century.

So my friends, as you head out to battle the crowds to see a bunch of characters you knew weren’t dead come back to life, take a glance into the theater’s arcade. If you’re lucky, they’ll have a cabinet of this game, and you can partake in the only massive crossover event this franchise ever needed.