I have talked about the second entry in the Castlevania series, but I have yet to discuss the classic that put it on the tattered map in the first place. Journey with me now, back to the dawn of the NES, as we look at the first entry in the series that tells the never-ending blood feud between the Belmont clan and Count Dracula.

And no man can say who will emerge victoriously.

The Story So Far…

Being an NES game, Castlevania doesn’t spend much time giving us a story of any kind. Going strictly by in-game scenes, some dude just walks up to a castle one night and starts fucking shit up proper. For those of us steeped in Castlevania lore, though, the first entry is actually in medias res to a much larger story.

By the time Simon wanders over to Castle Dracula, his forefathers, and foremother if we go by non-canon entries, have faced off with the Lord of Darkness several times already.

For some reason, though, since Simon is the first Belmont we are ever introduced to, he has become the most famous. He is even a playable character in the upcoming Smash Brothers Ultimate for the Nintendo Switch and was completely misinterpreted on Captain N.

Simon would go on to star in the direct sequel, Simon’s Quest, before taking Castlevania III off, only to return in Super Castlevania IV which is basically a remake of the first game. After that, he kind of disappeared for a decade or so, but he popped up in the terrible Castlevania Judgement on the Wii, and he was included in the Lords of Shadow reboot.

On The Killing Of Vampires

The gameplay of Castlevania is fairly straightforward as the player walks Simon from one side of the screen to the other, using his kick-ass whip to fight zombies, mermen, medusa heads, evil knights, and whatever other abominations get thrown his way.

Simon’s main method of disposing of these assholes is his trusty whip which can be upgraded via powerups he finds in candles throughout the castle. He can also obtain secondary weapons, powered by hearts, such as axes, holy water, and the boomerang cross. The pathetic dagger is a waste of time and the stopwatch doesn’t stop all enemies, so fuck that noise, too.

There are two and three times multipliers that allow Simon to throw more than one secondary weapon at a time, but I’ve never found them to be too useful.

By whipping random portions of walls, Simon can also discover moldy old meat that replenishes his health (try it at home, kids!). Learning the location of every rotting piece of pig flesh hidden in the game is essential to surviving the later levels.

There are also crosses that kill every enemy on screen and invincibility potions, but they never show up when they could be useful.

Along with the lower level baddies that wander the halls of Dracula’s castle, each level has an end boss which range from pathetically easy to downright infuriating. However, by knowing which secondary weapon to pair with which boss fight, a foe that once seemed impossible becomes a joke.

Handing You Your Ass on a Silver Platter

That being said, this game is difficult to master at first, but once you have learned the patterns and secrets the castle holds, it becomes much more manageable.

I was once resigned to assuming I would never beat the game, but with persistence, I’m now able to beat it more or less at will.

There are definite areas where I do cheese the gameplay in order to get past a particular portion (fuck you, Grim Reaper!), but I can beat it without a Game Genie, so I’m counting it as a win.

With that said, there are still parts of the game that would make me rip my ball hair out if I had any left… I still lose more lives than I care to mention in the underground lair at the start of level 4 because of fucking bats knocking me into the shit-filled castle sewers.

The last section of the game before the Dracula fight also just boils down to a suicide run until I’m lucky enough to make it to the infamous stairs leading to Drac’s coffin.

Also, if the original playthrough isn’t enough of a challenge after you beat the game, it starts over with harder difficulty and more enemies. That’s when I say, “fuck it” and go to bed.

For a game that’s over 30 years old, Castlevania still offers a beautifully crafted game that delivers on every level. Although it can be beaten in under half an hour once you learn all the patterns, there are infinite hours of gameplay included.

I thought that once I beat this game I would return it to my shelf, never to play it again, but it’s one of the NES games I still play through most frequently. I just can’t stay away.

The graphics are well above anything else on the system at the time. Take a look at the original Super Mario Bros. and then play this: it’s no contest. Every scene in Castlevania is dripping with atmosphere.

I particularly enjoy the laboratory in level 5 as my brain fills in the gaps to why it’s overflowing with skeletons and various corpses.

Here’s the obligatory mention of the music of Castlevania. It’s iconic, and there’s not really much more to say about it. Play with the sound on.

Control wise, this game is as tight as your fat, ugly sister until I got a hold of her. The whip mechanic adds a distinct feel to the gameplay. People will bitch about the lack of jumping on stairs, but who the fuck jumps up and down on stairs?

This game is challenging but fair. If you die, it’s usually your fault. No participation trophies here, asshole.

By Any Means Necessary

There are so many options and platforms to experience this game, that I can’t help you if you haven’t yet. The original NES cart is fairly affordable at around $20.00, and it’s worth every penny and then some. It is also on the virtual consoles and included on the NES Classic. I believe there was even a port on the Game Boy Advance.

No matter how you play it, no Halloween season is complete until Dracula’s castle crumbles to dust and cheesy puns scroll over the end credits. 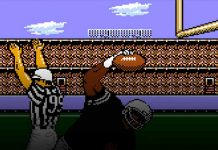 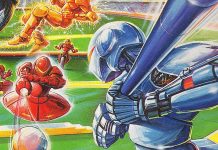 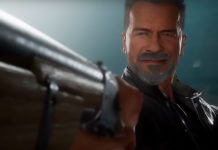