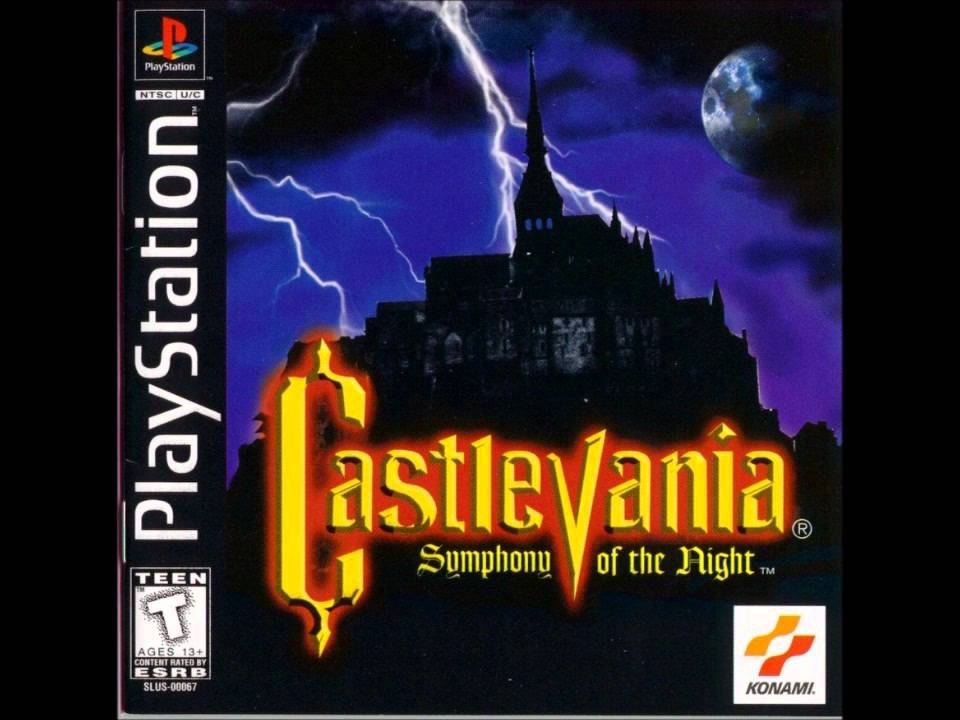 What can a video game journalist writing in the foul year of our Lord 2018 possibly say about Castlevania: Symphony of the Night that hasn’t already been stated? The game has topped best of game lists routinely since its release in the original Playstation 20 years ago. It also went on to set the standard for the Metroid-Vania style of game-play that would define the better games in the series, with most of them appearing on Nintendo handhelds.

For those not familiar with the game, the player starts as Richter Belmont in the final scene of the previous game Rondo of Blood, which up until then was a Japanese exclusive title on the PC-Engine’ Super CD Rom, appearing only in the States as stripped down port called Dracula X on the Super Nintendo.  After a short fight, the true game starts with the player taking control of Alucard, Dracula’s son, who also has his father’s name spelled backwards in an ode to Universal’s Son of Dracula or even Hammer’s Dracula A.D. 1972. The player continues as Alucard for the rest of the game, fighting through both the regular castle, as well as an inverted one, until the son has completed his Oedipal journey, killing his father in the name of his mother.

Along the way, Alucard encounters a host of characters, both friend and foe, including some really hot pieces of Anime inspired tale. With that being said, let us now put away our weak human sides and rejoin this game in ranking the hottest ones.

Along with Richter, she is also returning from Rondo of Blood, where she was a wee lass. According to the game’s instruction manual, though, she is only 17 years old, so I will be going no further with this one. I would be remiss though if I didn’t point out the fact that in Castlevania Judgement on the Wii she is portrayed as a prepubescent girl who is obsessed with the more mature female characters’ ample bosoms.

Being the old standby of the series, most fans would be hard pressed to identify a game where this snake-haired bitch doesn’t appear. She serves as a boss in the inverted castle section of the game and gives you the Heart of Vlad upon her defeat. When encountered, Medusa is holding a very sexy sword and shield combo. She is also sporting a really sweet hourglass figure, save for the snake tail she’s got going on, which proves she was hitting the gym since Super Castlevania where she looked like Meatloaf’s character in Fight Club. Medusa would rank higher on the list, but ever since I read a lot of criticism by Laura Mulvey in grad school, I can’t get over the fact that her hair represents my subconscious fear of castration.

Like Samus Aran from the Metroid series, most players originally thought this chick had a little extra bait and tackle back in the NES days when she made her debut, along with Alucard, in Castlevania 3: Dracula’s Curse. In Symphony of the Night, the player encounters a trio of specters taking the forms of his old allies from his first outing. While Fake Sypha looks pretty hot floating in the air, I can’t get over seeing her as a skeleton before the fight starts. Although I could manage a semi-erection for a little bit while banging this spook, I have my doubts about being able to sustain it to completion. Also, with her being just an apparition and all, there’s nothing physical to grasp onto in the midst of coitus, so I would have to say pass on this one.

What’s hotter than a topless chick atop two werewolf heads with tentacles coming out of them? A lot of things, actually, which is why Scylla finds herself near the bottom of the list. If you can get past the fact that she had a hand in fucking up Odysseus’ crew on their voyage home and that her vag is like Princess Clara’s Octopussoir on steroids, then you might have some fun with her.

Probably the sexiest monster you’ll encounter in the game. She serves as the boss of the Nightmare segment where she first takes the form of Alucard’s mother, who might show up later on this list, being crucified and burned. After Alucard realizes he’s in a dream, she reveals her true form, and the two engage in combat. If you’re willing to do a small Google search, finding the artwork with her boobies hanging out is easily available. For an agent of darkness with giant batwings, she’s not all that bad; however, she does have the ability to multiply herself. While this might seem as a boon at first (think of the orgies!) it would probably turn into a true nightmare later on while having to listen to the bitching of six other demons.

Dracula’s wife and Alucard’s mother, who does not technically appear in the game, save for the fake one previously mentioned in the Nightmare sequence. She is specifically mentioned and illustrated in the game manual, so that’s good enough for me. Although she is long dead by the start of the game, she’s probably the only female on this list that won’t devour your penis or send you to 18th century jail, so bonus points there. The only foreseeable drawback would be if she ever banged Dracula in what he calls his true form at the end of the game, then there is probably no elasticity left for her downstairs. Enjoy throwing your hot dog down a hallway!

Throughout his adventure, Alucard has the opportunity to collect familiar cards which he can turn on to engage the assistance of the different familiars. The Faerie is pretty useless, only providing unnecessary potions and pointing out easily identifiable secret walls. If you have a micropenis, she could be the girl of your dreams. Also, there’s support group for people with that particular affliction that meets Tuesday evenings in the All Purpose Room at the Community Center.

The top spot goes to the Venus Weed which is found in the underground portion of the castle. While she’s just a common enemy, she sprouts from the ground, naked and ready for action, not unlike Linda Lovelace on the poster for Deep Throat. Besides being the sexiest character with the fewest potential drawbacks, who has never looked at their lawn before and just wanted to fuck the shit out of it? I know I have, but it needs the fertilizer in order to grow… 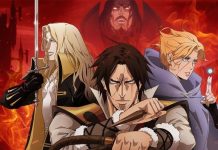