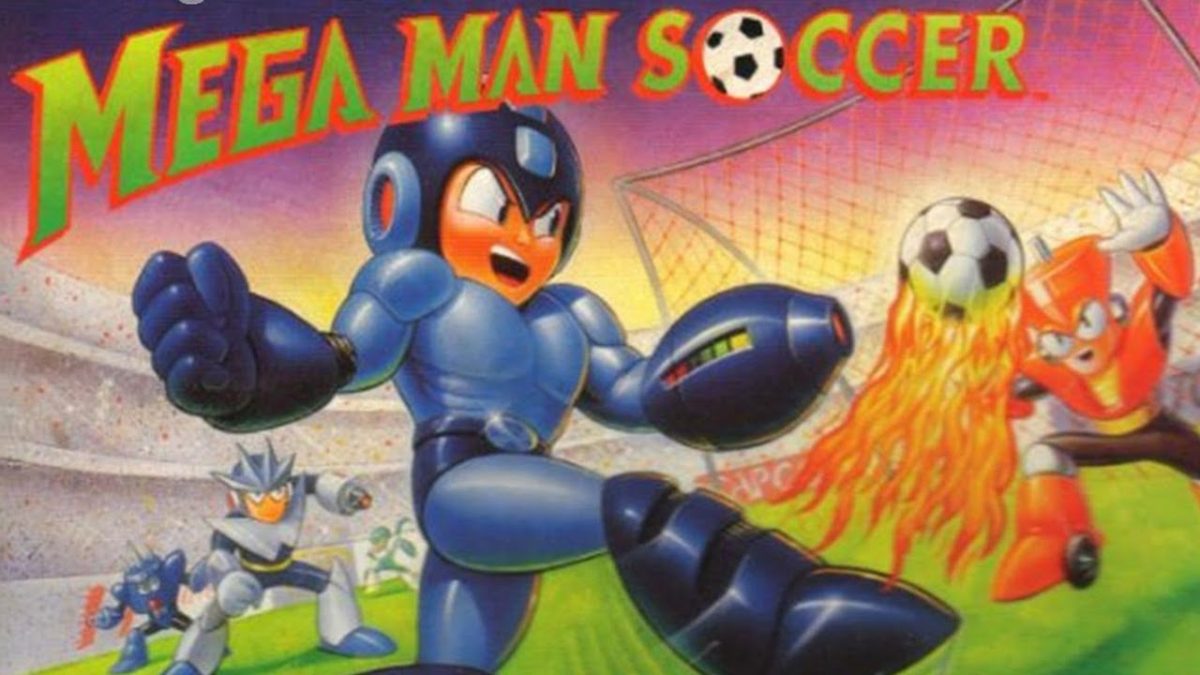 There’s A Soccer Tournament Going On?

With the World Cup wrapping up over the next week or so, where will people go to get their soccer (football for you non-Yanks) fix? If you’re an American, like me, you’ve probably not given two shits about the tournament, or you’re one of those people at the bar pretending to know all the subtleties of a sport that only matters every four years.

When it was suggested I review a soccer game, the title World Cup 98 was bandied about. I tried to play the N64 and PS1 version of this game through my usual means, but I couldn’t quite get it to work right and I didn’t feel like trying again. In case anyone wants the late 90s encapsulated in a one-minute video, though, I present the PS1 intro video for the game:

Too Much Coke In The 90s

Since I couldn’t get into my time machine to 20 years ago to relive the World Cup, I settled for the next best thing: a video game tie-in based on a robot who fights other robots on the Super Nintendo. Published by Capcom, Mega Man Soccer is an early 90s piece of synergy. Released in 1994, it could have been trying to cash in on the American World Cup fever at the time, yet failed as miserably as I do in my father’s eyes.

There are three types of gameplay: Exhibition, Capcom Championship (the closest thing to story mode), and a Tournament/League mode.

In Exhibition mode, similar to Ice Hockey on the NES, the player builds their team using various types of robots. While you can settle for an all Mega Man team, the different robot masters have their own unique attributes, so having a team tailored to your liking is fairly simple. Initially, I set out with a team of all Snake Men because why the fuck not?

Depending on your opponent, the field will match the theme of the robot master. However, aside from being a purely aesthetic change, there was no shift in how I approached the game. This is a huge missed opportunity, as it could have really shifted up the gameplay.

For example, in Fireman’s stage, there are fire pits underneath the field. Instead of having them periodically open up, though, it’s just there to make it not green. In a game where you have robots playing soccer against each other, there’s no reason not to max out the zaniness.

The game is fairly straight forward. Players can pass and shoot the ball, and there’s a grid at the top of the screen to give you some indication of where the players are scattered on the field. Most importantly, there is a charge shot that can be used a maximum of two games in a game. This is basically a free goal, permitting you don’t have one of your idiot players standing in front of you like mine were want to do.

My initial strategy was to use my two charge shots at the start of the game and get out to an early lead. From there, I would hang back and play defense as scoring without a charge shot is pretty effing difficult. Frequently, when I thought I was going to score, the robot goalie would seemingly reach halfway across the screen to stop the ball, giving me a hard case of blue Mega Man balls. I understand these are robots and capable of doing super-human feats, but this just felt frustrating and made scoring feel like luck rather than skill.

If the game ends in a tie, the teams enter into a shootout. This seemed unnecessary as the computer seemed to kick their ball straight at my goalie while scoring against them was extremely easy.

Sadly, there was no female robot to rip off her top in triumph at my victory (see, I know some soccer history).

Although my perception of this game was a bit tainted from a lifetime of reading negative reviews about it, I had a modicum of fun while playing it. As I said before, I give no rats’ asses about soccer, so the mere fact that I played a couple of more matches than I anticipated speaks to the enjoyability of the game. It’s nowhere on the level of NBA Jam, but it’s decent enough to kill some time with if you’re looking for something on a 16 bit platform that you haven’t already played to death.

If you’re looking to grab a physical copy, loose copies currently go for around $40.00, mostly due to the SNES premium it demands nowadays. Of course, there are other ways.

Overall, if you like soccer/football and want to step away from the traditional FIFA series of games, but not too far way, it could be worth it. I’ll probably pick up this game again at some point, but it hasn’t set off a fire in me to suddenly invest myself into the World Cup which I’m sure will end without my notice. Instead of watching the greatest players in the most popular sport in the world, I’ll be watching my barely north of .500 baseball team try to eke out a decent season.

Speaking of which, I wonder if robots ever played baseball…