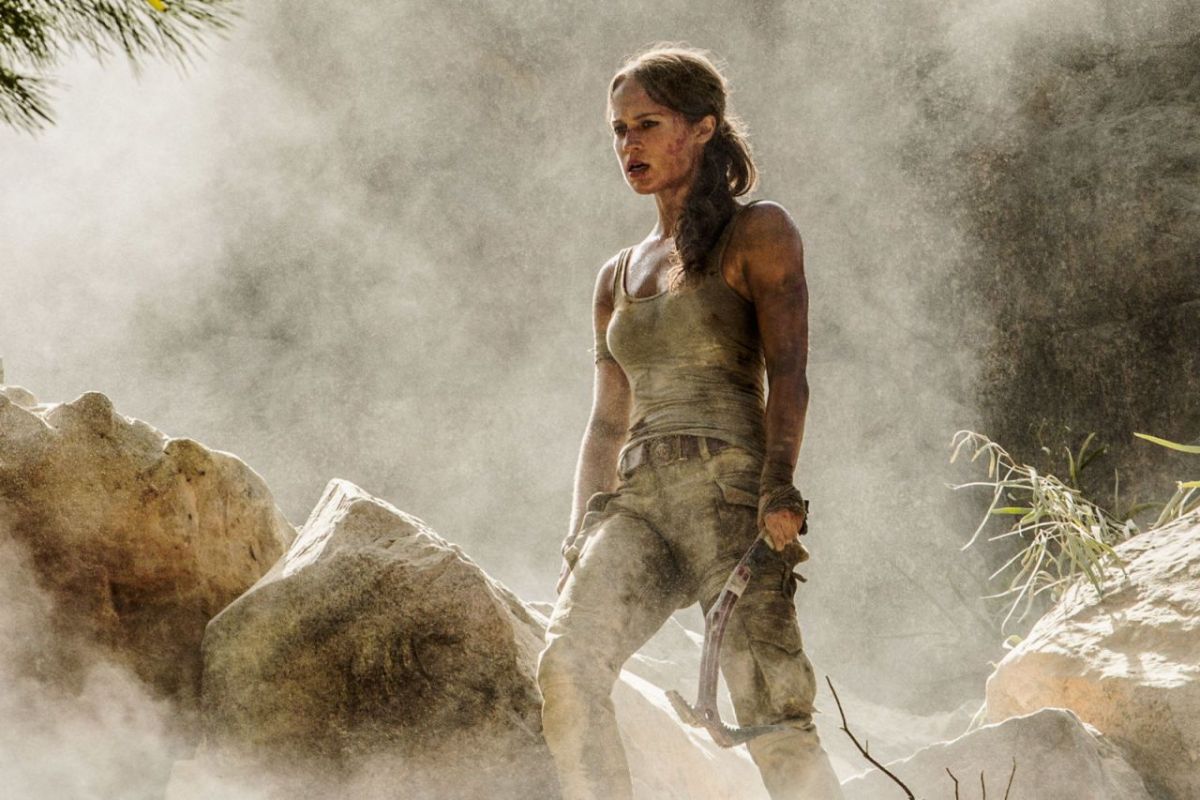 Tomb Raider was, and remains, a fantastic game franchise that has managed to stay around for over two decades. The original 1996 game took Indiana Jones and turned him into a confident British woman, with a mansion, large pyramidal breasts, and a bloodthirst for every animal that she came across.  A one-woman army against nature and archaeological dig site protocol, Lara slips past traps and shoots endangered animals with her iconic dual pistols.

You’ll be glad to hear that Angelina Jolie manages to bring the character of Lara Croft alive.  She has the look and the action down and looks like she is 15 years younger than the last movie that I saw her in. While it’s all played tongue in cheek she really shows off her acting chops and… *squints* I’ve watched the wrong movie haven’t I? That explains why I was able to find this on VHS while the movie was still in theaters.

2018’s Tomb Raider is not quite the faithful adaptation that one might hope for. The film is obviously heavily inspired by the 2013 reboot of the same name. It takes place on the same fictional island of Yamatai and centers around the real world myth of Himiko, the shaman queen of ancient Japan. After taking the skeleton of a plot and setting from one game, Tomb Raider plunders the grave of the other games for things, such as iconic traps and the villainous “Trinity” group from the more recent Rise of the Tomb Raider.

The movie manages to combine both a plot hole and a MacGuffin: her father’s notes on the mysterious island that “no one can get to”. These notes contain information that he could have only acquired by visiting the island which he never returned from.

Alicia Vikander may not resemble any incarnation of Lara Croft but she manages to pull off the action scenes with an enthusiasm that rises above the material she has to work with.  She commits to every moment and the one good thing I can say about the script is that Lara Croft is not a Mary Sue. She falls down plenty before triumphing and this was a breath of fresh air after the The Last Jedi. 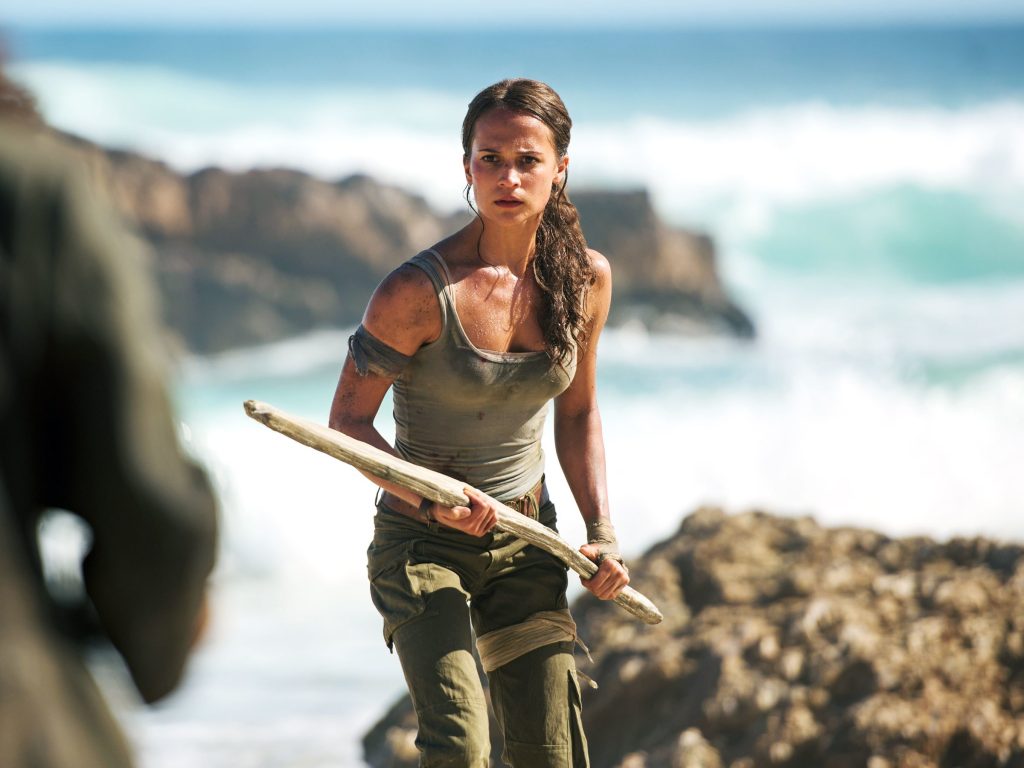 Even bad movies can be enjoyable. I don’t recommend Tomb Raider to anyone expecting a good movie.  The acting is nothing to write home about, the plot is weak, and the movie somehow manages to feel dated. The climax then demands you to believe that a disease, and not magic, turns people’s skin black in seconds and causes them to turn into a rage zombie on top of that. If you go in with your eyes open though, the movie can be enjoyable only to see Alicia Vikander pull off some well executed action sequences, scenes, and a bicycle chase scene seemingly there as filler.

Tomb Raider Vs The Five Bs Of Enjoyable Bad Movies

There is a significant body count of characters with no names. Strangely, lots of people managed to make it to the island “nobody can get to”.  The main character gets plenty beat up while traversing the wilds of the island, and kills at least one guy really, really hard.

Alicia Vikander is certainly a fit and trim figure, but really doesn’t come off as anything resembling a babe in the entirety of the film. There is not a drop of eye candy in the ocean of this low-effort movie hoping to cash in on the name recognition; a far cry from Angelina Jolie’s explosive performances. The removal of sex appeal could have differentiated it from the cheese of the first two films, if the movie was any good.

Walton Goggins plays Mathias Vogel. He seems like the producers were trying to have a cold, calculating, charismatic leader and failed. Or maybe they really were trying for a villain who was phoning it in,  as if executing people was part of his 9 to 5 grind, and he was just treading water until retirement.

There were some decent explosions, tombs falling apart, planes falling over waterfalls, giant storms spinning a fishing boat like it was a toy. The spectacle was there, even if the special effects felt dated.

The acting was mediocre from beginning to end. Alicia Vikander came through with some decent scenes pretty much anytime she wasn’t talking. Scenes such as when she experiences a severe injury, kills a man for the first time, or finally confronts her foe with grit and determination, were solidly executed.

Outside of action scenes, however, there was something to be desired. Vikander delivers her lines with all the quality of early Tomb Raider cutscenes on the PS1. She managed to remind me I was watching a movie whenever she opened her mouth, and it seems none of her on-screen colleagues even attempted to outshine her.