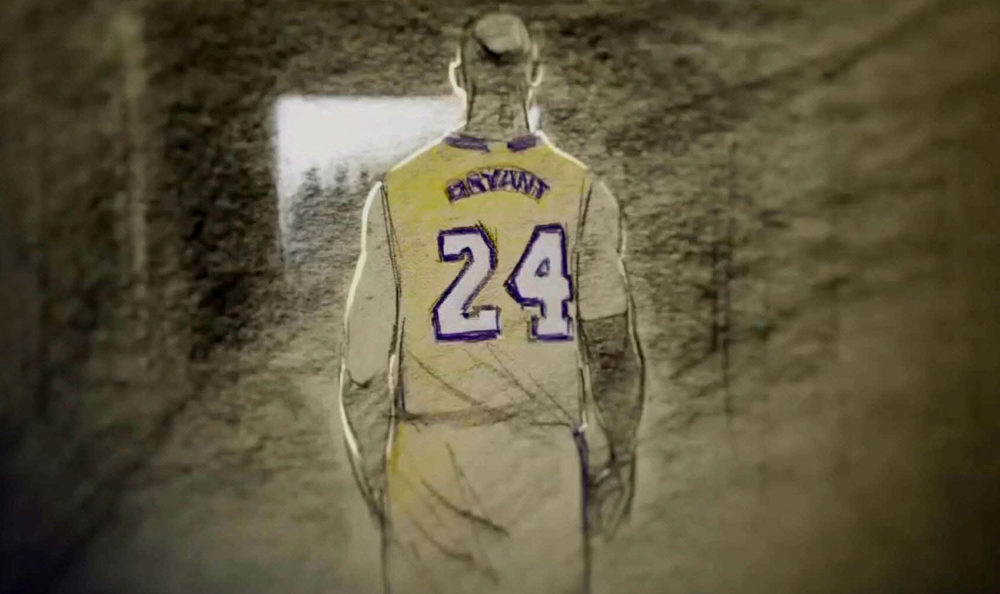 As you all know by now, basketball and LA Laker legend Kobe Bryant, along with his daughter, was killed in a helicopter accident Sunday morning at the age of 41.

Though his greatness was primarily displayed on and around the basketball court, Bryant had some impressive successes in the field of entertainment as well.

He made acting appearances on the sitcoms Moesha and Bette, and the 2015 film Daddy’s Home.

He was also the executive producer, writer, and co-host of the sports analysis show Details on ESPN that analyzed the myriad keys to success in sports.

Being a high achiever provides the opportunity to surround yourself with other successful people, which is what lead to the production of his 2017 short film Dear Basketball. The film resulted in Kobe becoming the first professional athlete to be nominated for, let alone win, an Academy Award. He is also the first black person to win in the category.

This was also the first win for Glen Keane, who utilized new and seemingly simple techniques to bring the story to life.

Keane also experimented with new techniques, like animating sweat. He laid a separate sheet over the drawing where a soft layer of graphite was added. By taking pictures with his iPhone and turn it into a negative, where the white turned black and vice versa, so it looked like sweat was running down the face. An eraser was then used to create highlights and reveal the skin underneath

Watch it below and enjoy.