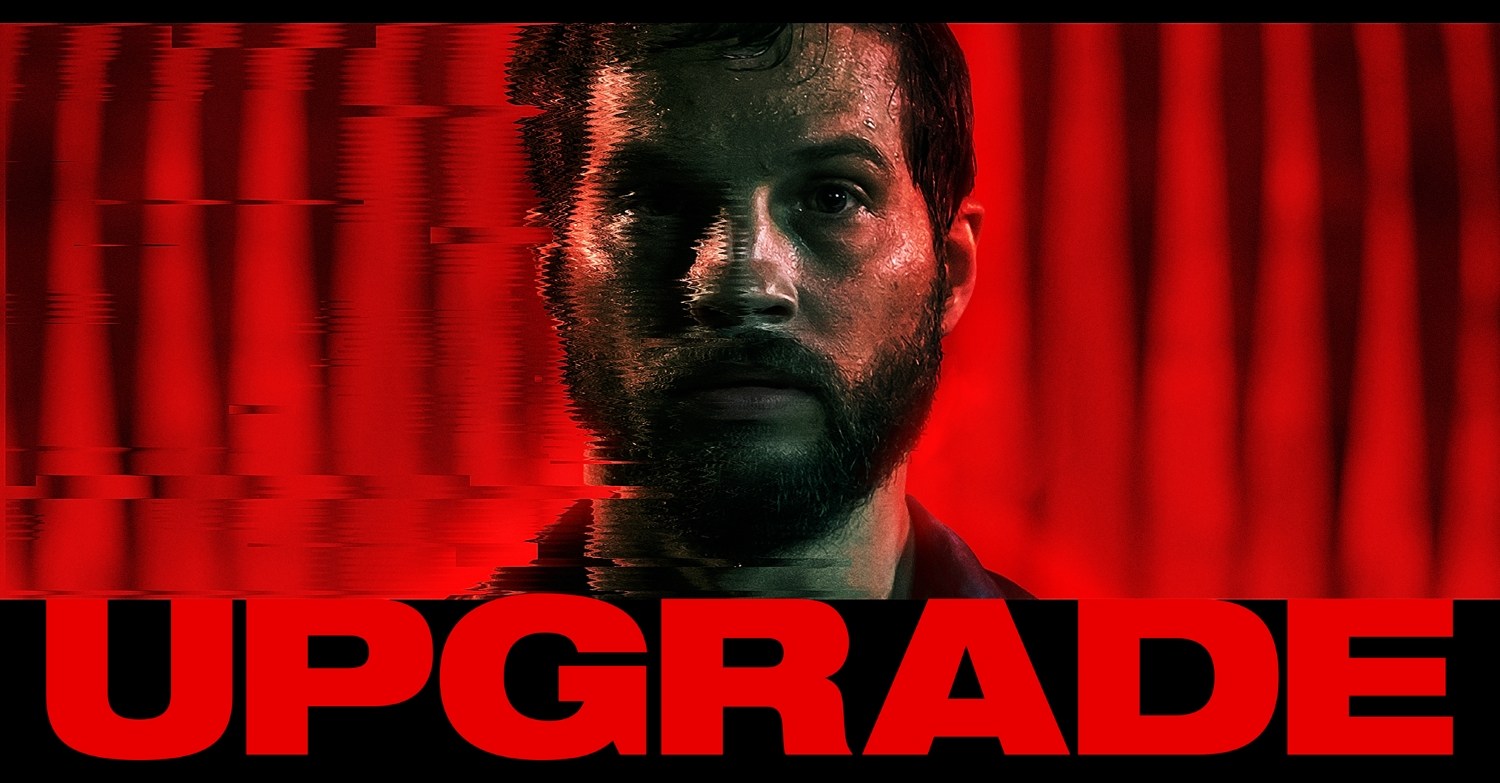 Upgrade is the first cyberpunk movie that I have seen in a while. Besides Blade Runner 2049 I can’t remember the last time the genre has been broached in earnest on the big screen. While Upgrade is no where near the visual spectacle of even the original Blade Runner, it still did a fairly decent job of setting the tone of an early days cyberpunk setting.

Logan Marshall-Green provided a tremendous performance as a believable layman with a world that is changing too fast around him. He went on to show real believability in both his pain of loss and frustration in being disabled.

Logan really stole the spotlight, which wasn’t hard since the rest of the cast felt like they had stumbled onto the set by mistake.

I have a preference for no name productions.

I like seeing a movie with no actors that I recognize, it removes preconceptions and lets the suspension of disbelief take over. The practice of paying movie stars millions of dollars when there are capable actors out of work made no sense to me. Besides the main protagonist it felt like the rest of the cast were just friends and family of the production team who took a single drama class in high school.

The plot is the typical revenge story with a twist.

The protagonist is left in a paraplegic state after a violent attack, and is offered a computer chip that will let him essentially hijack his own nervous system. The abilities of the artificial intelligence were fascinating, with that edge of horror in not being completely in charge of your own body.

The action was well placed and the gore effects looked both practical and didn’t overstay their welcome. Every fight scene in the movie had creativity and flair that made me felt like I was watching a better movie.

Upgrade had the promise of a better movie in almost every scene. With a better supporting cast, and script that didn’t include a massive plothole, this could have been a sleeper hit.

The near future sci-fi elements were interesting and never felt out of place. Police drones monitoring the city, self driving cars littering the street, and the fantastical tech putting people out of work.

In the end Upgrade felt like a TV movie experience with some good ideas, and great action scenes. It felt like it wanted to be more or even that important scenes were cut. The twist at the end of the movie felt tacked on because it makes no sense but they thought the original villain was too obvious.

I do not recommend heading out to see this in theaters unless you’re looking to have a theater to yourself. If you enjoy B movies this might be worth picking up for five bucks to laugh at with your friends.

Upgrade Vs The Five Bs Of Enjoyable Bad Movies

If you’re looking for some ultraviolence, you will not be disappointed. Not only is there a fair amount of violence, I appreciate the realness. The gore and blood seemed to be practical effects at first watch. Digital effects don’t have the same depth and are noticeable when you rewatch movies.

This was a bit lacking. Melanie Vallejo is certainly attractive but she isn’t around for very long. What little babe effect she had was cancelled out by the non-gendered gender studies hacker who was an anti-babe.

This is another place where the movie isn’t a complete dud. The mercenaries with cybernetic modifications were a little intimidating. But the sniveling villain genius who was obviously the bad guy, yet claims he isn’t as a twist, makes no sense.

The best part of the movie is the baddie inside the protagonist’s head. He allows him more and more control until he is trapped in his own body. Not a new concept but still a terrifying one.

There was boom, just not enough to satisfy anyone that has ever been in the same city block as a Michael Bay movie. The lack of boom felt like just a lack of budget. There were explosive fight scenes, car chases, and violent car wrecks. Nothing too over the top and nothing really to write home about.

If you enjoy a movie with a less than stellar cast, Upgrade might just be the movie for you. Besides the main protagonist and the AI in his head, the only actor that stood out was Christopher Kirby. It never felt like any of the other actors weren’t acting. I know I couldn’t do a better job but some of them reminded me of the plays I did in high school.