Bourbon is the national booze of our wonderful nation, and for good reason: it’s really the only liquor that can trace its roots 100% to the good ole USA!

Back in the late 1700s and early 1800s, Scottish and Irish immigrants moved south from New York City and settled in Kentucky.

As soon as they tasted the limestone spring waters of the region, they quickly got to work as new distilleries sprang up like toadstools all over the state.

Starved for barley, they settled on using the plentiful grain corn to make their mash, and the rest is history!

I have a simple philosophy on bourbon: the best Bourbon is the one you like, the way you like to have it. So you’ll get no snobbery here; though I will make recommendations on how I think you should drink it.

Below I’ll give you some ideas on what I like and what I think are some good entries into the world of bourbon as well as different price points, value and overall quality I think you will enjoy!

SO LET’S GET DRANKIN’!

A spirit made up of at least 51% corn, made inside the United States and aged in new charred oak barrels, must be at least 80 proof but no more than 160

The recipe of different grains used to make the bourbon

The % of alcohol present in the bourbon multiplied by 2 (example: 80 proof whiskey would contain 40% alcohol by volume)

A holdover from the days of rampant whiskey fraud, where a distiller agrees to house their barrels in a govt secured warehouse for at least 4 years and bottled at 50% ABV or 100 proof

Bottled in batches from individual barrels, usually higher proof as they usually don’t water it down or bottle for a set proof, so each barrel is unique. Not always true tho so read your labels!

A special method used in Tennessee that uses maple charcoal to filter the whiskey, making for a unique flavor. This is the only characteristic that separates a Tennessee whiskey like Jack Daniels from a Bourbon like Jim Beam. Jack is a bourbon by the letter of the law, but they chose to market it differently.

I think the first bourbon you will deliberately sample should not be the Jim Beam you soaked in coke and ice at a high school party years ago.

There is nothing wrong with that at all, but I’m going to talk about neat whiskey.

Room temp out of a tulip or Glencairn glass like the one below. They are designed to produce the best aroma and flavor, but if all you have is a rocks glass that’ll do. 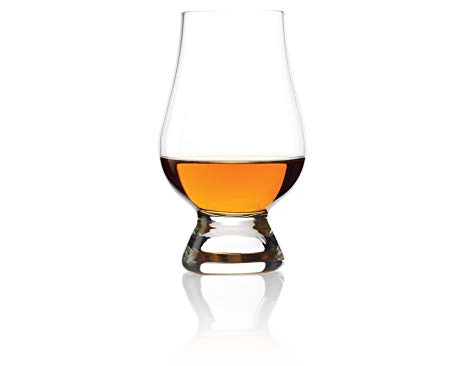 For your first neat Bourbon I suggest one of the following three: It’s tasty, affordable and complex without being too snooty. It’s also available everywhere.

Do you like your bourbon darker? Think molasses rather than candy, then this is the booze for you. Not only is it great, but it’s higher dollar version might be the best bourbon in the world!

Yeah, it’s a bit cliche, but it’s a good entry into the world of wheated bourbons. Wheaters use a high percentage of wheat in the mash bill often replacing rye or barley entirely resulting in a distinctive taste and sweetness. It is also in every liquor store in the country.

It’s good stuff, not the best wheater you can find.

Good stuff, good price and it looks fancy too! In my area, this is $20 all day long and worth twice that price.

50.5% alcohol, nice on the palate without the burn you’d expect from that ABV, a slow sipper, if you slam this stuff, you will probably regret it. Also, a $20 bill well spent.

Best value wheater out there, and if you don’t care for Maker’s Mark, give this a try.  Normally, I’d beg you to buy all the Weller Special Reserve, but it’s become so expensive and elusive because of Bourbon Hipsters that Larceny is the fallback.

Also, a new trend is for liquor stores to be invited to the distillery to select their own “private reserve” single barrel to be bottled and labeled for them. These are often available for $30 or so and are often great value! I have seen Buffalo Trace, 4 Roses and many others for sale this way.

The ones I have tried were all excellent value.

Bottles that can be had for around $50: 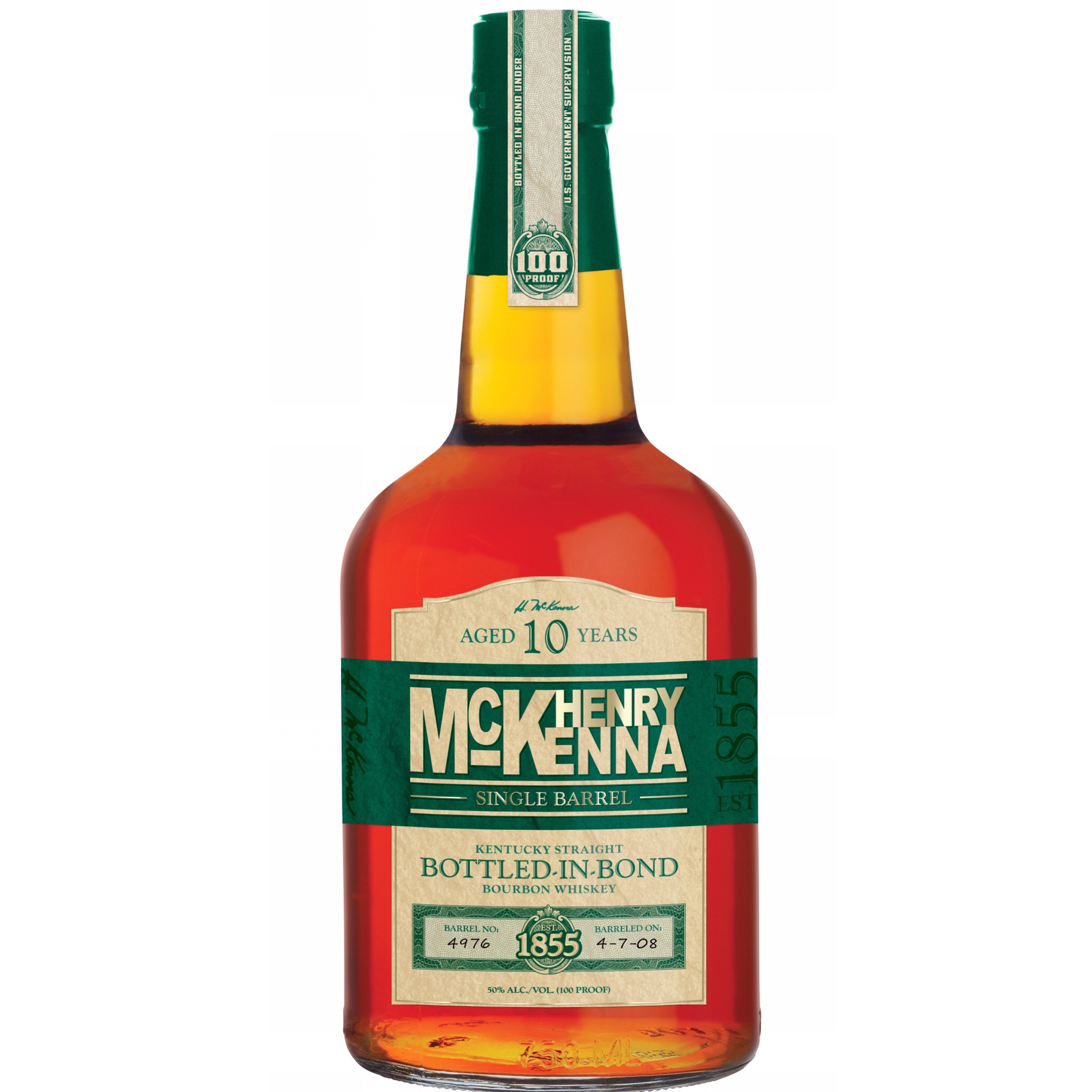 10 years old, 100 proof, deliciously oaky and rounded on the palate. This used to be everywhere for $25  but it’s creeping up in price due to winning too many awards.  But if you can find it, grab it!

Small batch doesn’t tend to mean much of anything, but in this case I see a pretty big increase in quality between this and the regular label 4 roses.  It punches well above it’s weight and is fairly available all day at $40-$50. 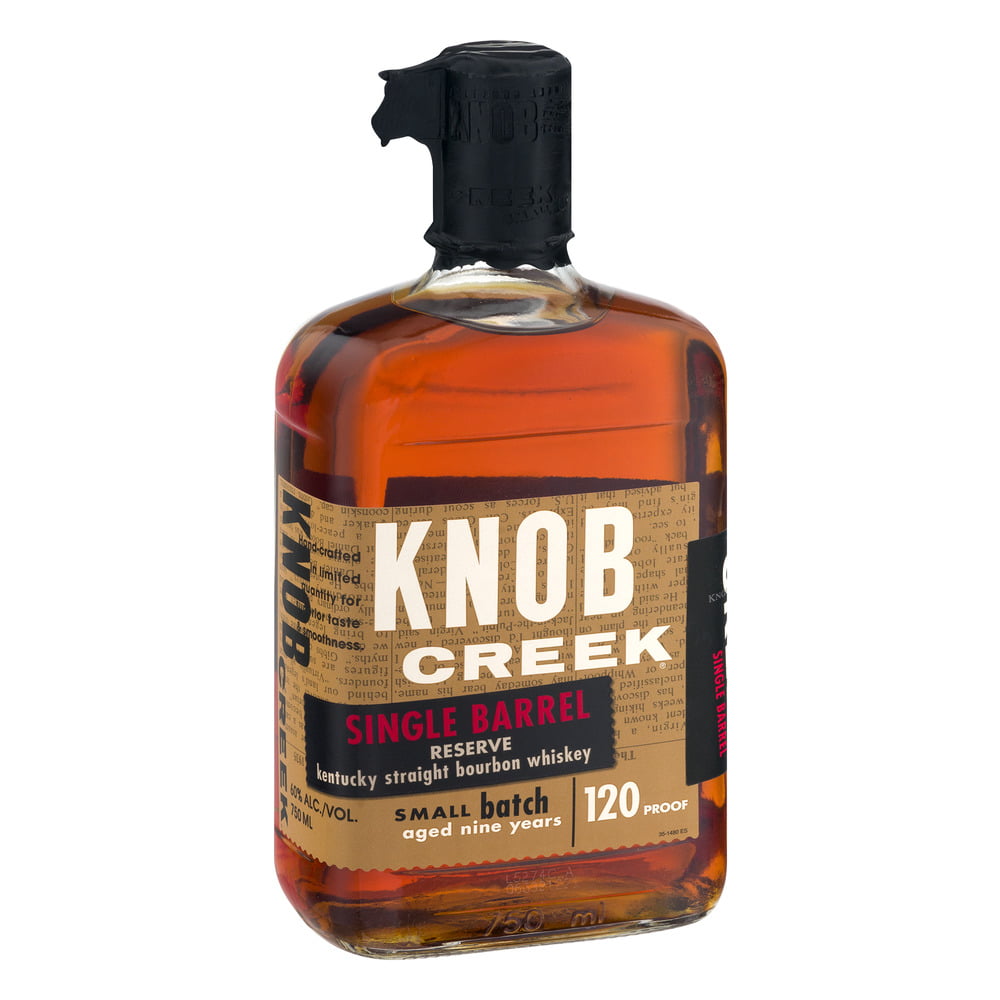 Available, cheap, bold and spicy,  I’m not a fan of the regular Kentucky Straight Knob Creek, but the single barrel is wonderful stuff. Do note tho, that single barrel bourbons can vary a lot as they come from, well, individual barrels rather than a blend of entire distilling like mot whiskeys do. 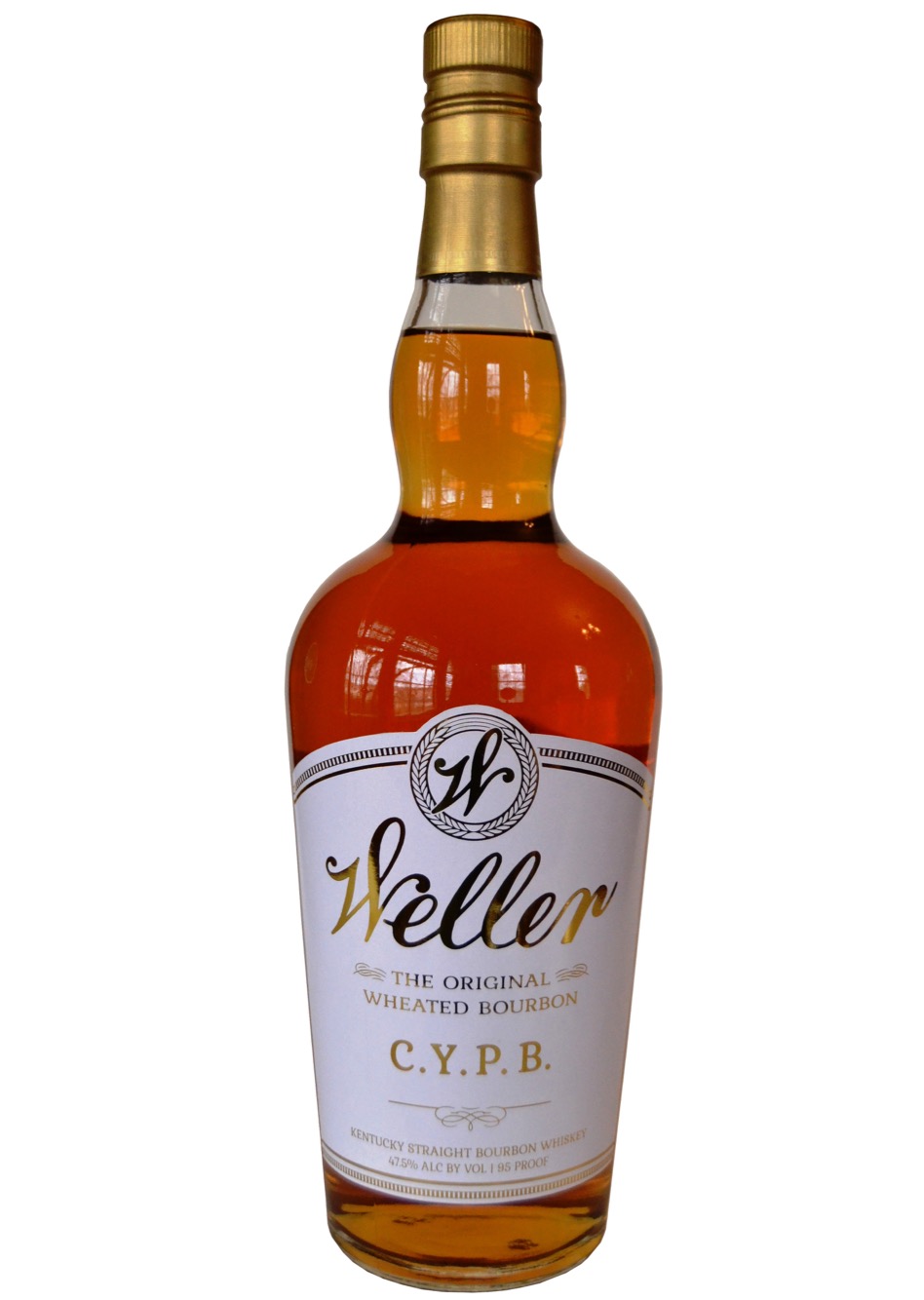 Weller 12 was once my daily drinkey. It’s a delicious wheat bomb aged 12 years and mad from the exact same mash bill in the same warehouse as the elusive grail Bourbon Pappy Van Winkle.

If you see any Weller, buy it. You will love it.

Stick Out Your Pinky 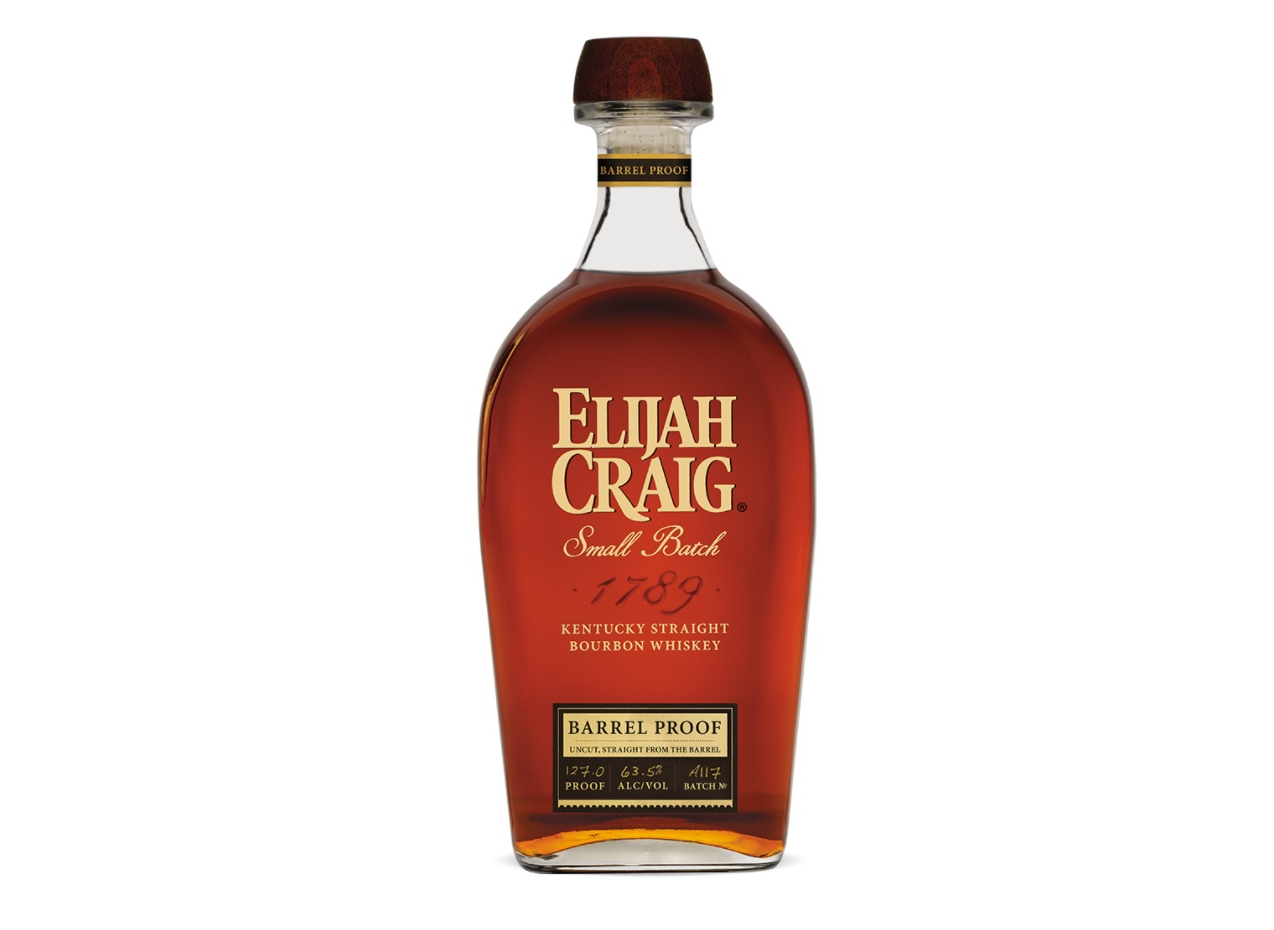 About $75 and in my opinion is in the running for the best Bourbon in the world.

Forget the Pappy Van Winkle — which is excellent, but rarer than hen’s teeth and twice as pricey — ECBP, as it’s known, is so well balanced, so rippled with sweetness, spice, dark plums and even vanilla. ECBP is found in my pantry 365 days a year, to the point where if I am running low I get nervous.

Can be hard to find, but worth the hunt. 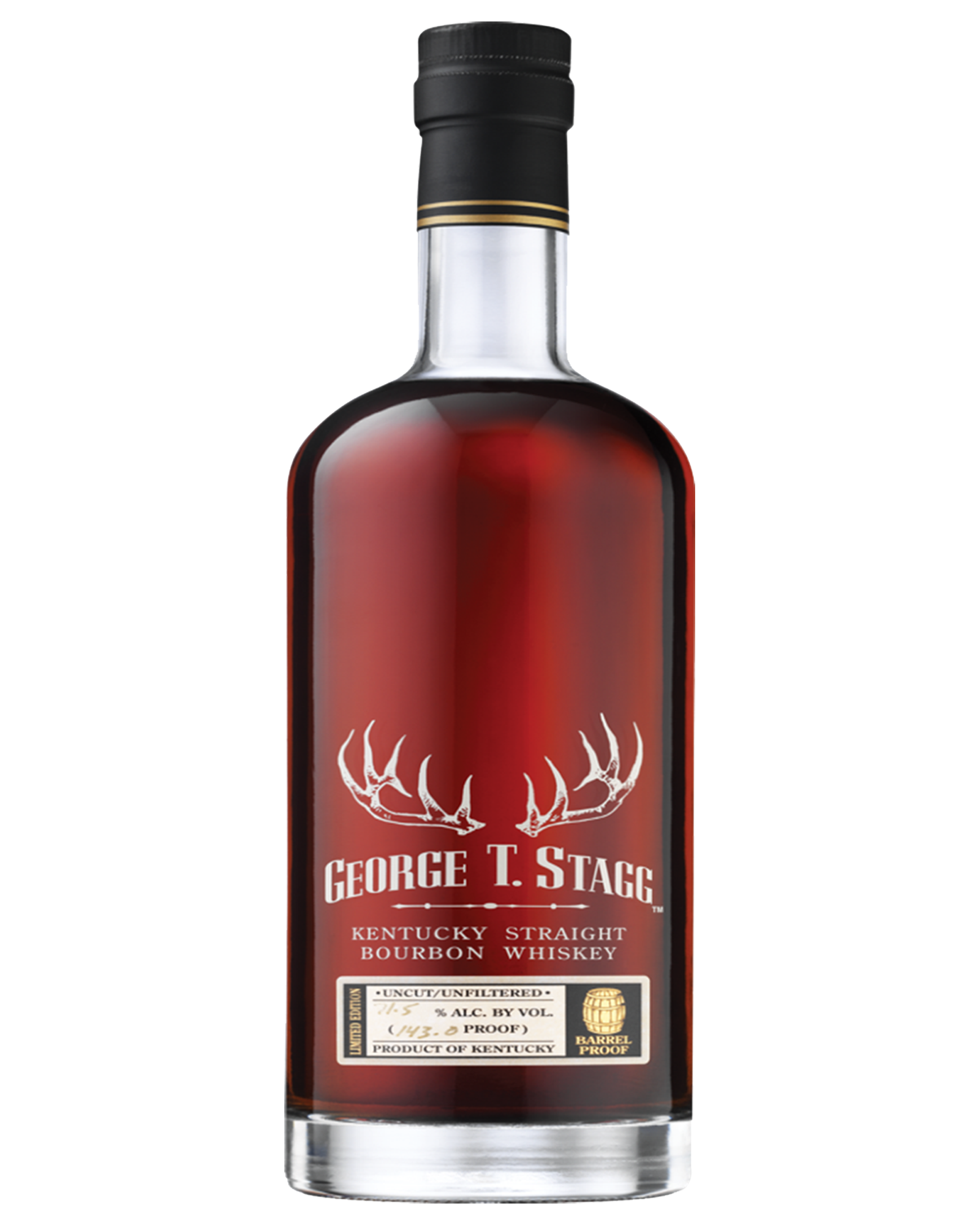 Another one that I think is perhaps the greatest in the world. It will run you $150 if you can find it, but if you do be prepared to go on the skin boat to bourbon town as this whiskey is so good you might want to have some “alone time” with it later!

This is part of BTAC (Buffalo Trace Antique Collection) ask you local liquor store if they will reserve you a bottle. That’s what I do.

They are expensive, look snooty. In fact, the bottles look like they should smell like antique leather and be pulled out of a fake bible by your great Uncle Harlan Sanders, but man, are they worth it. I have had 3 different types and all were eye-opening.

But be prepared to drop Ben Franklin and a few more dead presidents for this one.

This label is considered the holy grail by many, and I have been lucky enough to try the 15, the 20 and Old Rip Van Winkle 10-year-old. All were excellent, with the 15 being especially incredible.

HOWEVER, none of them are worth the aftermarket premium put on them. We are talking $20-$50 a shot and bottle prices approaching $1000!  Efff that! If you can try a shot, give it a go, if your local liquor store does a bottle lottery, get signed up as they usually sell them for $150 if you draw a ticket.

I think it’s worth that, but the aftermarket pricing is insane.

I hope that I have inspired you to go out and try our national booze!

It is easy and approachable and with such a massive amount of different distillers and products out there, I’m sure you will find one you like!

So enjoy, and share your bourbon stories down in the comments! 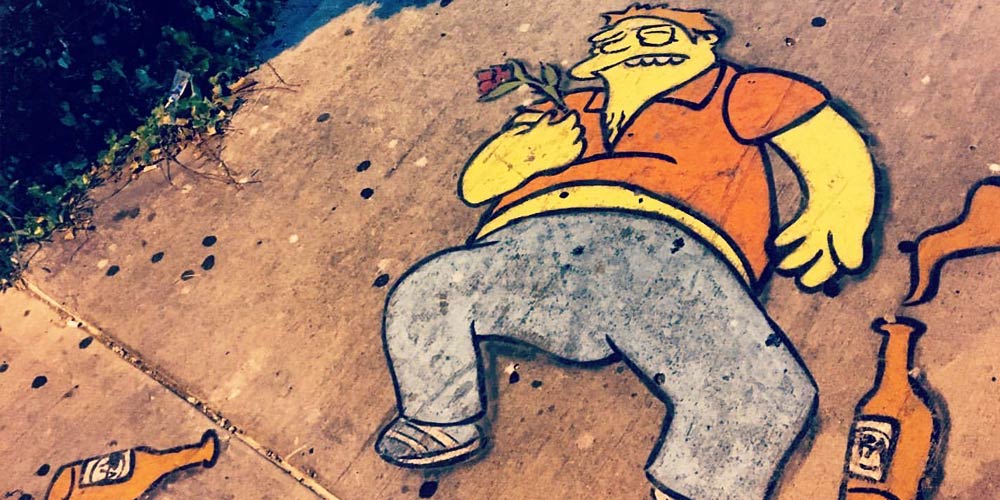