Although I have had an interest in Dungeons & Dragons for a while now, I have not had the opportunity to play a game due to scheduling conflicts.

That changed today when I was able to get to my local gaming store where my character was dropped into a scenario with two Monks, one Human, one Tiefling.

Although I have previously written about my intention of creating a Tabaxi Bard, I decided to stick with a character that could be created purely from the Dungeons & Dragons Player’s Handbook.

Retaining my choice of a Bard I switched the race to that of the Half-Elf. With the intention of later taking the Ritual Caster feat I included the prerequisite Wisdom of 13. After maximizing Charisma and Dexterity I was left with the following stat block.

Thrown into an ongoing campaign, Adelberto Cattaneo met with Thane, a Tiefling Monk, and Razimov, a human monk, while Razimov was guarding a caravan fleeing the destruction of Aridel.

Razimov had at this time accumulated quite a collection of shortswords from various bandits he’d defeated.

With introductions completed the trio was approached by two NPCs, a halfling named Elphin, and a human named Nicolas. They were local millers and were looking for someone with a wagon to help clear out their mill before whatever destroyed the city came for them.

Being helpful persons, the trio volunteered their services, however, Elphin had another problem. A friend of hers, a poet with a penchant for depressing poetry, was still in his cottage and showed no signs of wanting to leave.

As a fellow wordsmith, Berto felt compelled to talk to the poet and convince him to join his friends.

The trio headed up to the mill, Thane driving the cart while Razimov rested from his early exertions. Berto scouted ahead relying on his good Stealth, and decent Perception, and well that he did so.

Alert as he was, Berto was not caught unawares by the sound of approaching feet, nor was he detected by them. He moved close to the edge of the woods and signaled his comrades that something was amiss before slipping back into the shadows.

Five bandits passed by him, and he followed stealthily until they came back to the open land. There Razimov espied them and in the following exchange answered the bandits’ demand to surrender their property with his own demand that they flee before his allies surrounded them. Razimov’s Deception attempt was moderately successful and he had the bandits flustered.

Berto then snatched dust from the ground, hurling it at the men before striking up a lullaby on his lute. The magical effect of Sleep took effect, and three of the bandits slumped to the ground unconscious. With the two still standing bewildered, Razimov’s Intimidation threats caused them to flee.

As they fled past him Berto moved like a striking snake, his rapier piercing one of the fleeing men, killing him instantly. Razimov had made use of his monk speed to Dash ahead of the last man, and a combination of Berto’s rapier and Razimov’s shortsword attacks finished him off.

Two of the sleeping men were quickly dispatched, while the third was bound for later interrogation and placed into the cart. After taking one of the bandits’ light crossbows, and 20 bolts, Aldeberto resumed scouting while the two monks continued their drive.

The bandit awoke quickly as the spell wore off, and his shock at being bound was compounded by the cold looks Razimov directed at him.

Signaling for Berto to return they began their interrogation. Even after Intimidation he was not that forthcoming, admitting only that his name was Delfer and that he was part of a larger group whose intent was to despoil the local towns for supplies and gold. Having heard rumours of cultists in these parts the trio questioned him about that, but he admitted to nothing.

However Berto was able to persuade him to join their party, and he was given a shortsword and light crossbow from his fallen comrades.

The trio split once more, with Berto heading off to find the poet, while the two monks and their new “friend” carried as much grain from the mill to their cart as they could. 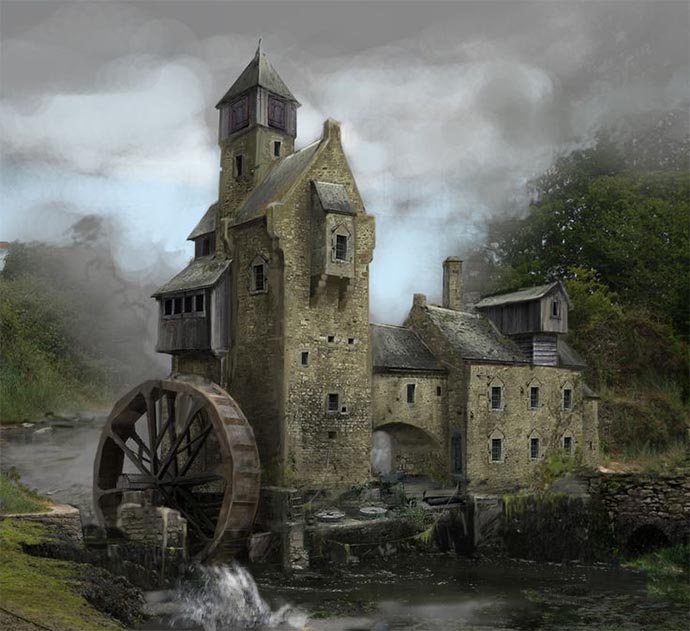 However, before too long they heard a sound from upstairs. Delfer, being the closest, followed the sounds to a closed room. Opening the door he entered, closing it behind him.

The other two’s work was interrupted by an agonizing scream.

Following the sound the two monks opened the door to witness the body of Delfer, his throat ripped out, surrounded by three demonic creatures, each half the height of a man, red-scaled, long-tailed, and winged.

Overcome with shock, Thane slammed the door shut, trying to reach a heavy barrel to block the door. However, her Strength wasn’t sufficient. Razimov added his strength to keeping the door closed, but he too was pushed back as the creatures’ razor-sharp claws appeared around the edge of the door.

Nonetheless, the demons quickly caught up with the cart, attacking them. Razimov struck first, attempting to cut one down, but its toughness meant that his sword strike and brutal punch were not sufficient. Grievously wounded though it was its claws tore into him, shredding his back.

Thane was more fortunate, her sword strike carved deep into the fell beast, and her second punch was sufficient to finish it off.

With their numbers reduced the demons chose to flee, heading up the hill towards Adelberto’s destination.

Making his way up the hill as quickly as he could, consistent with stealth and surveillance, Adelberto came to a small cottage, with a garden of black roses. This seemed consistent with Elphin’s description, so he knocked at the door.

In answer to the inhabitant’s question, Adelberto told him that he was from the bards of Baldur’s Gate and that they had sent word asking for him to come and share his dark poetry that spoke so clearly of the meaninglessness of life. 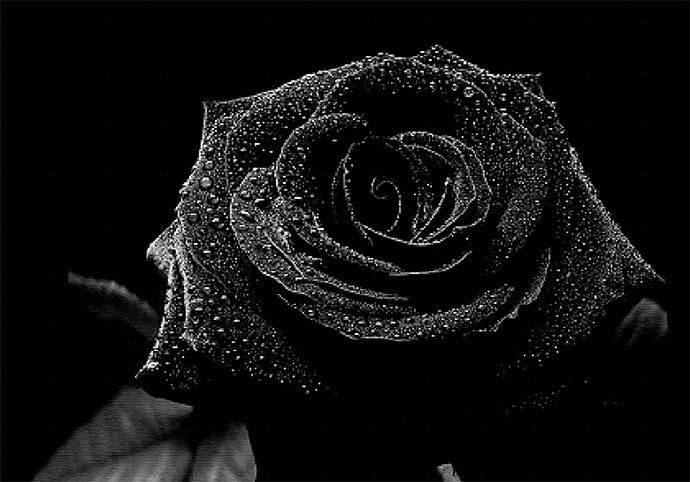 His curiosity mildly aroused, Billiam, the Gothic poet, invited him in. Surrounded by dismal artworks and reams of paper, Billiam waved a languid hand at him. With a series of blandishments, of which he was convinced Billiam only half-believed, Berto was able to convince the poet to join the caravan headed for Baldur’s gate.

With his new friend in tow, Adelberto made his way down the hill again, every sense alert for threat. So it was, when he saw the two creatures flying towards them, he was able to drag Billiam into the forest and hide them under his cloak.

The threat passed, Berto noted the direction that the monsters had flown in, as they descended to the ground and out of his sight. Part of him wanted to know where they were going, but he knew he had the responsibility to protect the poet.

They continued down to the caravan, meeting with the cart and the wounded Razimov.

Back at the wagon, Billiam was greeted by Elphin with several slaps for making her worry. Berto asked if there were any healing herbs available, and after a search round enough were found to fully heal Razimov.

When Berto inquired about whether he’d be able to buy some thieves’ tools there was more hesitation but one girl, Valerie, handed him a set. Noting the signs that they’d been well used Berto inquired, and Valerie admitted that she’d been something of a burglar before their city had been sucked into Hell. Berto thanked her for her gift.

Then an interruption came. The blacksmith stated that his son was missing, and the last time he’d been seen he’d been with Valerie. She assured them that he’d run off on his own, but when she pointed in the direction where they’d last seen him Adelberto realized with a sinking feeling that that had been the same area he’d seen the demons descending.

Demons? Cultists? What could it be?

That was where we ended the game for today, but it was most enjoyable. I shall play again.