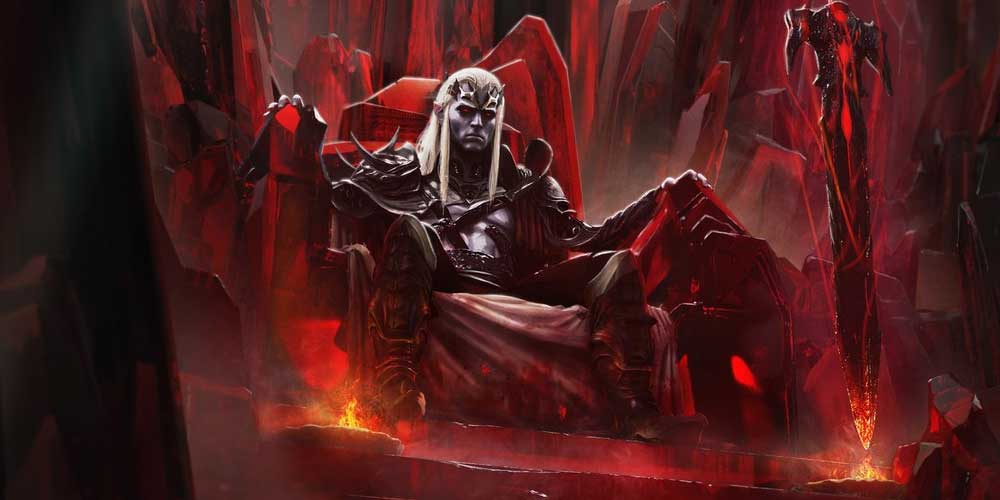 Film Goblin Digest covers some of the genre and mainstream entertainment news stories that we’ve missed in the past week.

Most of the time we’re a burning torch of truth applied to this most duplicitous of industries but today we’re going to try to keep things positive — even if we have to go back months to find good news.

Last week ComicBook.com exclusively reported that the forthcoming D&D movie being made at Paramount will not only feature a group of adventurers searching for the ancient evil artifact The Hand of Vecna but it will also have an appearance by the dragon Palarandusk.

The Hand of Vecna is a withered, blackened, mummified human hand that grants god-like powers to its possessor should they choose to use it to replace one of their own severed hands. Palarandusk, also known as the Unseen Protector, is a great gold dragon that inhabits the Sword Coast in the Forgotten Realms campaign setting. 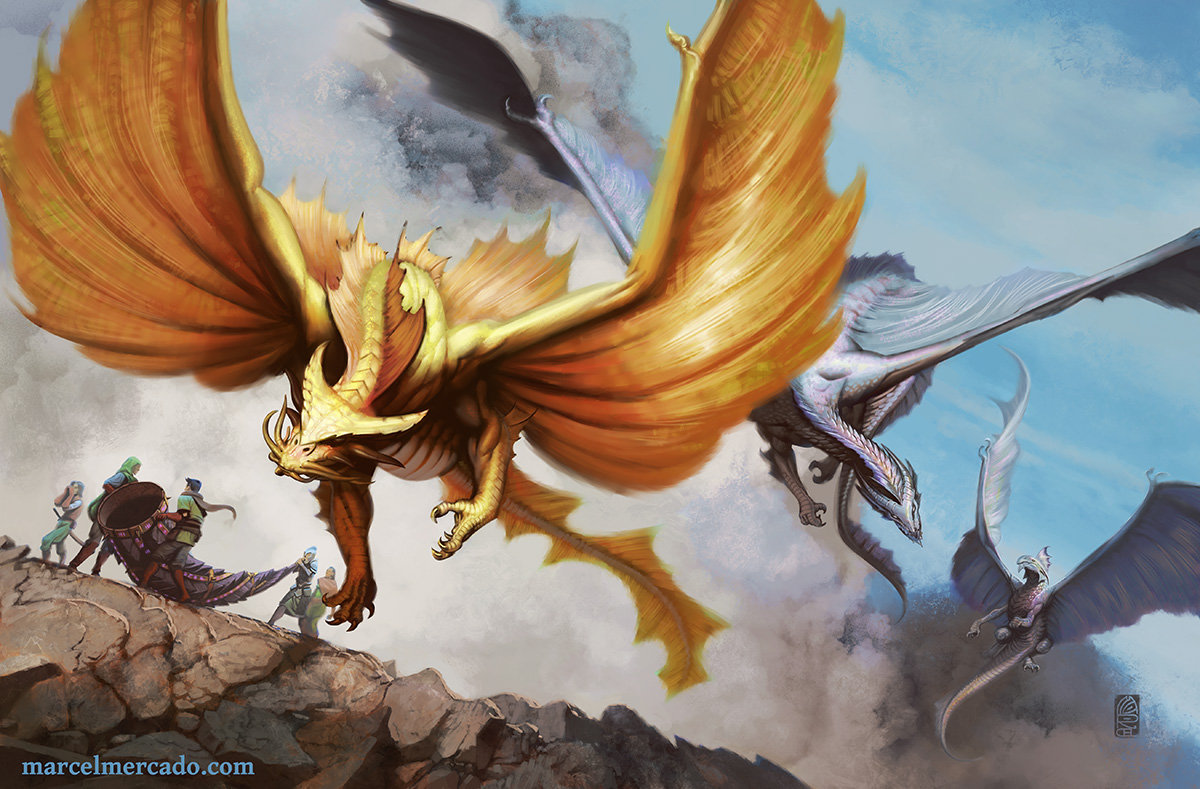 Since the Hand Of Vecna is a core part of the Greyhawk campaign setting lore, Paramount may be looking to mash up Greyhawk and Forgotten Realms in order to create a “unique” Dungeons & Dragons movie world that the studio can monetize.

25% different and all that.

The article goes into extensive detail about the party of adventurers:

Our source indicates that Dungeons & Dragons will feature a group of adventurers led by Raven Hightower, a warrior with a magic flamesword that’s haunted by his sister’s death. Other characters include the “half-dragon” Hack Karroway, the gnome thief Olivan Trickfoot, and a masked warrior named Alyssa Steelsong who is set to take over Palarandusk’s role when the dragon dies. Additionally, the main villain of the movie is a male drow named Razer Horlbar who once kept Raven and his sister as slaves, along with a female tiefling named Damala and a brutish warrior known only as “The Beast.”

In an attempt to remain positive about this news I’m going to point out that it could be much, much worse: it could be a meta-gaming movie that mixes Critical Role type buffoonery with an actual fantasy film.

Color Out Of Space Part Of Lovecraft Trilogy?

SpectreVision, the studio behind the recent relatively faithful adaptation of H.P. Lovecraft’s Color Out of Space, revealed tentative plans for a Lovecraft trilogy, adding that Color Out of Space director Richard Stanley may be involved as well.

According to the founders of SpectreVision, Elijah Wood and Daniel Noah, the next movie they have planned is Dunwich Horror.

“We had been hellbent on finding the Lovecraft adaptation that truly captured cosmic dread without the camp. When we encountered Richard Stanley’s script, I remember texting Elijah after I read the first page and said, ‘This is it. We found it.’ When you see this film, you’ll see that there are all kinds of little references that are allusions to other Lovecraft stories.”

Dunwich Horror was previously adapted in the 1970 film of the same name and focuses on a young female graduate student who is targeted by a man attempting to use her in an occult ritual with the Necronomicon.

The screenplay was co-written by Curtis Hanson of LA Confidential fame, while Roger Corman served as an executive producer on the film.

How Is This Roleplaying?

Call of Cthulhu is a relatively popular niche tabletop roleplaying game based on the stories and mythology of H.P. Lovecraft.

From the mists of time of four months ago comes the news, as yet unreported on Film Goblin, that the tabletop roleplaying game Warhammer 40000 will be getting a television adaptation.

According to the Hollywood Reporter, Frank Spotnitz, the man behind The Man In The High Castle, has teamed up with Games Workshop to produce a show based on a trilogy of novels collectively called Eisenhorn.

While the majority of roleplaying games are focused first on roleplaying, Warhammer 40000 is primarily about mass combat utilizing dozens or even hundreds of miniatures. The setting mixes the tech of a civilization 38 millennia into our future with arcane magic and demonic alien beings. I think, anyway.

This video should give you a better understanding:

Eisenhorn itself focuses on:

Inquisitor Eisenhorn is one on the most senior members of the Imperial Inquisition. With his warband he scourges the galaxy in order to root out heresy. When that heresy is found to infiltrate the hierarchy of the Imperium and the Inquisition itself, he must rely on himself alone to deal with it – even if it means making deals with the enemy.

Rights To The Elric Saga Acquired!

According to a Deadline exclusive, the rights to Michael Moorcock’s epic series of novels focusing on Elric of Melnibone has been acquired by New Republic Pictures.

The company is currently shopping around for deals with Glen Mazzara, the showrunner behind Amazon’s The Dark Tower adaptation, fronting the enterprise. 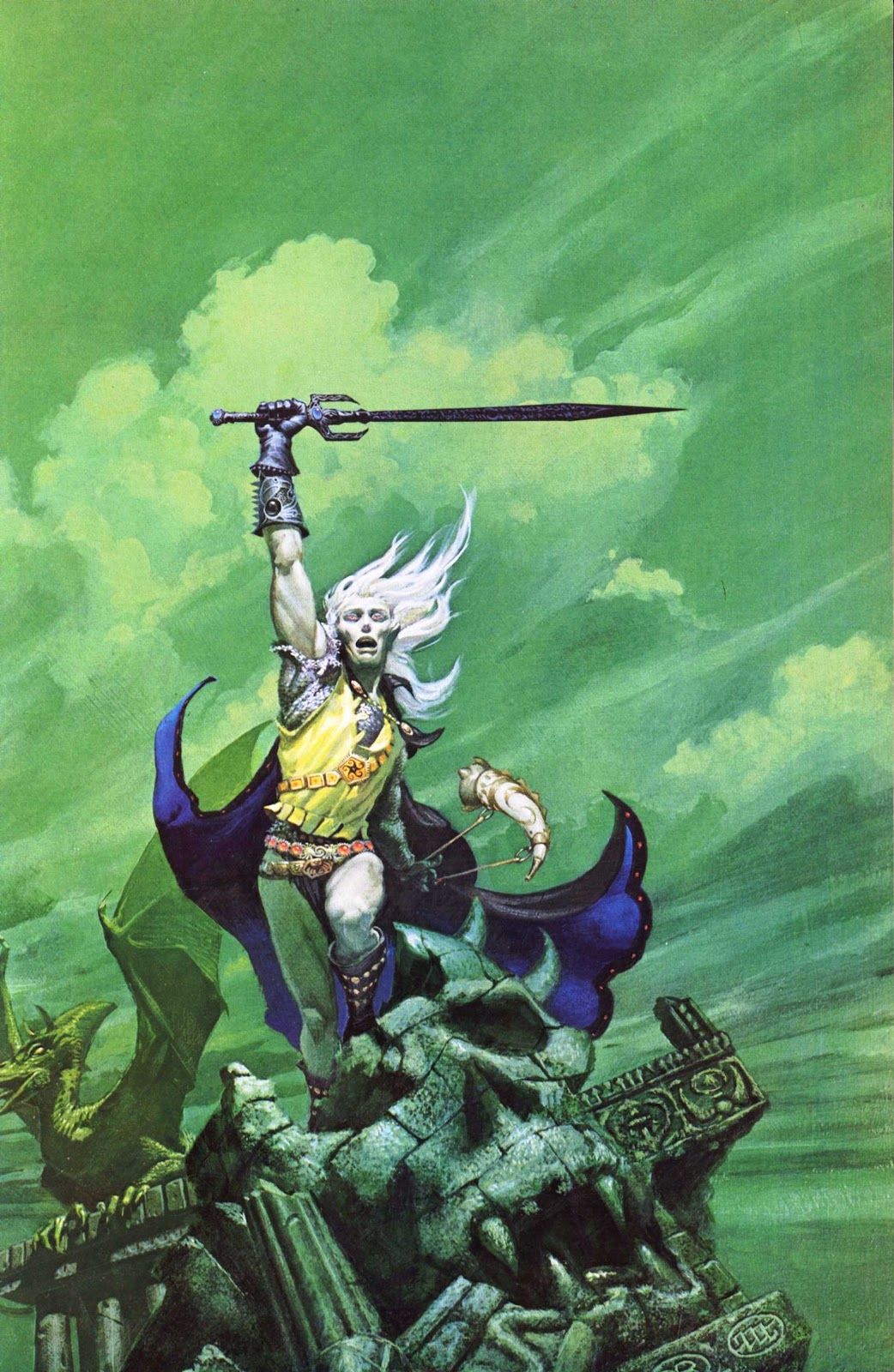 “[The producers and writers] all grew up on the iconic works of genre masters like Michael Moorcock, and the Elric Saga is among the most influential titles in the canon of fantasy-horror storytelling. We feel privileged to have been entrusted by Mike and Linda Moorcock with a character and narrative universe as rich and diverse as Elric, and hope to deliver to generations of fans the enthralling experience they’ve been demanding for so many years from these masterworks of genre literature.”

He says two important things in this statement:

Meaning there is a lot of weird shit going on all the time.

From the Wikipedia entry:

Elric is the last emperor of the stagnating island civilization of Melniboné. Physically weak and frail, the albino Elric must use drugs (special herbs) to maintain his health. Unlike other members of his race, Elric has a conscience. He witnesses the decadence of his culture, which once ruled the known world, and worries about the rise of the Young Kingdoms, populated by humans (as Melnibonéans do not consider themselves such) or the threat they pose to his empire.

One guess about who will be playing the humans from the Young Kingdoms. 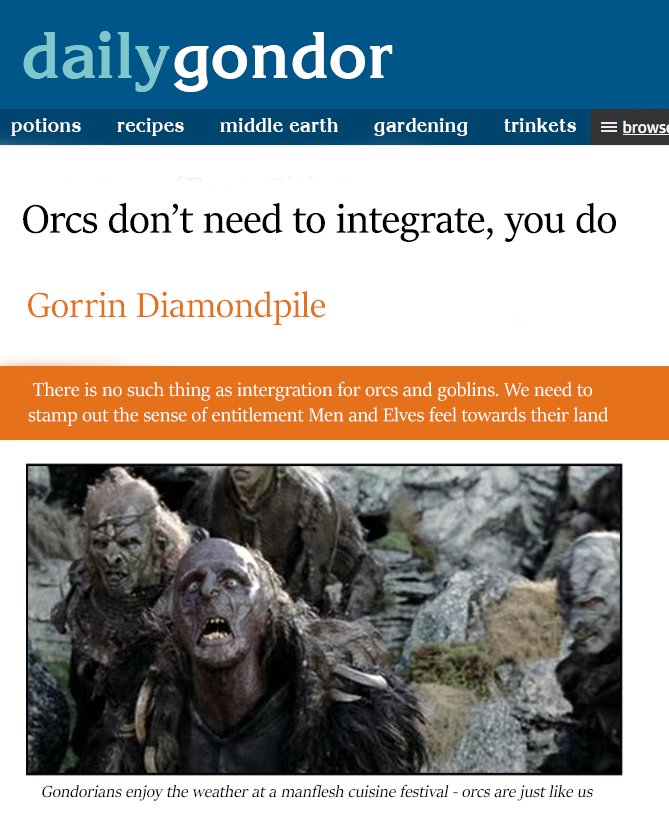