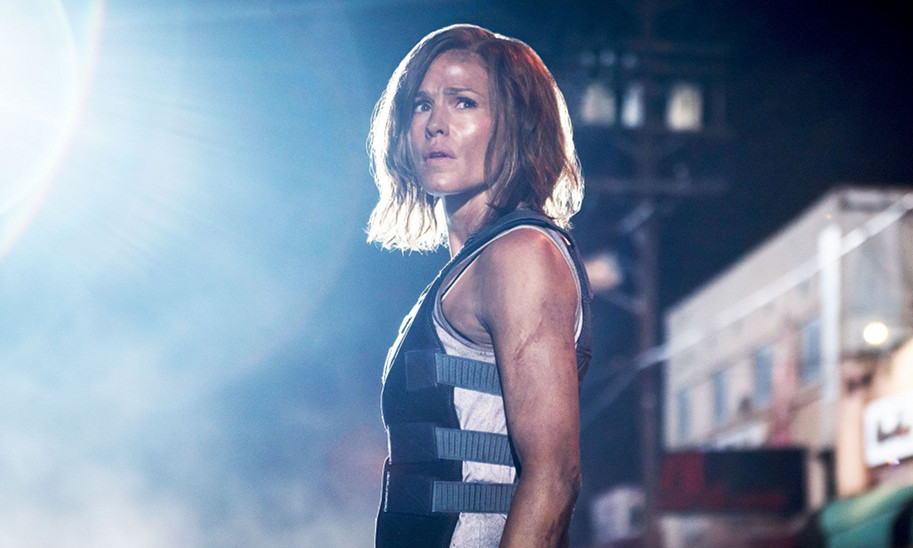 About halfway through Peppermint, Riley North (Jennifer Garner) follows an abusive, alcoholic father into a liquor store. She beats the crap out of him, sticks a gun in his mouth and steals his driver’s license. She proceeds to tell him if he ever hurts his kid again she’ll find him and blow his brains out.

A few seconds later she turns her attention to the guy behind the counter and demands his car keys in exchange for not blowing him away. He eagerly hands them over.

The rest of the movie is just like this scene, so if that sounds like something you would enjoy watching go see it. If not, then don’t.

I loved it. It was like watching an old school Cannon movie, which critics hated, but the kids on the schoolyard couldn’t get enough of.

Let’s dive into the plot.

Riley North’s husband and daughter get killed at a carnival in a drive-by shooting right in front of her. This was retaliation for her husband and her buddy thinking about ripping off a Mexican drug cartel, led by a guy that looks like Mexican Burt Reynolds (he’s as awesome as this description sounds).

Riley identifies the shooters, but they walk when a crooked judge says there is no evidence and then proceeds to have her committed to the loony bin for evaluation.

She escapes custody and over the next five years she robs banks and military-grade weapons dealers, all the while training in how to take lives and inflict pain. The authorities attempts to catch her during this time are futile.

On the five year anniversary of her family’s murder she takes up the task of killing everybody associated with the cartel.

These killings are high in volume (over 3 dozen) and quality.

Here are a few of my favorites:

Most mainstream critics didn’t like this movie much. Not a surprise, given the complaints in the reviews about Mexican criminal bad guys with face tattoos and David Hogg-style, gun control soapbox complaints.

The script isn’t the best, some of the acting could be better, but I had a great time watching Jennifer Garner kill people while acting like a lunatic.