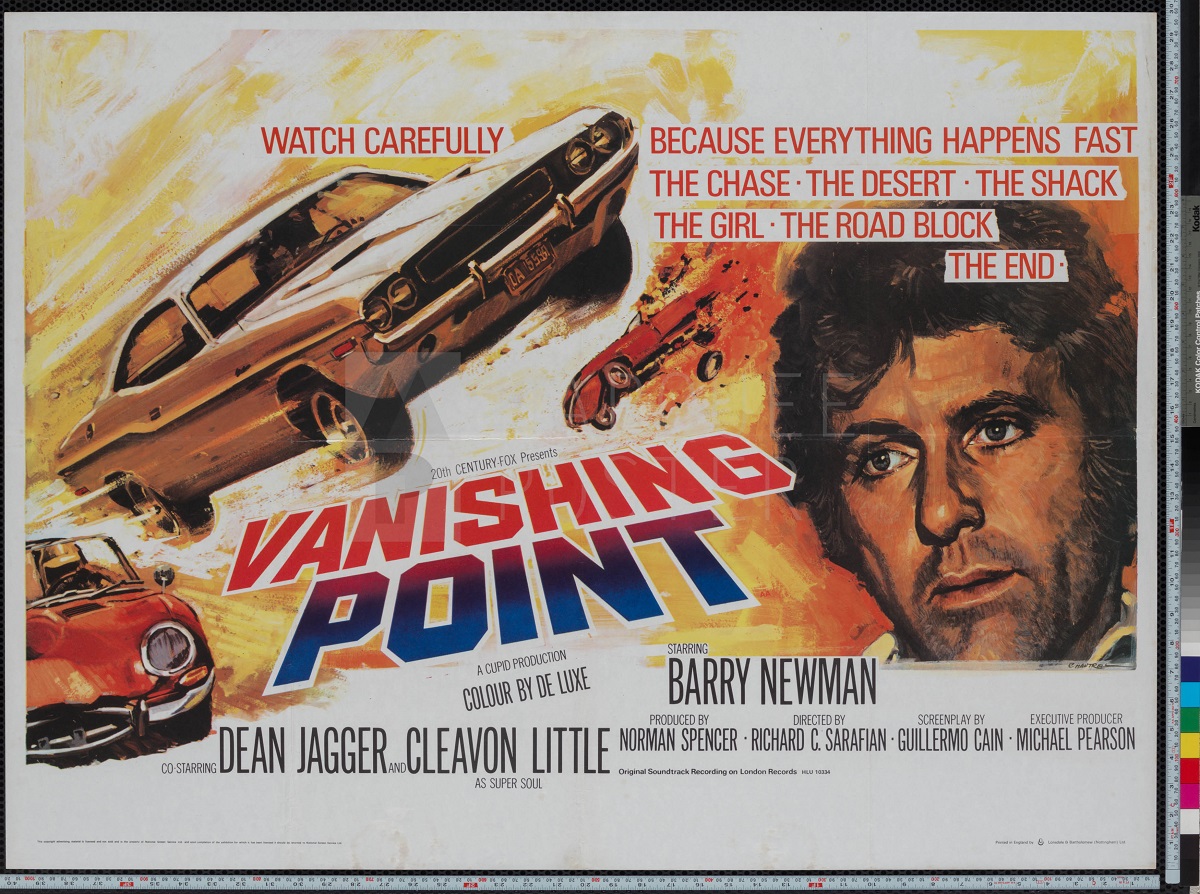 We Have Forgotten The Face Of Our Father

As the children of today are increasingly raised by women and emasculated men, it’s not hard to see what was traditionally accepted as male behavior is now vilified to the nth degree. As a man in my mid-30s, I still look to the image of my father as my paragon of what a man should be:

He was a hard ass, but he had compassion. He was a gun owner, but he distanined killing wildlife and kept the weapons more for self-defense and as collector’s pieces. He could fix practically anything in a car, and I rarely saw him without a book by his side.

In short, he was the kind of man all real men strive to be.

In these times where being born with an X and a Y chromosome is considered a crime in some precincts, I find the need to remind myself that not too long ago these same virtues were lauded. Therefore, I poured myself a glass of bourbon and sat down to watch one of the all time great car movies: the 1971 classic Vanishing Point.

The film’s protagonist is a car delivery driver named Kowalski, played by Barry Newman. He’s not ripped or overly handsome. He’s simply a man finding his way in a FUBAR world.

Although he spends the film mostly behind the wheel of his 1970 white Dodge Challenger, we learn about his past via flashbacks brought on by his different experiences on the road. For example, a young gas station attendant reminds him of a woman he saved from a crooked cop during his days as a police officer.

In addition to being a cop, he was also a motorcycle and demolition derby racer, and he served in Vietnam before finding himself in his current profession of ferrying cars from one point in the country to another.

From the character’s introduction, Kowlaski seems hell-bent on a path of self-destruction.

After arriving in Denver to drop off his latest delivery, he shuns the garage attendants request to take a break. Instead, Kowalski wants to get back on the road as soon as possible, and he accepts the job of taking a supercharged Challenger to San Francisco. Although he has the weekend to make the delivery, Kowalski bets his speed dealer that he can make it by 3:00 p.m. the next day.

Along the way, Kowalski encounters a number of law enforcement officials and random thrill seekers. Even though he runs them off the road, he frequently stops to check to ensure they didn’t die before continuing his journey. He never specifically goes looking for trouble, but he finishes it when it comes after him.

It’s the classic trope of one man against the world. If everyone just got the fuck out of the way and let him be, there wouldn’t be any issue.

In arguably the greatest role of his career, Cleavon Little plays the blind radio disc jockey, Super Soul. In addition to spinning the hits of the day, he gives Kowalski subtle clues as to what perils are in his path.

One of the highlights of the movie is watching the unassuming blind man make his way into the studio, only to come alive when the On Air sign lights up. It as if he does not exist when he is not in the studio and is just a shell of a man during the downtime.

It appears that the two characters have a sort of “Shining” thing going on, as they appear to be able to talk to one another. Super Soul is also keenly aware of when Kowlaski needs his information.

A Long And Winding Road

On his way through three states, Kowalski meets a colorful cast of characters. One being a grizzled old prospector type who catches snakes for a church revival group. Unfortunately, it seems like even his time is at an end, as the church is moving away from its supposedly snake handling roots as more people flock to the music they now provide.

Kowalski also runs into some hippy guy and his old lady who apparently spends her time roaming around the desert naked on a motorcycle. When left alone with this woman, Kowalski treats her like a regular person instead of immediately forcing her onto the floor of the shack and violating every orifice in her body. Surely, this is a work of fiction.

Spoilers For A Nearly 50-Year-Old Movie

As is the case for most of the movies from this era that focused on a man going against cultural norms, it ends with his death. This is achieved by running his Challenger head first into a couple of bulldozers meant to block the road. Although there are plenty of Jesus allegories, one of my favorite theories is he believes he can make it through the tiny crack between the shovels.

Either way, the crowd that gathered to see the end of this, quickly disbands, and Super Soul appears to be broken by the endeavor. No matter how many times I watch this, I hold out hope this will be the time Kowalski makes it through.

Seeing as how we are almost two generations removed from the release of this movie, it’s sobering to think how quickly men were henpecked into obedience. Within the last two decades, the stubble has been shaved from our chins and our balls placed in Canopic jars.

Sure, this movie could have been counter-cultural back in 1971, but it has transformed into a model for real men for quite some time. I’m not lobbying for some type of alpha-male symbol, rather, a man who strives to do what he can to the best of his abilities.

Kowalski does not subscribe to any nationalistic theory about what it means to be an ubermensch, and he’s more than just a standard anti-hero. An apt comparison could be Rocky Balboa before he became a caricature.

In the original Rocky, Balboa could easily give in to the circumstances of his situation, but even as a mob enforcer, his humanity shines through when he refuses to break some schmoes thumbs.

Similarly, Kowalski could have overlooked his partner’s harassment of a female suspect and kept his job as a cop, but if he did, he knows he’d never be able to look at himself in the mirror again.

Emerson once said, “For nonconformity, the world whips you with its displeasure.” Today, as the world increasingly asks men to give up their manliness for what the angry women in pink hats define “masculinity” as, any male who clings to the former standard is deemed an archaic remnant of the past.

As I mentioned before, I keep wishing Kowalski will one day make it past those barriers, but I understand why it is the only possible way out for our hero.