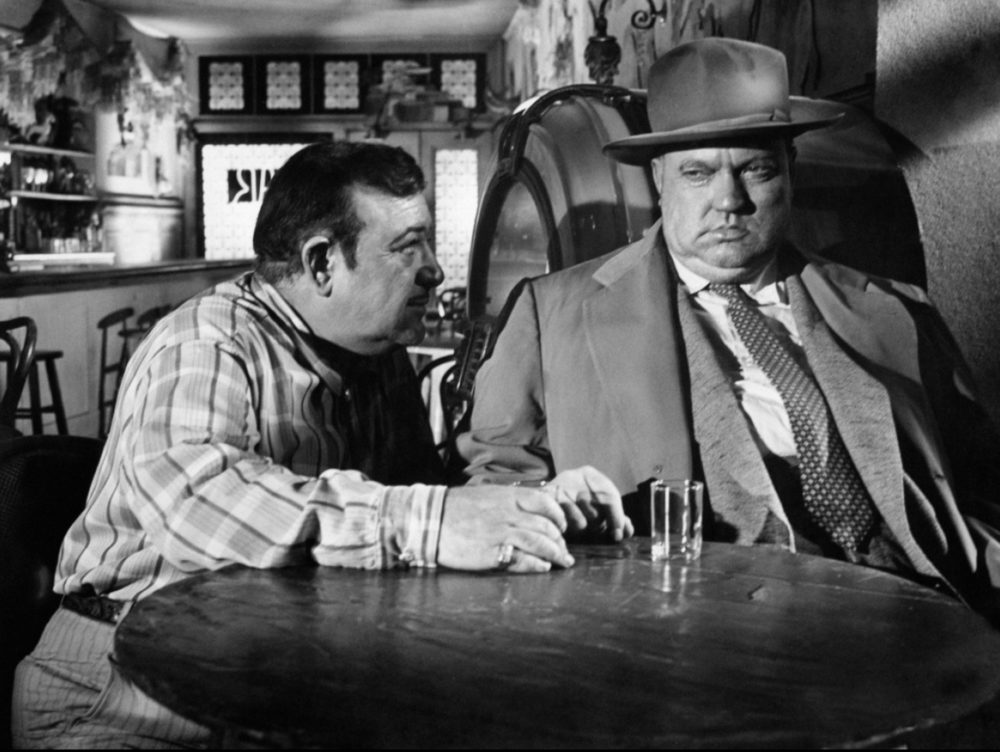 Time To Get Learned Again

Orson Welles is one of my favorite directors and a few weeks ago I wrote about Citizen Kane. Today we are going to talk about what is Welles’ other most recognizable film that everyone is forced to watch in film class, Touch of Evil.

Today, most people seem to know this movie because of the eye-rolling casting of All-American Charlton Heston as a Mexican (que?) and also because a lot of directors seem to enjoy referencing it in their work. Just off the top of my head, Tim Burton did it in Ed Wood and Robert Altman did in The Player.

But don’t worry, this is a great movie and one of the last classic noirs to come out of Hollywood.

The film revolves around the investigation of a car bombing that takes place at the US/Mexican border.

Welles’ plays Hank Quinlan, the corrupt detective who is investigating the case.

Charlton Heston plays Mike Vargas, who works for the Mexican drug department and decides to take an interest in what’s going on.

Eventually, Quinlan makes an arrest in the case, but only after planting evidence to implicate his main suspect. Vargas discovers what Quinlan has done and doesn’t like it.

Oh, and there is what now looks like a seemingly random cameo by Zsa Zsa Gabor. 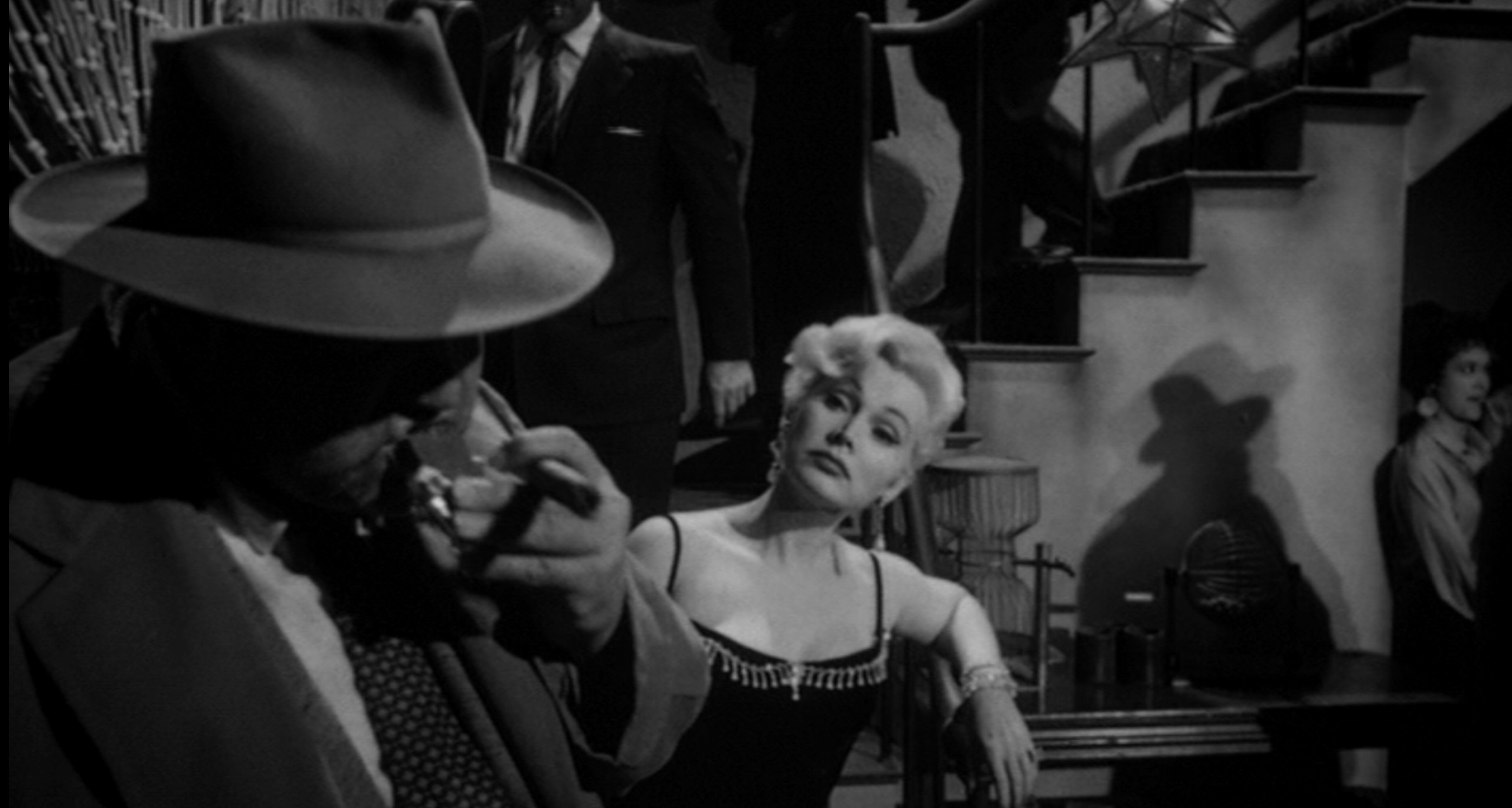 After years of being exiled in Europe to get financing for his projects, Welles planned this as his big comeback to Hollywood and his ticket to get back into favor with the studios.

There are a number of stories about how Welles actually come to direct this film and the person who is telling it seems to be the one who takes the credit for it.

The film is based on the book Badge of Evil. According to Welles, he was looking to work with the film’s producer and made a bet with the guy that he could turn anything bad into a great film and offered to rewrite his worst script into something good to prove it.

That script was Touch of Evil.

But Heston had a different story about how Welles’ got the job. According to him, Welles was already attached to star in the movie and after he found out Welles was already signed to act in it, told the studio that he wanted Welles to direct it as well. 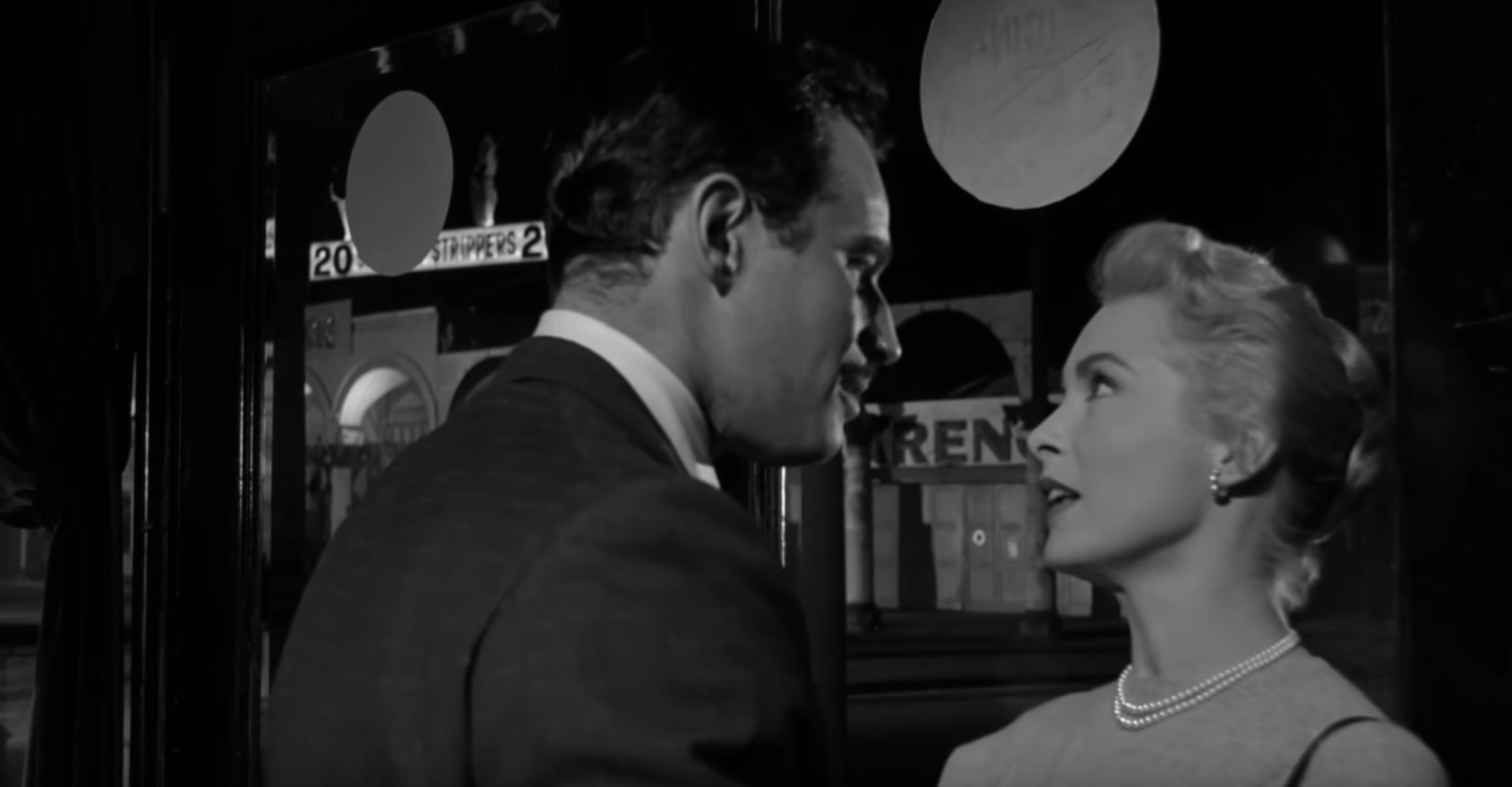 In order to get Heston (who was still a big star at the time) to sign on, they gave the directing gig to Welles.

One of the things this film is best known for is its use of long takes. The opening shot is a three-minute crane shot that is easily one of the best-known openings in film history.

The camera moves effortlessly from close up to wide shot and ultimately ends in a big explosion.

But even though that is the most famous shot, there is one in the film which I think is actually more impressive, though less flashy.

When everyone arrives at a motel to question the suspect and the evidence Quinlan planted is discovered, that entire scene is also one long take. The thing that makes this scene more impressive than the opening is the small space in which it is shot.

It goes between rooms seamlessly with multiple characters, all while clearly conveying a lot of information. It’s also a lot longer than the opening.

The thing that makes shots like this so impressive is that when they are properly staged, you don’t notice how long they are.

As much as everyone celebrates these two scenes for their artistry, at the end of the day the reason Welles did these scenes as long takes was for budget reasons.

These were the first two scenes to be shot according to the schedule. Both combined would have taken a week if shot the standard way by making sure you get enough coverage to edit with.

By doing them as long takes, they were both done in a day, saving the studio which he was trying to get back into favor with a lot of time and money, and ultimately making him look very good to them. 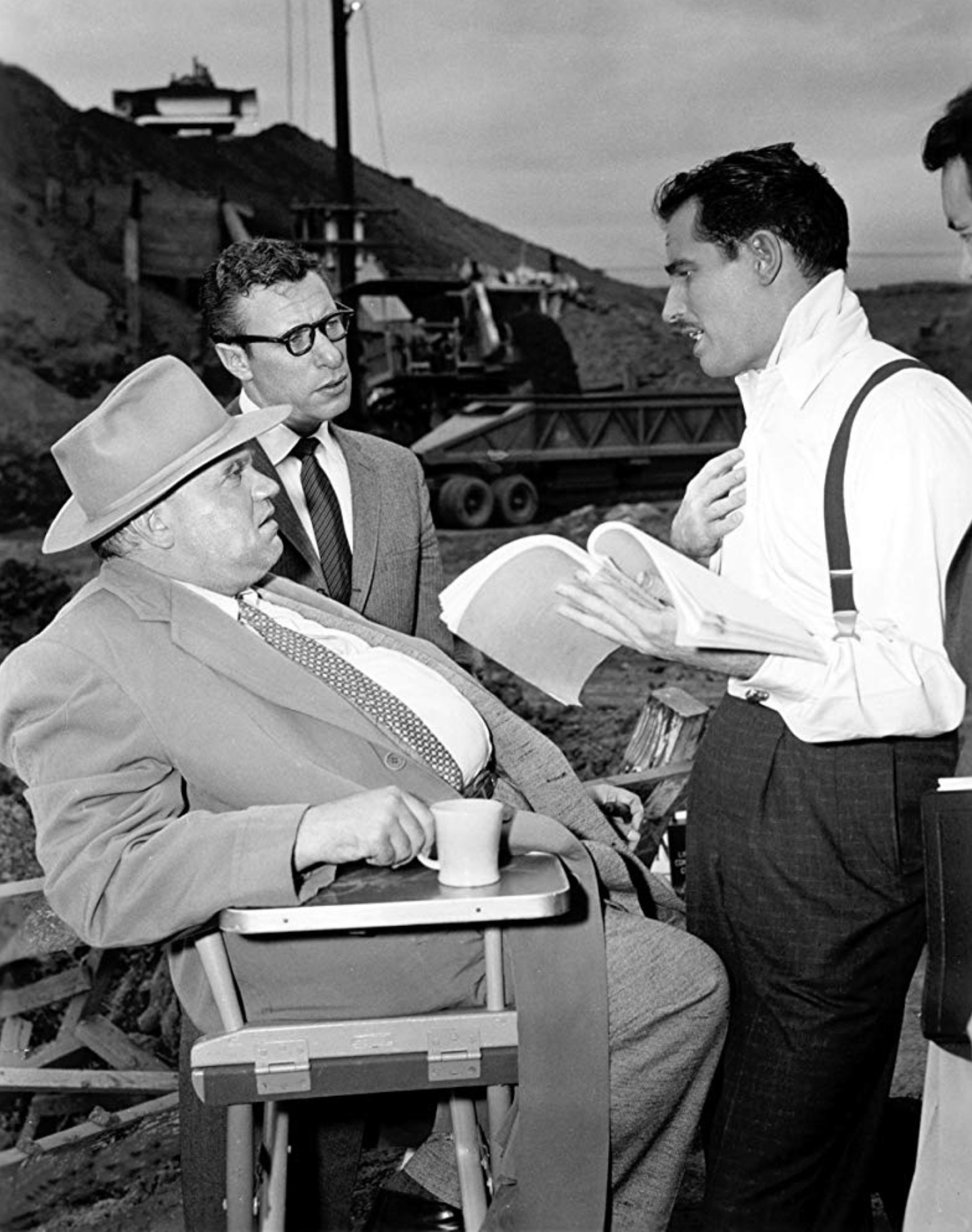 As I mentioned in my last post about Citizen Kane, like most of his other films, there were a number of changes made by the studio after he delivered his cut to them.

Some parts were re-edited, others even went so far as to have a new director come in to shot new scenes.

Welles started his career in radio before coming to Hollywood, so sound was very important to him in his films. You don’t really think about audio changes though because film is a visual medium, but a lot of that was changed as well. For example, Welles did not want any music in the opening scene, but the studio added it anyway against his wishes. 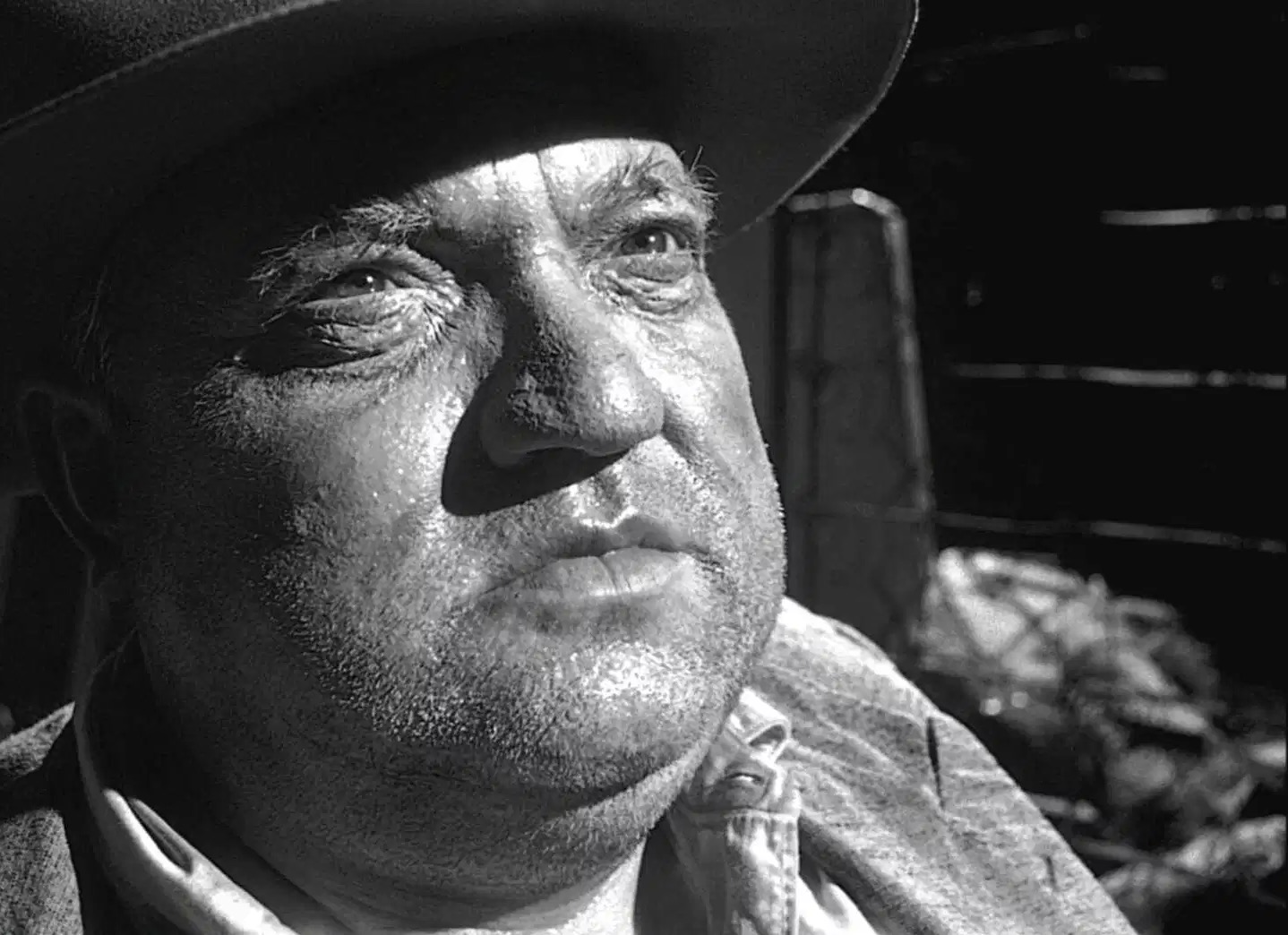 Even though Welles thought he had done everything he needed to please the studio, the studio did not have faith in the film and released it as the second half of a double feature.

It was not a commercial success, though it was well-received in Europe and won some awards in film festivals over there despite not being the cut Welles wanted.

In fact, Welles was never even asked to see the final cut. The first time he saw the final cut was with an audience full of people.

Even though we view the film as a masterpiece now, the following clip was his first reaction after seeing it…

That’s not a happy camper.

When the film was in post-production, Welles gave the studio detailed notes totaling over 50 pages on the changes he wanted to be made to the film.

Most of them were ignored. If you Google it, you can actually read it all yourself.

Years after Welles death, these notes were found and the studio decided to recut the film according to those notes. Walter Merch (The Godfather, American Graffiti), the guy who literally wrote the book on editing was brought in do the recut.

Some scenes not shot by Welles were kept in the cut since it turns out Welles actually approved them. Quinlan’s death was also re-edited, which in his notes said if done properly would be one of the greatest things in his entire career.

So yeah, if you haven’t seen it, check it out.

It’s a big part of Hollywood history. It was on Netflix for a while but unfortunately seems to of been taken down, so you are on your own.