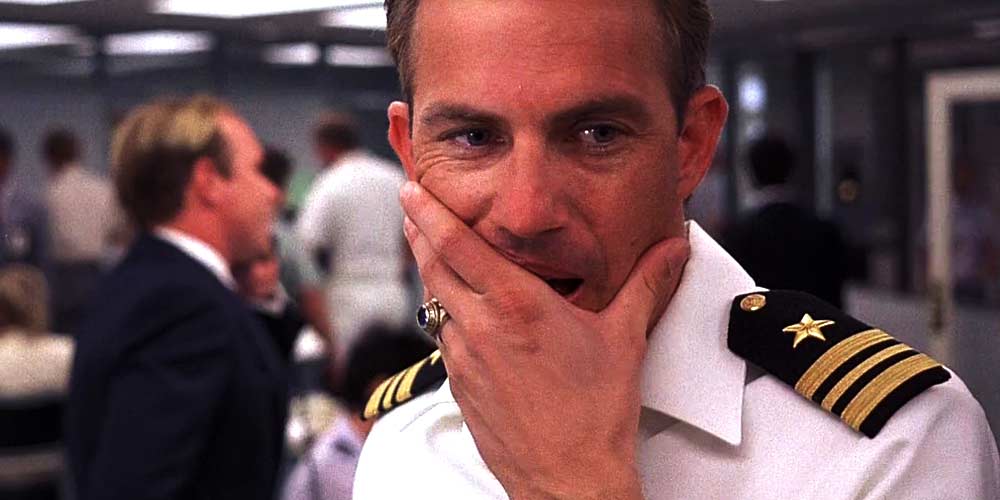 Lately I’ve been watching movies on whims. Last night’s pick ended up being interesting enough to inspire writing a post on the genre.

I call it the Policeman-Investigates-A-Crime-He-Is-Personally-Involved-With genre.

I won’t go into any major spoilers in case folks have not seen these movies. The story beats the films hit are what makes them enjoyable.

Last night’s movie took me by surprise. It was not a great film, but it captured my attention once it got going. The movie was China Moon (1994).

China Moon stars Ed Harris’s bald spot, Madeline Stowe’s natural beauty, Benicio Del Toro before he started looking like a Hispanic Brad Pitt (Del Toro looks more like a human salamander in this film) and Charles Dance doing a southern accent, which my brain could not wrap itself around. Dude was born in Worcestershire!

China Moon was directed by John Bailey, who spent most of his career as a director of photography on a decent number of films, many a person has even heard of: Groundhog Day, Silverado and In The Line Of Fire, among them.

China Moon got the moniker of “a steamy 90s thriller,” which is basically what every thriller was for about five years after Basic Instinct. Was China Moon steamy? It did, in fact, have a car with steamy windows at one point.

Other than that, how steamy can one get with Ed Harris?

I like Ed, but “steamy” is not his forte. Harris’s forte is “Bald Angry.”

Did China Moon thrill? Kind of, yes. It made some choices that I did not expect. By the time it ended, everyone involved earned the Jeremiah-Johnson-nod-of-approval GIF.

The next Policeman-Investigates-A-Crime-He-Is-Personally-Involved-With movie to highlight is Out Of Time (2003).

It totally seems like it should be at least a 2008 movie.

The only thing I remember about 2003 was that the Minnesota Timberwolves didn’t suck that year, and they lost their chance at a Finals appearance because Sam Cassell injured his hip while doing his celebratory “big testicles” dance.

Ah, Minnesota sports… but, hey, at least we are the home of the repeat WNBA champs.

The joke there is, of course, that we are the home of the repeat WNBA champs…

Out of Time stars Denzel Washington, who we don’t even bother saying anything irrelevant about even though we all know Virtuosity exists.

Eva Mendes is also in Out Of Time. Whatever happened to Eva? I have not seen her in a while. Did she go hang out with Madeline Stowe, who also basically disappeared? They are probably better off. Let us not speak their names, lest some producer offers them $75,000,000 to appear in a movie we will hate.

Carl Franklin directed. He was more known for being a TV actor and showing up in things like The Incredible Hulk and The A-Team, but he also did some films that get some mention as above average: Bill Paxton’s One False Move (1992) and Denzel’s Devil In A Blue Dress (1995).

Again, I won’t go into spoilers.

Suffice it to say, Out Of Time is about a policeman who finds himself in a bit of a pickle when he is in charge of an investigation that is essentially out to catch… him, and he has to play both sides of the equation.

Which brings us to our final Policeman-Investigates-A-Crime-He-Is-Personally-Involved-With movie, and my personal favorite: No Way Out from the distant year of 1987 when Transformers and G.I. Joe ruled the world, with Nintendo coming on fast.

No Way Out stars Kevin Costner before he became the biggest star in the world… and then became a guy no one would probably even cast in a movie like No Way Out.

No Way Out also features Sean Young, who starred in one of the most talked-about films in movie history — Ace Venture: Pet Detective.

Gene Hackman — who knew when to walk away from the game — is in the movie as well, along with Will Patton and George Dzundza.

I just realized George was also in the aforementioned Basic Instinct.

Want to know another good George Dzundza movie? Check out The Beast from 1988, about a Russian tank lost in Afghanistan.

That’s a pretty strong supporting cast. It is hard for Hackman to do wrong, and Patton also does a nice job as Hackman’s doting assistant.

Roger Donaldson directed. I see he also directed the 1994 remake of The Getaway, with Alec Baldwin and Kim Basinger. I’ve been meaning to revisit that film at some point. I only saw it one time a long, long time ago.

What I really enjoy about No Way Out is its creative use of the ticking clock trope.

In this case, the ticking clock is a computer rendering a blurry photo of the killer in the background while the movie goes on around it. Costner knows the photo is a picture of him and has to solve the crime before the 1980s computer renders his likeness. It takes a while. After all, the photo was probably nearly 13KB in size.

Can you think of any other Policeman-Investigates-A-Crime-He-Is-Personally-Involved-With movies? Let’s investigate ourselves!