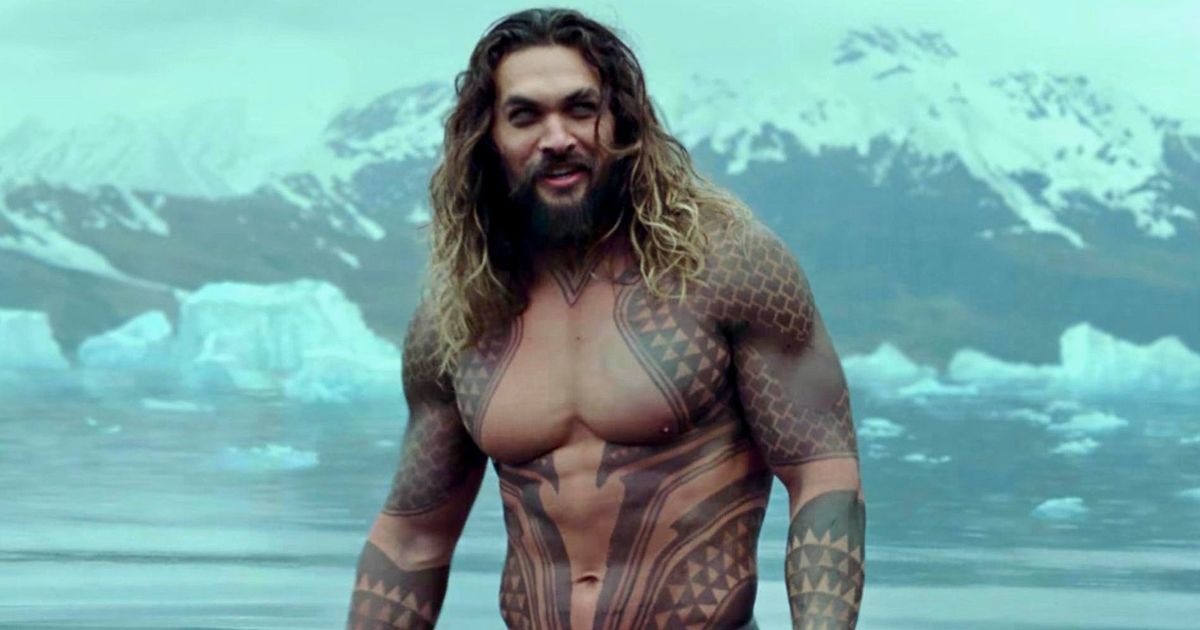 Aquaman is the first live-action DC movie that I enjoyed all the way through. Gal Gadot was a dynamic bombshell in Wonder Woman but really she was the only thing I found great in that movie. Aquaman felt like a lot of action and superhero movies Frakensteined together with a slick CGI paint job.

It’s difficult not to make parallels to the first Thor movie. And, not just because Jason Momoa gives Chris Hemsworth a run for his money on producing lady boners. The titular Aquaman attempts to claim a super powerful melee weapon that only he can wield, and his half brother plots to keep him from claiming this birthright.

Atlantis seems to work a lot like Wakanda with seven unique tribes that seem to be entirely separate entities but for plot reasons need a majority in agreement to take actions. This is made more difficult by one tribe being gone and another being insane.

Killmong….. err King Orm defeats Arthur (Aquaman) in gladiatorial combat which seems like the worst way to pick a good ruler and has a mercenary associate he uses to as leverage to gain support with other tribes.

Unlike Black Panther, the CGI in Aquaman was jaw-droppingly gorgeous and rarely took me out of the movie. It was noticeable but not awful like the PS2 graphics fight scene at the end of Black Panther.

Aquaman is by no means perfect. It has some weirdly convenient moments and plot holes, most that can be brushed off with the rule of cool.

Some jarring moments were when an Atlantian gives himself a swirlie or how people kept smashing through walls like the Kool-Aid man during quiet moments.

Aquaman deserves to be seen if only because it was the first DC live-action movie that felt like a superhero movie made for comic book nerds and not trying to impress the cool kids.

He even dons a modernized green and yellow costume that would only be impressive to nerds like myself and cosplayers.

Aquaman Vs The Five Bs Of Enjoyable Bad Movies

There is a lot of violence in Aquaman from a punchout with a bunch of sea pirates to an undersea war. Your bloodthirst should be quenched fully. Though the movie isn’t very gory except when some CG merfolk attack the protags on the open sea. The insane merfolk from the trench seemed to have a lot more blood in them than anyone else that got stabbed.

Both Amber Heard and Jason Momoa were rocking it in the babe department. Amber Heard is a knockout who I mistakingly thought was around twenty but I was very surprised to learn she is thirty-two. She plays Mera the future queen of Atlantis and has a decent chunk of screentime. Jason Momoa carries the babe factor for the female audience with plenty of cheesecake left over.

Aquaman benefits from having two villains, Oceanmaster and Black Manta. Both have their moments to shine as villains though the dip Oceanmaster takes into a psychopathic madman towards the end didn’t have the same weight as Black Manta’s motivations of revenge against the man who killed his father.

While pretty much all of the boom was CGI, it managed to captivate as few other movies have. Typically when CGI is used heavily it is at best a headache. Here there were moments were I genuinely forgot the effects were CG. From Atlantian laser fire to grenades being fired in a sub without somehow deafening everyone, there is quite a lot of boom.

The acting was amazing throughout the whole movie. Jason Momoa was kind of crude but comes into the role of superhero/king by the end. William Dafoe was far more subdued in his acting than usual. The only line that I found truly awful was when Arthur expositions that these fish monsters were “scared of the light” because they lived in a trench despite living next to a big light source in the trench.