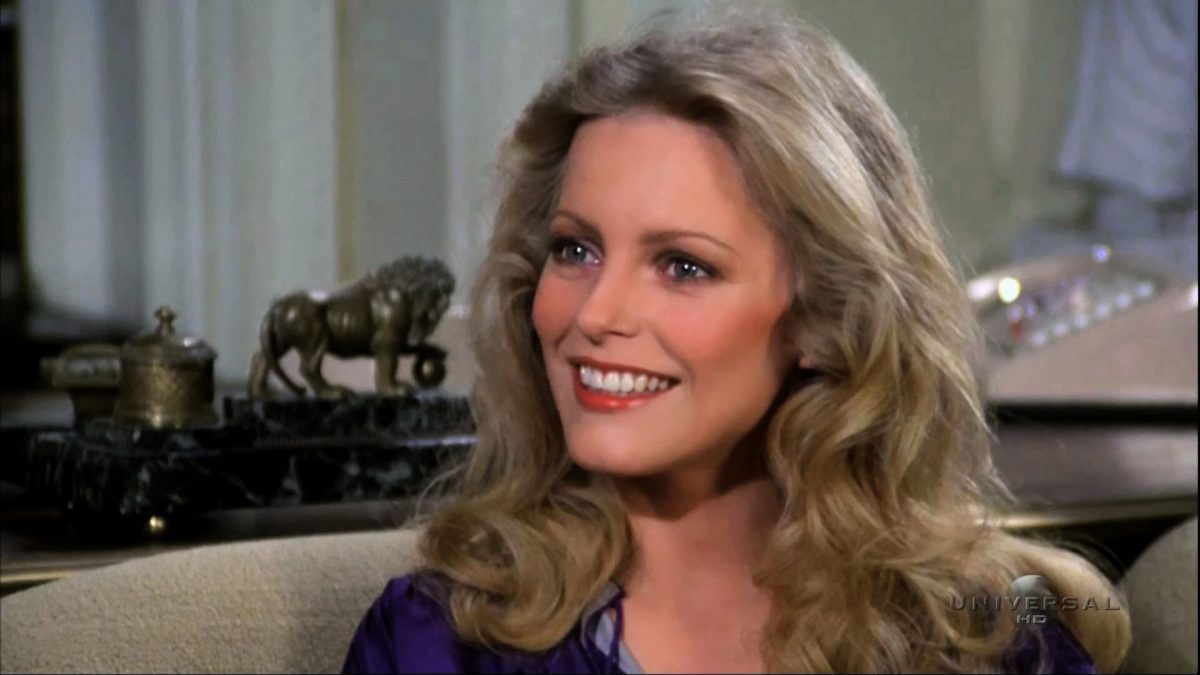 Cheryl moved to Hollywood in 1970 to pursue a career as a singer. She dropped her last name adopting “Moor” in its place. Early gigs included the singing voice of Melody on Hanna Barbara’s Josie and the Pussycats.

Cheryl once again changed her last name, this time to “Ladd” when she got married to David Ladd in 1973. Ladd began to be cast in commercials and single episode bit parts on television shows such as The Rookies, The Partridge Family, Police Woman, and Happy Days.

Her big break in acting came when Farrah Fawcett quit the mega-hit series Charlie’s Angels in 1977 after only one season. Ladd portrayed Kris Munroe, the sister of Fawcett’s character Jill.

During this time she utilized her fame to land a guest spot on Carol Burnett,  release some music that sold fairly well and sing at the Super Bowl. She remained on Charlie’s Angels until it ended in 1981. Her first marriage ended around this time and she married music producer Brian Russell soon after.

Throughout the next several decades Ladd has kept busy in her career. During the 1980’s she was a fixture in made for tv movies, starring in over 30 of them.

She has also been in her fair share of movies including Millennium and Poison Ivy on tv with recurring roles on Las Vegas and The People v. O.J. Simpson: American Crime Story, as well as many guest appearances on various shows. On Broadway Ladd starred in the titular role of a revival of Irving Berlin’s Annie Get Your Gun.

Ladd published a children’s book in 1996 titled The Adventures of Little Nettie Windship. An avid golfer, she published Token Chick: A Woman’s Guide to Golfing With the Boys, an autobiographical book which focused on her love of golf in 2005.

Ladd is also a celebrity ambassador for the child abuse prevention and treatment non-profit Childhelp.