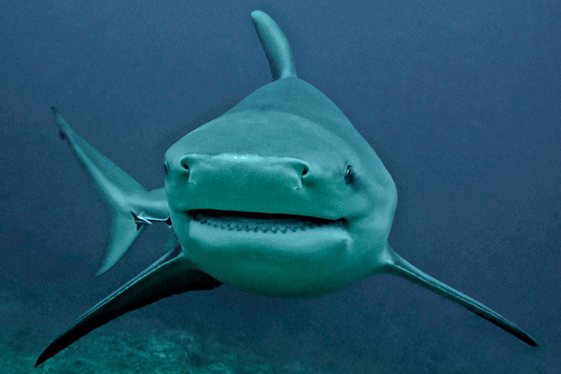 48 Metres Down: The Revenge

What do you do when a borderline direct-to-video effort with a budget around $5 million blows up big, punches its way into theatres and pulls in a box office total of over $60 million? Well, you greenlight the sequel ASAP!

47 Metres Down, a tale of two young women trapped on a cage dive gone wrong and surrounded by hungry sharks, is about to get a sequel.

Director Johannes Roberts admits that he got his inspiration from another surprise-hit horror movie, Neil Marshall’s The Descent. He says:

“If I had to pitch it in a very simple way, I would describe it as The Descent underwater. So it will be six or seven people trapped in the caves in Brazil, an underwater city… It’ll all be cave diving which is the most terrifying thing I’ve ever done. I trained to do cave diving while I was shooting 47 in the Dominican Republic. It’s beyond terrifying so it just seemed like a really great idea to make that the sequel.”

Recife is on the northeast coast of Brazil, and is almost at the tip of the bump that protrudes further into the Atlantic. The coast is breathtaking and the beaches are among the most beautiful in all of Brazil.

However, it has an unwanted reputation: it is fast becoming the shark-attack capital of the world. Between 1992 and 2012, there were 56 attacks in the city’s waters. Of those, 21 were fatal. It is this high rate of fatality that is troubling the authorities, and this is down to the species involved in most attacks: the Bull shark.

These aquatic bastards are basically bad news. Smaller than the Great White or the Tiger shark, they are powerfully built. High levels of testosterone make them very aggressive and when they attack it is usually fast and to feed, unlike many other species that deploy investigative bites first.

They are also unusual amongst shark species in that they are able to tolerate brackish and less-salty water. This means they are often found inland. They have attacked people up the Amazon river, and in lakes and tributaries of the Zambezi river in Africa, many miles from the sea.

Most famously, the Bull is also the species responsible for the attacks at Matawan, New Jersey in the early 1900s that served as an inspiration for Jaws. If somebody gets taken during their afternoon swim off their back yard in the canals of Miami, or off their private jetty way inside Sydney Harbour, it’s one of these guys.

Recife has a large number of rivers and tributaries flowing into the ocean nearby, which is where Bull sharks like to hang out. Plus, the underwater topography, with large numbers of ridges and sandbanks, mean Bull sharks can get very close to shore unseen.