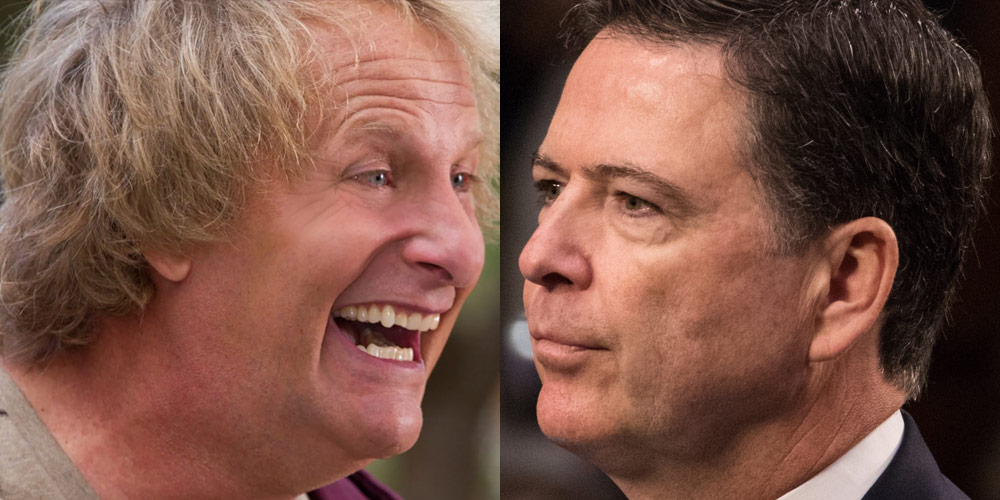 Must Be Election Season Again

In a shocking development, CBS has greenlit and is casting a mini-series based on former FBI Director James Comey’s best-selling memoir A Greater Loyalty: Truth, Lies and Leadership.

The self-glosser goes into his support of the Bush administration’s policies on torture and electronic surveillance, his covering up of Hillary Clinton’s use of a private e-mail server to avoid FOIA subpoenas as well as his participation in the coup against Donald Trump — a coup that is failing, and failing badly.

Basically, the guy’s a major loser. Even our President thinks so:

All jokes aside, this shifty, shady character leaked his private “notes” about discussions with President Trump to The New York Times, who used these uncorroborated documents to attack and undermine the democratically elected leader of our nation.

Even a brief reading of either his statements to the Inspector General or his testimony before Congress reveals a very odd individual who uses phrases such as “I woke up at 2 o’clock in the morning, like, struck by a lightning bolt.”

He truly sounds like a hyperbolically helpless #metoo accuser:

This is a life-long law enforcement officer and the head of the FBI we are talking about here. He’s probably fired a gun before.

Need more evidence? Check out his description of himself on Twitter:

Not to mention he’s on social media 24/7, like some thirsty housewife who just dropped her youngest kid off at college.

Look at this jackass:

He’s A Snitch and A Pussy

So, of course, he’s a huge hero of the left and will be used as a weapon against their political enemies until he’s no longer useful.

This is what this CBS project is about: endless fêting of actors and writers talking with great gravitas about the terrible, terrible — but unspecific and/or uncorroborated — crimes of the Evil Drumpler, followed by a huge partisan media rollout before the fake history even begins.

I don’t think they even care if anyone watches the show, but placing in on CBS, as opposed to All-Access or Showtime, guarantees that some millions will see this smear.

Right before the 2020 election. They do this shit every single election cycle.

When are we going to hold these people responsible by turning off their product, by boycotting the work of any actors or writers that appear in these hitjobs?

It’s not like we don’t know who they are.