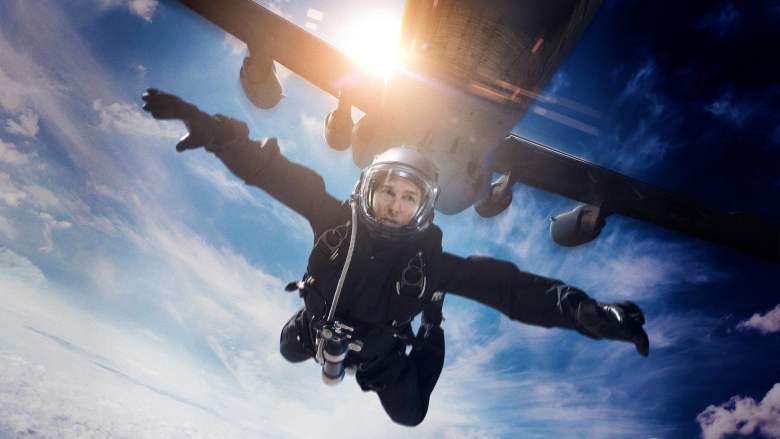 Yes, loyal Cruisinites, your movie of the summer has arrived! Mission: Impossible Fallout is on the big screen and awaits your eyeballs to be melted from their sockets!

First and foremost, the only way to see this movie is in IMAX. You will not be disappointed.

Secondly, SEE THIS MOVIE IN IMAX!

The action they’ve created for this movie will have you white-knuckling the armrest, holding your breath without realizing it, and if you’re anything like Mrs. Andy, yelling out “OH SHIT!!!” loud enough for everyone in the theater to laugh!

Mission: Impossible Fallout is the sixth entry in the franchise and is showing absolutely no signs of slowing down. Tom Cruise must have really gone “clear” for this one. Do I really need to say it?

He brings his A-game.

Hell, he brings his B, C and D games as well.

“There Cannot Be Peace Without First, A Great Suffering.”

At 56 years old, Cruise is still a force to be reckoned with. In this chapter, his Ethan Hunt is still trying to save the world.

In Mission: Impossible Fallout, he’s bungled a deal with the dispersed remainder of the previous big-bad’s group, The Syndicate, and lost three parcels of weapons grade plutonium.

This puts the IMF Secretary (Alec Baldwin) in a bind and the CIA tasks one of their own, August Walker (Henry Cavill), to work with Hunt to track the missing plutonium. 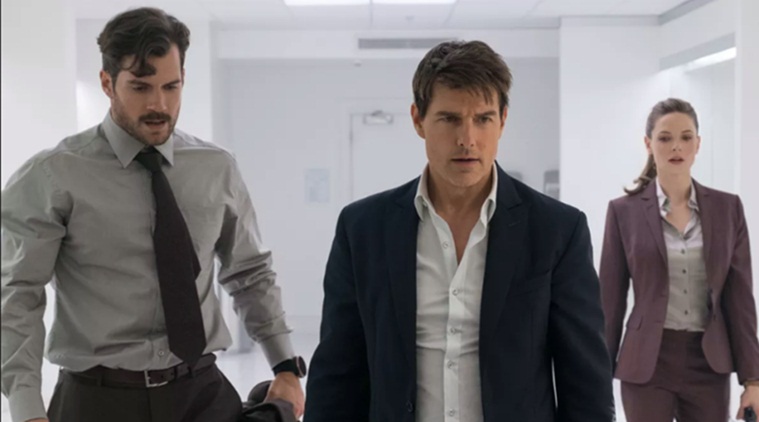 As expected, Lane returns to be a thorn is Hunt’s side. Even incarcerated, he is just as menacing as in the previous film, and wants his revenge for being captured by the IMF.

What follows is a worldwide trek to find the plutonium, keep Lane under wraps, persuade the CIA and IMF to let Hunt do his job, and generally not die in the process.

“What’s Done Is Done When We Say It’s Done.”

What I probably enjoyed most was how there were quite a few throwbacks to the previous films. If you’ve followed the Mission: Impossible franchise, there are some remarks made in one scene that will immediately take you back to Brian DePalma’s 1996 film. If you’re a fan of the series, you’ll know it when you hear it.

The whole team from the previous film are back, minus Jeremy Renner, who was apparently too busy being an Avenger to return for this one. You don’t even notice he’s not there and it wasn’t until it was over that it even struck my mind that he was missing.

Probably the weakest part of the movie is that the action somewhat overpowers the story. That’s not a bad thing when the scenes are as strong as they are, but I felt the story structure could have been outlined better. I’m not sure if they were setting up characters for the future or just as stuffing. Either way, it was the longest running Mission: Impossible to date and could have been streamlined a bit.

Even if Cruise dies doing one of these movies or gets to the point where he physically can’t (I’d bet on the latter!), they are still knocking it out of the park!

Tom Cruise gave this one his all, people. He suffered a broken leg for you! He trained for a year with Navy SEALS to perform the HALO parachuting scene. He also trained 16 hours a day to fly the helicopter for the big air chase. That’s commitment, folks!

Overall, another fantastic entry to the franchise!

I give this 4 and a half Running Tommy’s!