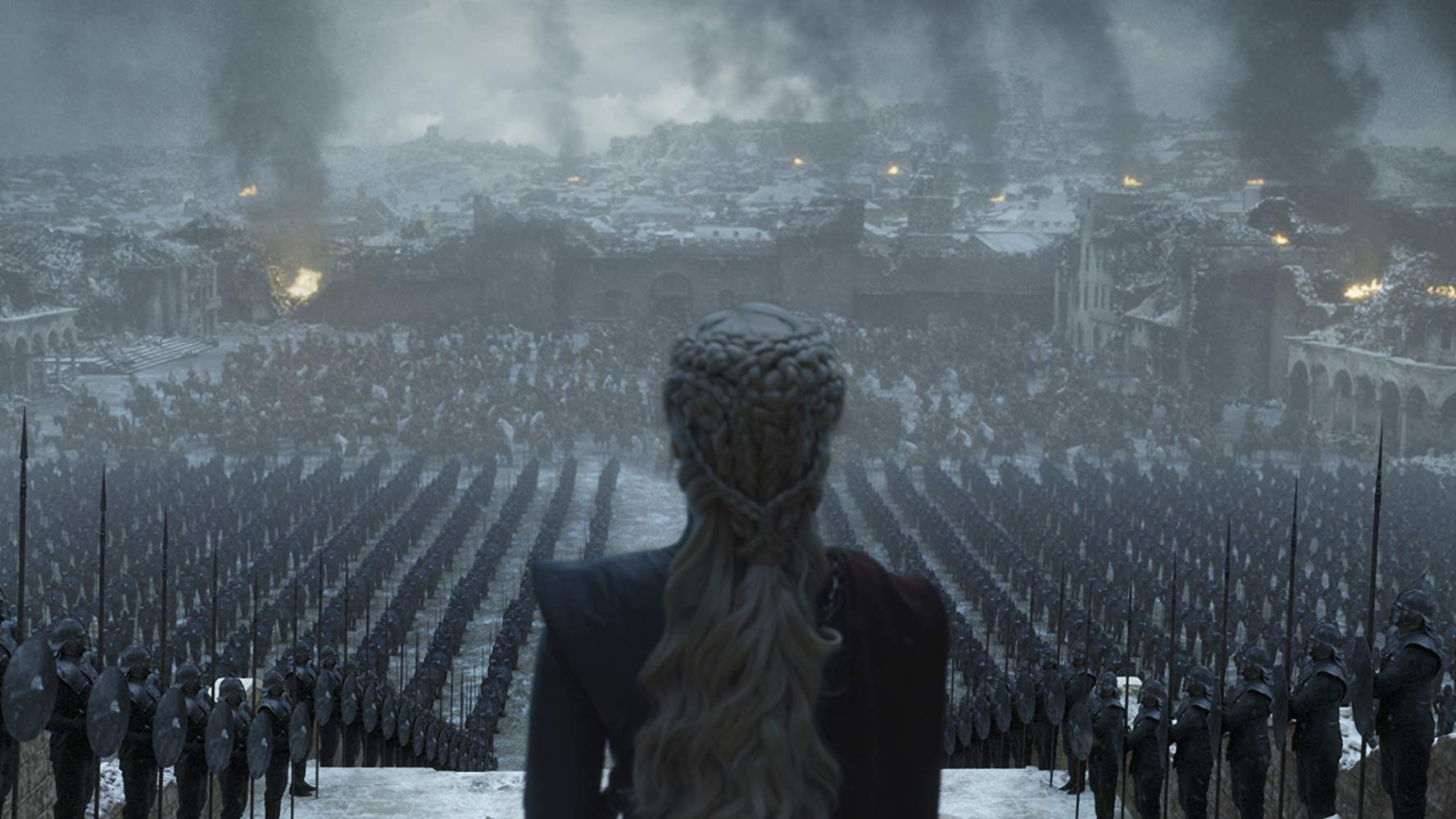 I always have a hard time with finales. They are never satisfying to me. Star Wars, Lord Of The Rings, Breaking Bad, as much as I loved each of them when it finally came to end it all — meh — it just never felt right to me. Sometimes I wish a show or film franchise would just end in the middle of its run rather than continue on and give me an ending I know will give me an off taste in my mouth.

I can’t really think of any finale that was actually great and lived up to expectations other than Star Trek: The Next Generation. Though I’m sure if I go online it will take less than a second to find an army of people waiting to tell me it’s the worst episode of the show ever. Someone this morning mentioned The Wire, but I never watched it.

That being said, let’s get to it. 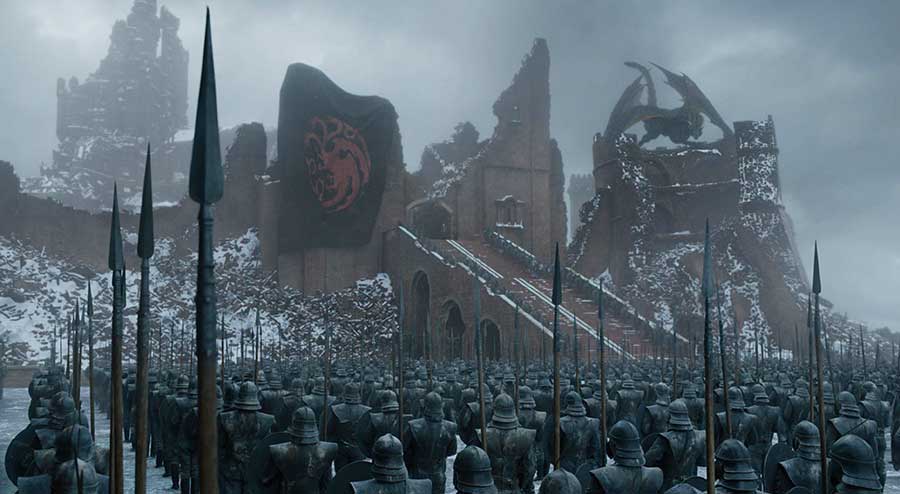 It didn’t quite go the way everyone thought it would. Some expected things happened, but most did not, which is usually how it goes with the show. As usual this season, the cinematography was beautiful with a lot of nice shots for people behind the scenes to add to their reel.

Overall I would say that this was a pretty good episode, but I have mixed feelings about it.

Just watching it on its own, I think it was enjoyable and if this was the first episode I ever saw, it would get me interested in the rest of the series to see how it all came to this point.

But I think that when you look at it in the context of the series as a whole, it has some flaws in it from a storytelling point of view. It’s another example of why six episodes were not enough to wrap up the series. There were things that happened again which would have worked better if they expanded on it more rather than just solving it all a couple of scenes later.

THE MOTHER OF DRAGONS AND JON SNOW 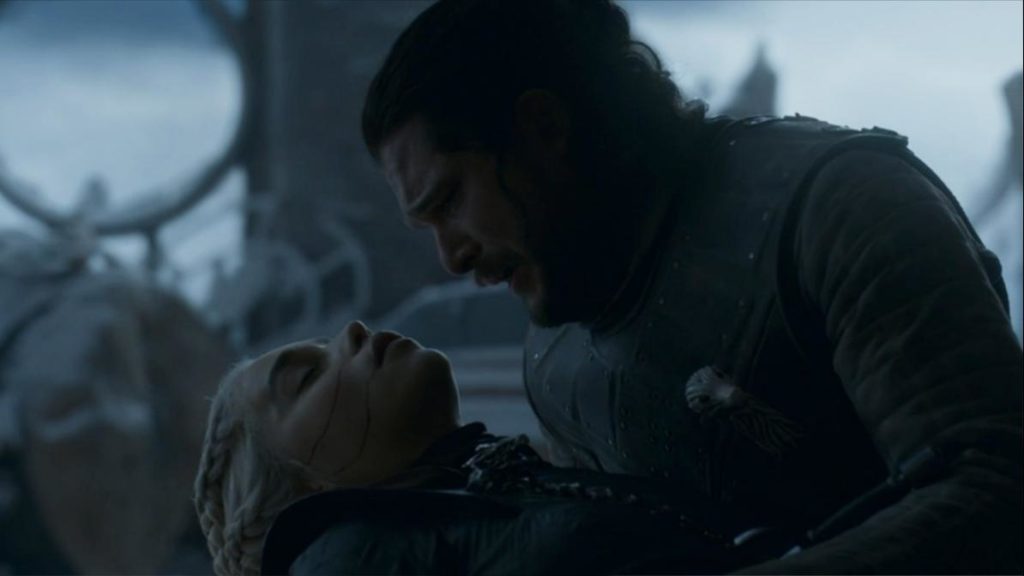 Dany, killed by Jon Snow, which is what everyone thought would happen. It was a good scene, but it just happened too quickly. After her heel turn last week, I wanted to see her in charge for a bit and not just have her give a speech, then killed in the next scene.

What are the consequences of her actions last week? How does it affect everyone in Westeros? That is another episode entirely.

Seeing Westeros under total control by a mad tyrant for a while would have been something different and new for the show that they choose not to show. A lot you could do with that, which again, they chose not to.

I was one of those who expected Jon Snow to die. His story ended too quickly as well. He kills Dany and then the next time you see him Tyrion is telling him that his punishment is being sent to the Night Watch? No scene of him being arrested? The Unsullied are mad at him and want him dead, no scene of him with at least Greyworm after doing the deed?

And if Jon Snow is the rightful ruler to sit on the Iron Throne, then why is he even arrested for killing Dany? Why does he not just declare himself king? There are multiple people who know who he really is and can back him up on his claim, so why stay silent? I know he does not want to be king, but is it really better to rot in jail than be king?

Last week, it looked like the writers were setting up his true lineage in a good way to end everything this week, but they kind of blew it and that whole part of his storyline became a wasted opportunity. And why did Varys send off all those ravens telling people about who Jon Snow is if they never used it? Chekov must be rolling over in his grave.

Did Tommy Wiseau write this?

That being said, I do like how they ended it all with him. Going off and joining the Wildlings to become their ruler seemed to fit his story arc pretty well and even though it was unexpected, it did not feel forced and he is now where he should be.

He’s King of The North, but just not that North.

Nice to see Tormund come back at the end and join Jon and not have his story end by just saying goodbye to him at Winterfell like it looked like it was going to. 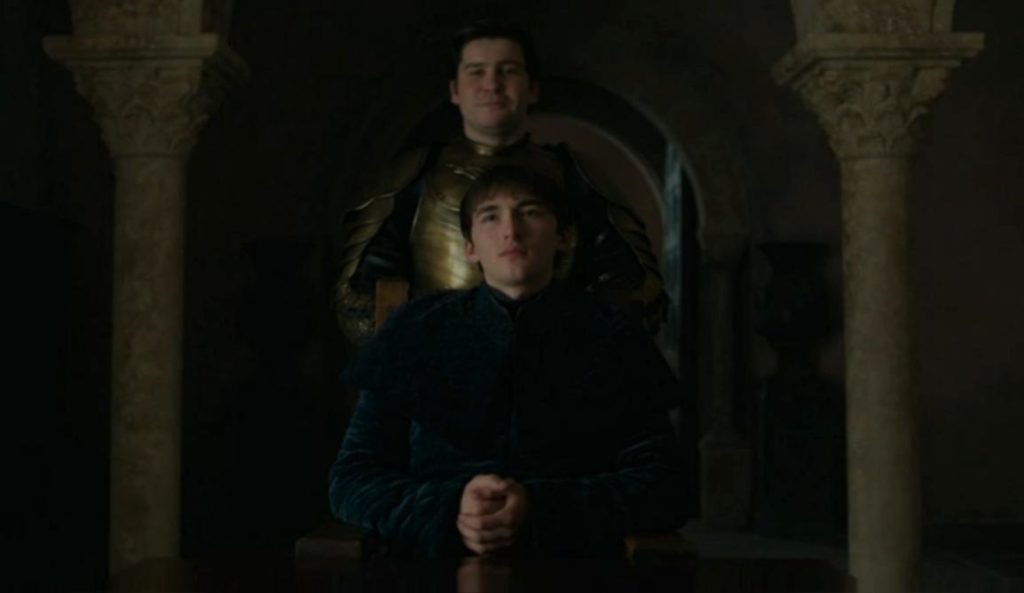 How the hell did he get to be king? I think he must of spiked that water bottle with something to get everyone to vote for him.

So he always knew that he was going to wind up as the ruler? Kind of out of the left field. When Arya killed the Night King, I could buy that because they built her up as an assassin, but with Bran, I don’t recall anything in the show that hints at his final place at the end.

Also, just based on some basic high school level history, I don’t buy Tyrion’s reasoning that him being “broken” would make him a good ruler. As great a president as Roosevelt may have been considered, he always had to hide the fact that he was in a wheelchair from the public because it made him look weak to both voters as well as these countries enemies, so how that makes Bran look stronger to everyone is beyond me.

And maybe was it just me, but did anyone else think that in Bran’s final scene, as he was being wheeled in that he was going to just get up and walk?

“Look, everyone! I was just being a dick the entire time.” 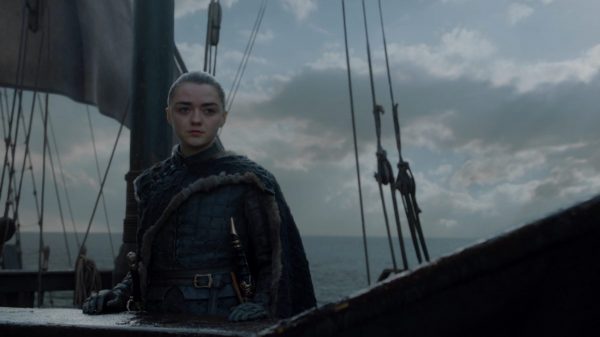 Her ending seemed pretty true to her character. Arya has been my favorite character for a long time and it was nice that she got a good send off. She didn’t do much this week, so I don’t have much to say of her.

But I do have to ask what was the point of the white horse at the end of last week’s episode? They made it seem like such a big deal, but nothing happened with it. 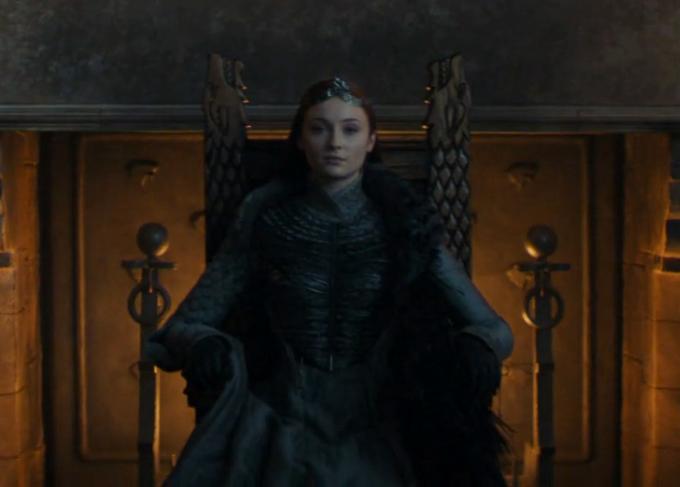 Arya is my favorite, but Sansa is the one I hate the most. Yet for some reason, I was kind of OK with her ending. She was able to preserve the North and keep it independent.

They spent so much time setting up how much she hated Dany and that she would never accept her as Queen, but by killing Dany so quickly after finally taking control they basically killed anything interesting with Sansa happening this season by exploring that part of their relationship more.  Again, if they had a couple more episodes it would have been something good for the writers to work with. 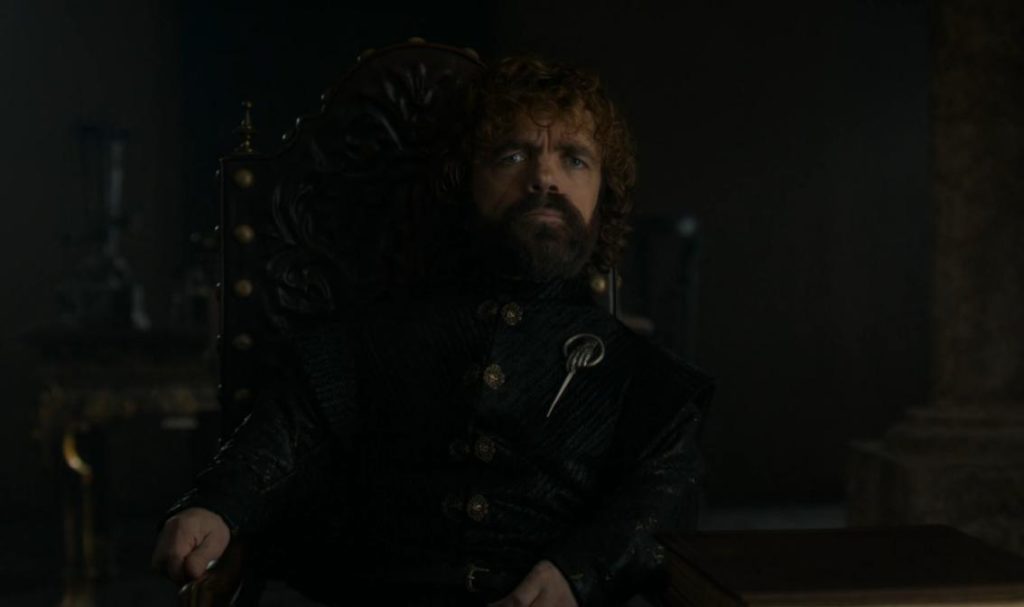 Good stuff with him at the beginning of the episode looking for his siblings. He’s the last of the Lannisters and I’m sure his response to finding them dead played some part in his reaction after seeing their dead bodies. After seeing Jamie’s name still in the opening credits, I was somewhat convinced Tyrion was going to find him alive in the rubble.

When the show started, I wasn’t that interested in him as a character (like most of the Lannisters), but he has grown quite a bit on me. He seems to be the character whose moral compass has developed the most over the course of 8 seasons.

My only issue with him this episode is his speech as to why Bran should be named King.

It was just kind of lame.

He should be king because it’s a good story? If you want to break the wheel, then why are you choosing your next ruler because you think the masses will eat it up?

Isn’t that kind of having the same attitude all the other previous leaders had by before by acting as though the people in the lower class are just sheep who will buy into anything as long as it sounds good? 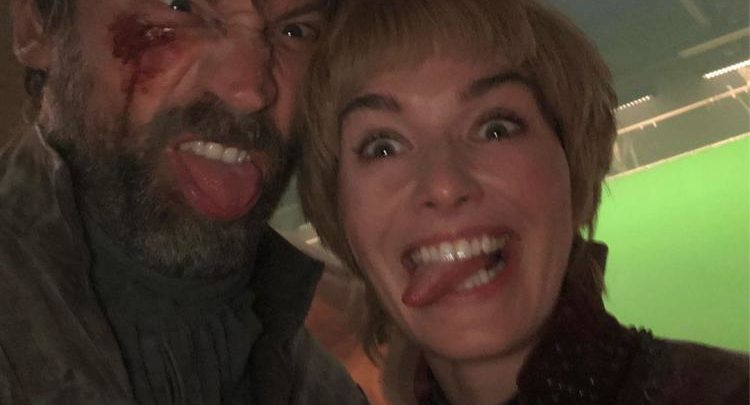 I did not like him going back to Cersei but having Brienne of Tarth write his entry in the book put a nice end to arc, even though he went off the reservation last week.

Why is Brienne on the council to choose the next king though? I know she’s a knight now, but when does that give you political power like that? 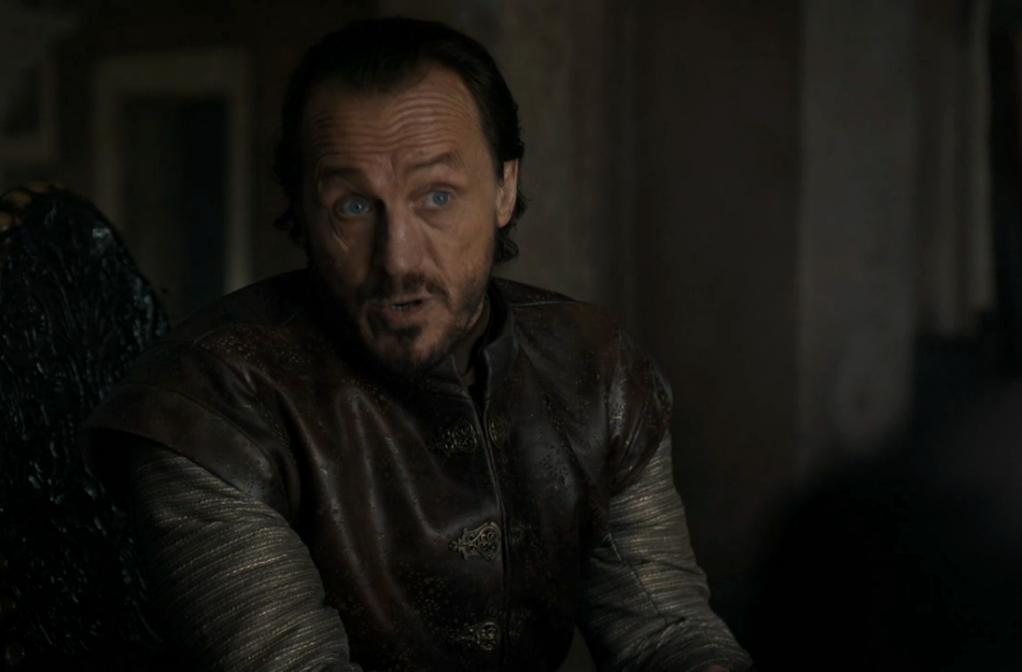 So Bronn wanted to kill Tyrion last time he saw him, but now he is on the king’s council and buddies with his again? And as Head Of Coin? Bronn is a fighter who just wants to have fun at this point in his life, so why would he agree to that position. And why would you offer it to someone who doesn’t have experience in that field?

Was he even needed at all this season? Like I said after episode 4, you could have edited all his scenes out this season and no one would have known it was missing.

But that’s that. All told, this was not the strongest season, but I think it had a number of good things about it. Unfortunately, the rush to finish the series led to a number of decisions that made little sense because they just wanted to get everything over with. 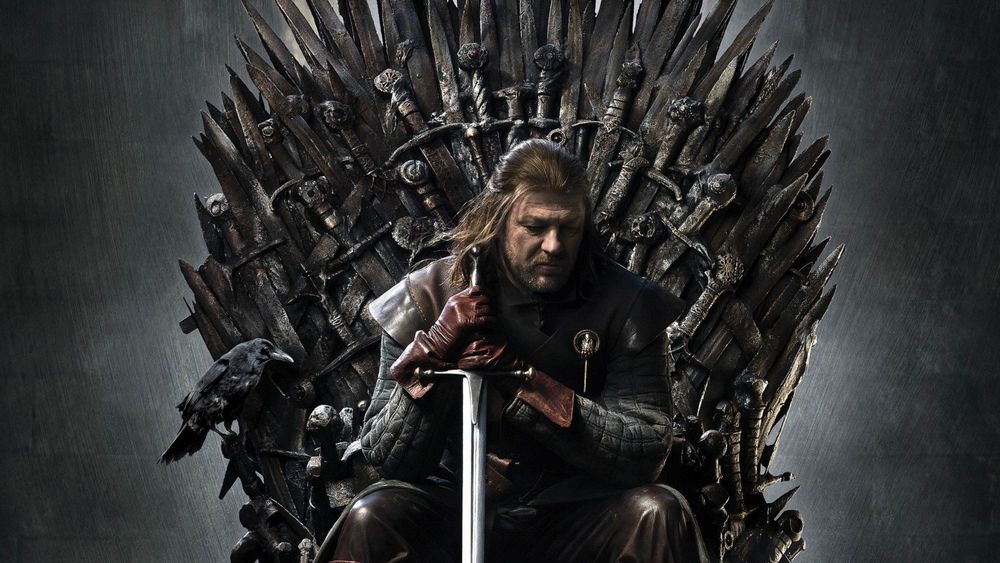