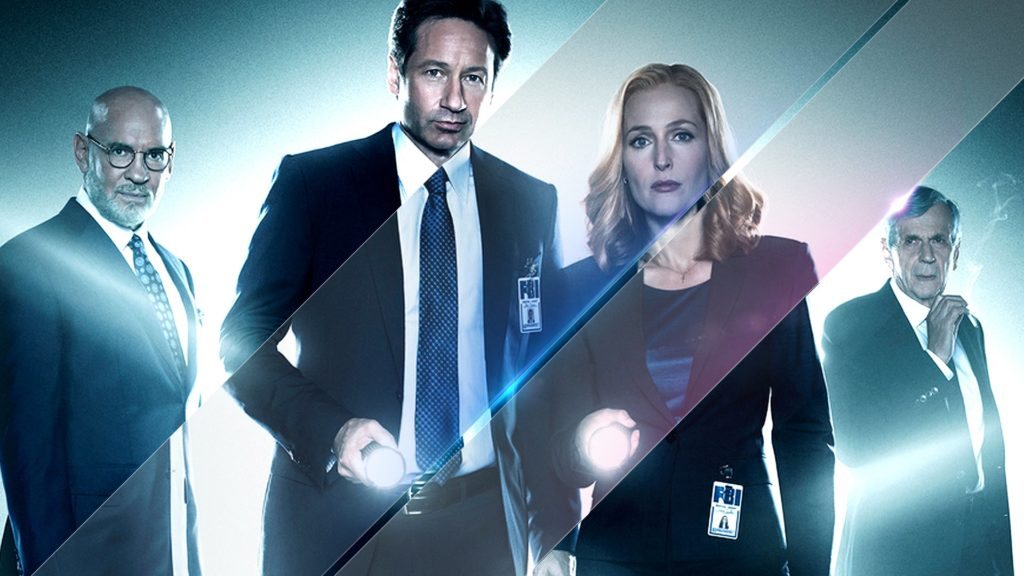 Previously, On The X-Files

Hahaha, no – ‘My Struggle III”s opening recap may trigger some fuzzy memories of the previous six-episode “season” of this long-dormant series, and of the last-known whereabouts of FBI agents Fox Mulder (David Duchovny) and Dana Scully (Gillian Anderson).

But unless you’ve recently watched that season AND binged the entirety of The X-Files‘ original 1993-2002 run, you’ll have little chance of understanding exactly what in God’s name is going on here. In fact, even if you HAVE done this you still may feel a little lost. I sure did.

Where The Blame Lies

It’s creator/producer Chris Carter’s fault; he always was the worst writer on his own show. Carter turned a dark, cool little program about aliens, the paranormal, and assorted weird shit into a confusing, mind-numbingly paranoid ramble.

He attempted to tell an ongoing story about a massive government conspiracy, but never really seemed to know where his story was going.

The X-Files was something of a pioneer in telling serialized stories on television, but ironically it was always the self-contained “monster of the week” episodes that the series did best.

The Season 11 opener bears all of the Carter hallmarks, starting with a portentous, babbling monologue delivered over quick-cut montages of everything from the JFK assassination to the faked (of course!) moon landing. This time the monologue is delivered by the Cigarette Smoking Man (William B. Davis), whom I would swear I remember seeing being skeletonized on-camera in the final episode of the original run (by taking an air-to-air missile directly to the face).

But hey, so what? They just bandaged the bastard up and now he’s back, without so much as a visible scar (I have vague memories of a prosthetic nose, but I’m not going back and digging through old episodes again).

The Smoking Man is living proof that evil never dies: he’s been a behind-the-scenes manipulator of every major event in American history since the Roswell incident, and Roswell was over SEVENTY YEARS AGO. Like everything else on this show, his presence is getting kind of ridiculous.

Back To The Drawing Board ?

Mulder and Scully were back in their old office in The X-Files‘ 2016 return, and back at their old jobs sniffing around the country for phenomena as though none of the previous 15 years of their lives had happened. The conspiracy storyline was interwoven throughout a handful of genuinely fun monster-of-the-week episodes, and ended with apocalyptic visions of a rampaging alien plague that put Mulder at death’s door.

‘My Struggle III’ jabs us all in the ribs by telling us “hey, it was all a dream, you can take a joke, right?”, and puts a healthy Agent Mulder back at his old business of holding Conspiracy bigwigs at gunpoint and screaming for the answers he’s been trying to dig up for the last quarter-century. Meanwhile, Scully is in the hospital recuperating from an illness that allows her brain to tap out Morse Code messages on CT scans.

Am I dreaming all of this? Why is the Smoking Man alive? How did Reyes (Annabeth Gish) get mixed up with him? What’s going on with Spender (Chris Owens)? Why is Mulder being so pissy with Skinner (Mitch Pileggi)? How does all of this line up with the story that was pieced together twenty years ago? What DID happen twenty years ago? I don’t remember! God help me, I binged the entire series in one big chunk only a few years ago and I DON’T REMEMBER, because even watching it THAT way, nothing made any sense!

Beats the shit outta me, just as it did when I tried to unravel the events of the show back in the nineties. It was the hopelessly convoluted narrative mess of questions that led to no answers that burned out the X-Files mania of that day and drove people away from the series. Now Chris Carter and the entire original cast are back, and they’re daring us to walk away again by doubling-down on the very same mess.

When Scully insists at the end of ‘My Struggle III’ that “the truth still hides in the X-Files,” all we can do is laugh. Nothing has really changed on The X-Files, not even the vintage-1993 opening credits sequence. There’s something simultaneously comforting and exasperating about that.