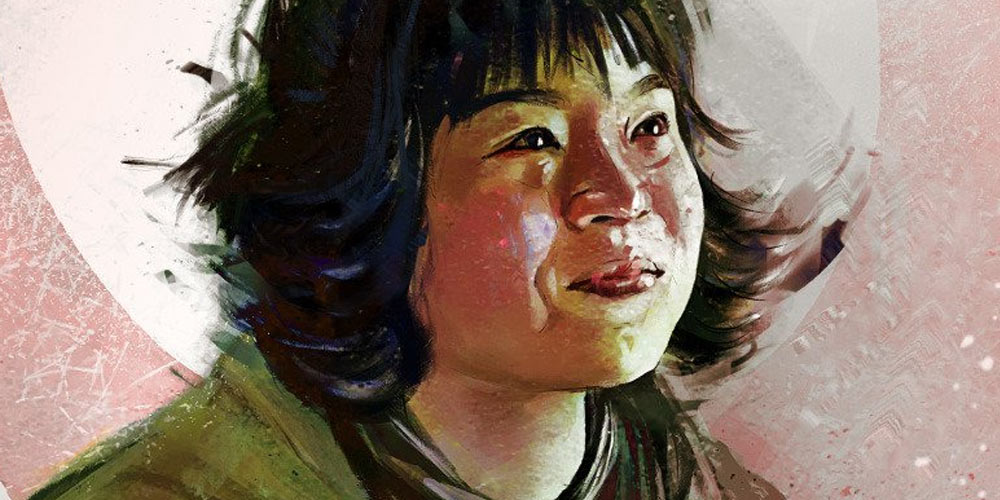 So What’s The Deal?

In the article, they relay the plight of one eager consumer’s fruitless search for Rose Tico goods.

A bit of research was done and it seems that while Rose was on the artwork, she never made the final print! 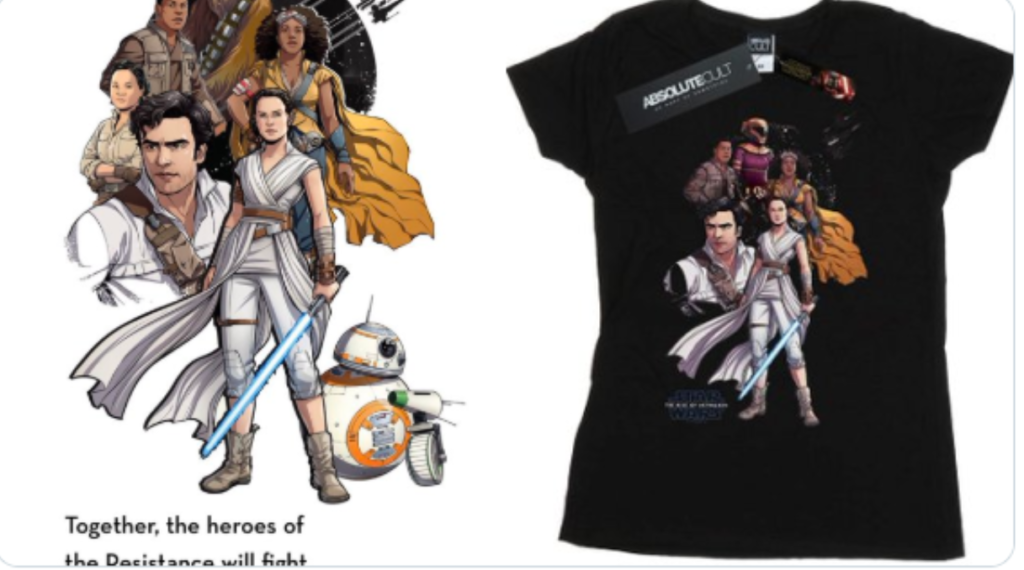 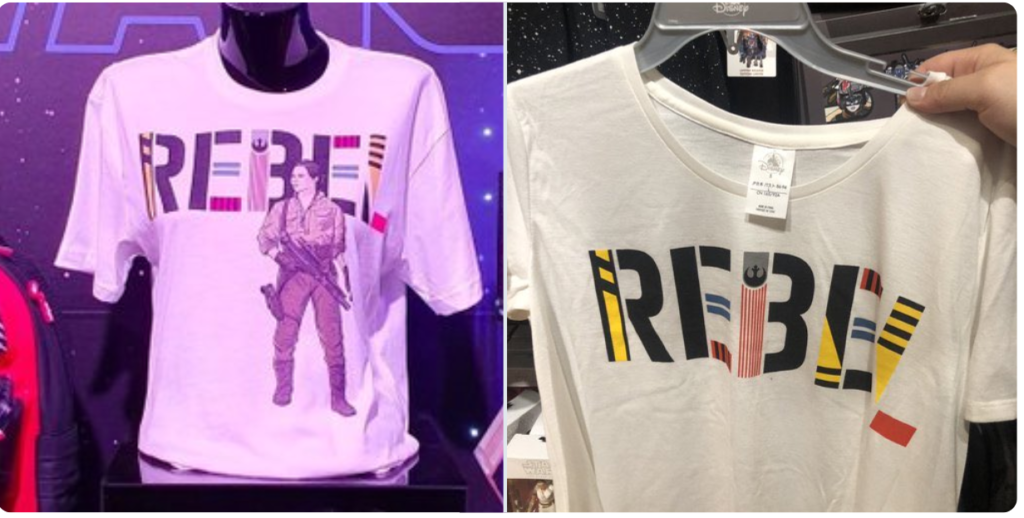 Rose was not a very good character but that’s pretty standard in Disney’s version of Star Wars.

Her subplot with John Boyega’s Finn was pointless, boring, a bit preachy and came to a really annoying climax.

Finn was trying to do something righteous, bold and beyond what we expected of his character which was pretty cool and resulted in one of few actually exciting sequences in the movie. But, as all hopes have come to be with the New Wars, it was quickly dashed by some obnoxious scene-stealing and the horrid:

“That’s how we’re gonna win, not fighting what we hate, but saving what we love.”

And Who Is To Blame?

Well as much as Disney and their demonic minions would have you believe, it’s not you.

That blame falls squarely on the shoulders of the marketing department.

But first, the blame belongs to Lucasfilm, to Kathleen, to Rian Johnson.

Despite the media obsession with the character of Rose Tico, she generates a fraction of interest that Rey and Kylo Ren do:

This Is About Money & They Aren’t Good At It

Need I remind you Disney is interested in profit above all else and they are willing to turn your childhood upside down to shake loose every thin dime that they can.

If they thought they could make money off of her they would be doing it and this isn’t a reaction so some racist misogynist shit, it comes down to basic economics.

If units of said products are not in demand, they adjust the supply accordingly.

Star Wars wants to be diverse, that’s great and it should be because Star Wars has always been diverse, and I like diversity as do audiences.

The problem isn’t that Rose Tico is a woman or Asian or has annoying hair, it’s that she just didn’t connect with the audience which shouldn’t be alarming because not many of the new characters have.

I didn’t look very hard but has anyone done the research on how Laura Dern’s character’s merchandise is selling? I will assume poorly because everything from that movie is selling poorly, including the movie itself.

The Last Jedi sold exactly half of the DVDs and Blu-Rays that The Force Awakens has.

Conclusion: Oh Maker, How I Wish…

I’m not anyone to tell anyone how to do their jobs but in the world of entertainment, if you don’t have an audience, you don’t get very far.

I’m sure we can all agree on that without resorting to name-calling.

If the audience doesn’t like what or how you and what you do, then the onus is 100% on you to adapt. But this brings up the question of what exactly Disney is trying to succeed at?

When Disney bought Lucasfilm they were taking a gamble. Though they recognized we were a thirsty fanbase they wasted little time proving they didn’t’ have a real understanding of what exactly how our thirst works, which is fair because neither do we.

Can you succinctly explain what made you love Star Wars?

Probably not and that’s okay!

As with love, Star Wars is a complicatedly nuanced thing whose appeal is more about an overall feeling that can’t easily be deconstructed let alone understood even by its creator George Lucas.

See all of the prequels as evidence.

Here’s my theory: Before they signed the deal — I’m assuming in children’s blood — they had a master plan for Star Wars all laid out and they proceeded with stalwart hack J.J. Abrams who delivered a decent impression of Star Wars film which is good, he’s good at copying better filmmakers.

Though it was entertaining enough fans weren’t sold on it as being the real deal but maybe it was good enough but following movies only made it apparent there was something very wrong in the Galaxy far, far away.

With the exception of some postponing and a slight rejigging of release schedules, Disney has refused to tweak their course, choosing instead focusing on shame marketing to draw back a savagely burned audience.

They are dedicated to sticking to their plan, using their resources to push the notion they are fine — it is everyone else that has the problem.

We’re not looking to save the world here people, we just want some decent movies.

Maybe Disney needs to remember what they are.