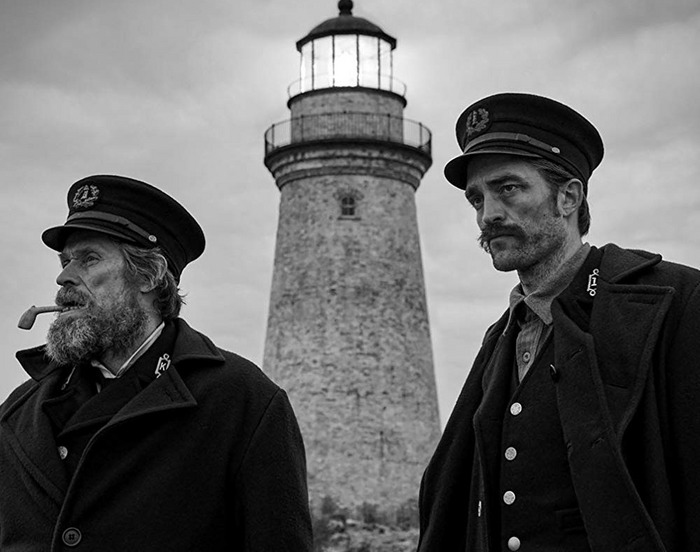 In 2015, first-time director Robert Eggers made a strange movie called The VVitch, which has now been normalized to The Witch. It was the extremely realistic and period-correct tale about a family who is exiled from their early colonial town and encounter supernatural evil in the wilds of North America.

Critics loved it but it failed to connect with audiences, grossing only about $25 million domestic during a semi-wide release. Still, with a production budget of $4 million it was a very profitable movie so they let Eggers take another shot.

This time out, he is giving us The Lighthouse, which looks to have an even smaller budget and is the story of two lighthouse keepers on a remote and mysterious New England island in the 1890s.

Seems like they both go nuts. Critics also love this movie, giving it a 98% Fresh and 9.1/10 at Rotten Tomatoes.

This is also the first movie to feature Robert Pattinson since it was announced that he would be the new Batman in the Matt Reeves’ directed The Batman. The industry will be releasing a number of serious dramatic roles in the near future from Pattison, in the hopes they will cement him in our minds as a legitimate actor, on par with Christian Bale.

By the time The Batman rolls around in 2021 no one will ever remember anything about any stupid sparkling vampires.