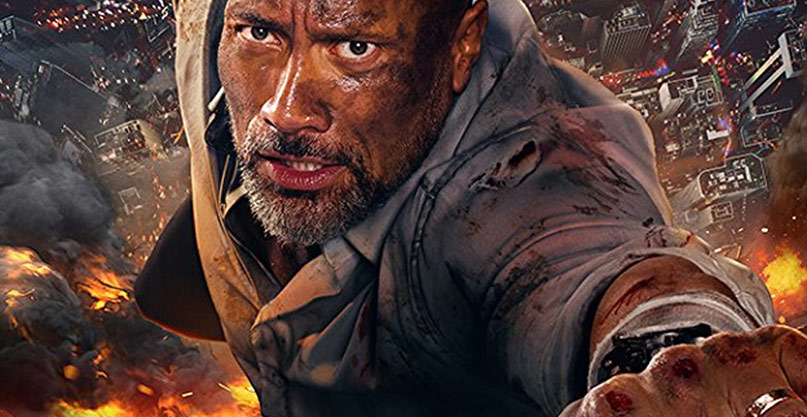 I’m being serious here. When has a movie star released two blockbusters during a single summer, let alone two big-budget movies during four out of six summers?

This doesn’t count the numbers of massive hits he has had outside of the summer season like Moana and Jumani: Welcome To The Jungle.

Now, The Rock — most prolific movie star of all time — is back again with an action movie about  a massive fire in a skyscaper.

Former FBI Hostage Rescue Team leader and U.S. war veteran Will Sawyer, now assesses security for skyscrapers. On assignment in China he finds the tallest, safest building in the world suddenly ablaze, and he’s been framed for it. A wanted man on the run, Will must find those responsible, clear his name and somehow rescue his family who is trapped inside the building… above the fire line.

Sounds like pretty normal Dwayne Johnson stuff to me. Check it out:

I don’t know, could be kind of a fun ride especially if Mr. Lau from The Dark Knight has a decent-sized role in the movie. I always liked Mr. Lau, despite his poor character: