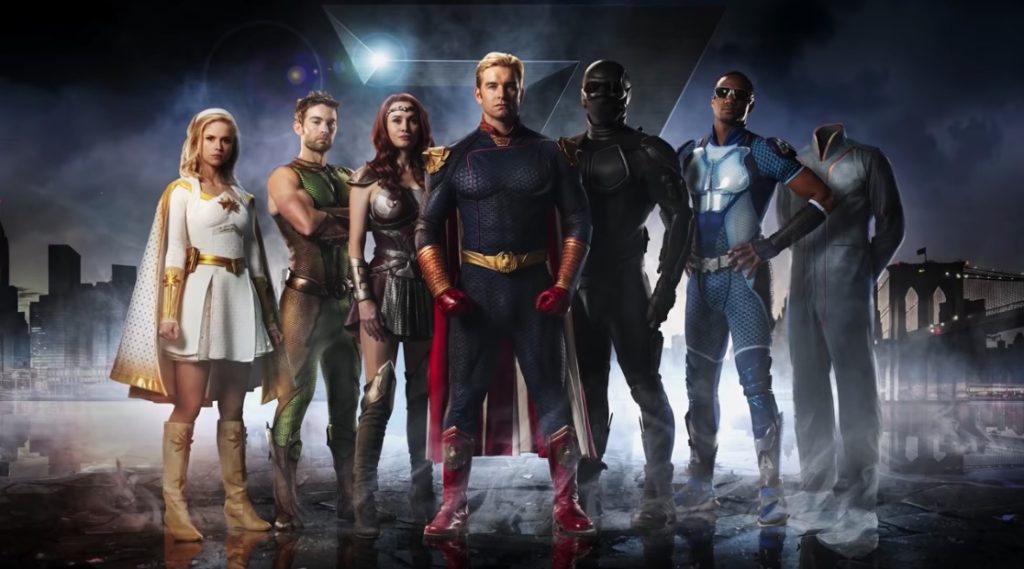 I don’t know much about The Boys other than it’s a comic book about a group of CIA agents that are in charge of policing a world full of superheroes.

In a world where superheroes embrace the darker side of their massive celebrity and fame, THE BOYS centers on a group of vigilantes known informally as “The Boys,” who set out to take down corrupt superheroes with no more than their blue-collar grit and a willingness to fight dirty. THE BOYS is a fun and irreverent take on what happens when superheroes – who are as popular as celebrities, as influential as politicians and as revered as Gods – abuse their superpowers rather than use them for good. It’s the powerless against the super powerful as The Boys embark on a heroic quest to expose the truth about “The Seven,” and Vought – the multi-billion dollar conglomerate that manages these superheroes.

“The Seven” appear to be made up of a Superman, a Wonder Woman, a Ms. Marvel, a Green Arrow, an Iceman, an Invisible Man and a freaking lawsuit waiting to happen with that Snake Eyes knock-off!

I like this type of “What If?” world-building but it’s hard as hell to pull off.

Not much there to base an opinion off of except that Elisabeth Shue is still looking great!

The Boys drops on Amazon Prime sometime in 2019.