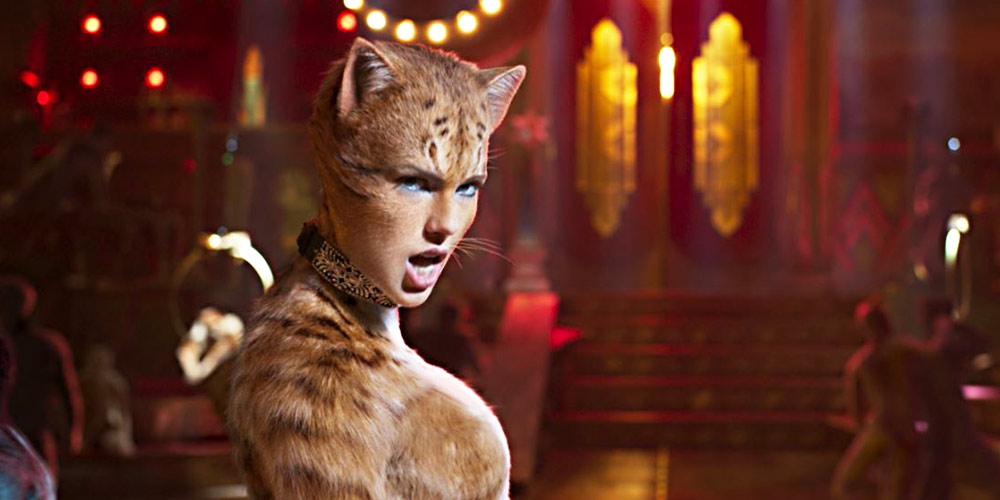 Sunday. And Some Ridiculous News.

You have to have been around here long enough to know that this was coming with Cats:

On Friday — the movie’s opening day — Universal notified thousands of theaters they will be receiving an updated version of Tom Hooper’s troubled film with “some improved visual effects,” according to a copy of the memo obtained by The Hollywood Reporter.

The move is unheard of for a finished title already in release, according to cinema operators and Hollywood studio executives. Insiders say it is being done at Hooper’s request.

Cats — which has been savaged by critics — is in need of any help it can get at the box office after opening to $2.6 million on Friday and receiving a C+ CinemaScore from moviegoers.

Our writer bluntly, but politely months ago warned us about its “suckitude”, but we weren’t expecting anything else.

It has Taylor Swift acting in a CGI-fest of ridiculous proportions.

But now there’s a twist.

It came out this weekend and has performed so badly I’m almost wondering if it isn’t marketing taking a stab at using the poor reviews as ammo.

Something like Snakes on a Plane or Showgirls maybe?

Anyway, who knows. But the facts can only be interpreted one way. IMDB says 2.8/10. Rotten Tomatoes says it 18% Rotten. It did $6.5 Million and Averaged about $641.00 per theater over the last three days.

But Sundays Were Also Made For Redemption

And Cats will be cashing in one of its lives for the chance to try it again.

The studio is asking that theaters replace the current print of Cats as soon as possible.

Tom Hopper has requested this opportunity himself.

The updated film is expected to be available for cinemas to download on Sunday via a satellite server, or they are expected to receive a hard drive by Tuesday.

We are at the point of instant second chances. The circle tightens.

Is the CGI so bad it ruined the whole film?

Can it really be redeemed at this point?

Is the studio ultimately accepting the blame then?

Because if you read the reviews or catch a causal conversation about it, the word is Cats is thoroughly crap.

And the only fair place to lay the blame is on everything and, because of everything.

Except for Andrew Lloyd Webber. You can’t disenchant his music. It’s too powerful.