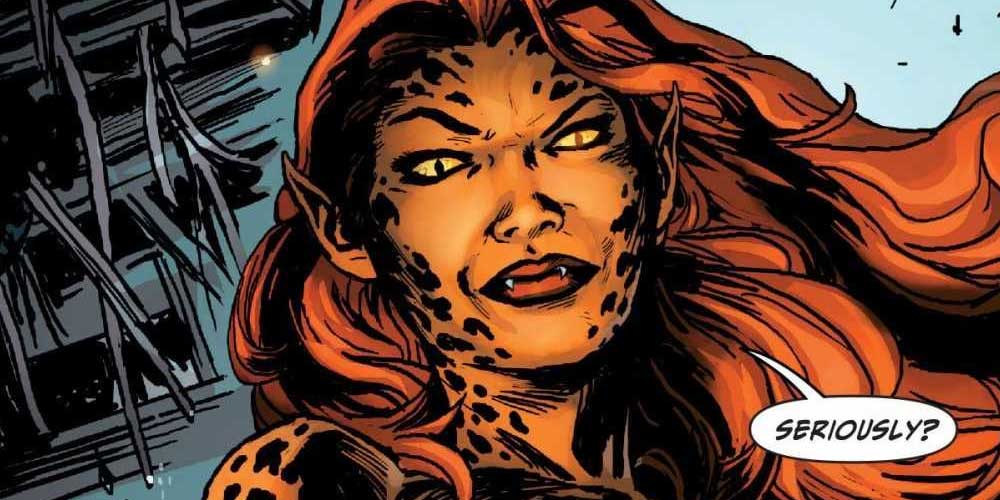 Well, This Is One Way To Do It

We all know that Kristen Wiig will be playing Diana’s wine-pal-cum-nemesis in Wonder Woman 1984 but thus far we’ve only seen her outside of Cheetah mode.

First, as a nerdy neighbor or work colleague to Wonder Woman:

Then, after she gets her wish of being a hot POA granted by The Mandalorian:

Now, courtesy of some more school supplies from Brazil, we have a glimpse of Wiig in full Cat Lady battle rattle:

Man, they really went full feline. I feel like I need to listen to some Def Leppard, absolutely no pun intended at all. That’s the vibe I’m getting from this photo.

Maybe that’s the effect they are going for?

In any case, it’s pretty close to some of the looks from the comic:

Will Wonder Woman 1984 be the first comic book movie where a female hero takes on a female villain? Did this happen in Halle Berry’s Catwoman?

More importantly, if a female hero isn’t beating up a man, is it really feminism?

Therefore, Wonder Woman will team up with Cheetah to fight The Mandalorian.