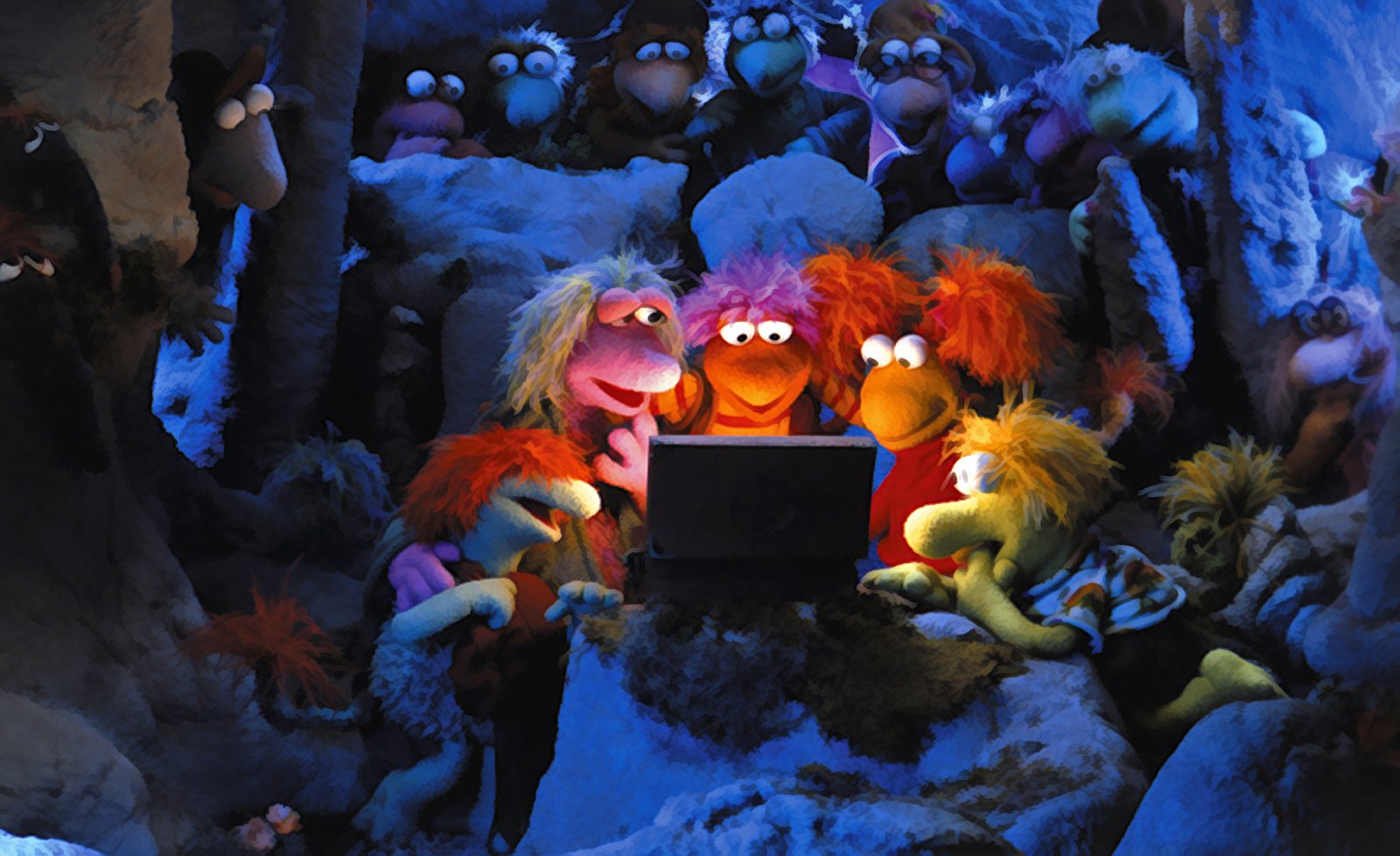 Guys! It’s time to rock your cares away! Fraggle Rock turns 35 this year!

A Brief History of the Fraggles

In 1983, Jim Henson’s group decided to create the Fraggles. Originally they were called the Woozles. The basic framework on the production side would be opposite from Jim Henson’s other productions such as Sesame Street.

Story structure was devised so it would translate to multiple audiences with universal themes. The “wrap-around” scenes were then filmed after the initial story and filming were done to bookend the episodes. This allowed the show to be shown easily around the world with only a few changes.

In France, Doc was a baker with a dog named Croquette, but the UK, the human character was totally different: He was a man known only as the Captain who lived in a lighthouse with Sprocket, although he was less than friendly to the poor pooch.

Fraggle Rock took a big concept about co-existing with others and living (and even thriving) peacefully among others that don’t share your values- and made it kid sized.

The idea of having lessons about self-worth/identity, the environment, spirituality, prejudice, and social conflict in a kid’s show in the 1980s was a big idea, but the Henson Company had a successful history with similar concepts in Sesame Street, so aiming for an older audience wasn’t that much of a stretch.

The Makeup of the World

The species that lived in this fantastic world that made up the show were:

Smaller creatures that built complex structures made out of material derived from the Fraggles’ favorite food, radishes. They believed hard work made life complete and they will find time for happiness later.

On the other side of the universe lived the Gorgs. These characters looked like the love child of Sweetums from The Muppets and an obese human being. Gorgs were depicted as trashy giants who farmed radishes in the land above Fraggle Rock.

King Pa and Queen Ma, and their son, Junior, were frequent antagonists to the Fraggles. Like the French with snails, to the Gorgs, Fraggles were apparently both a delicacy and a pest. The Gorgs farmed radishes to make an anti-vanishing cream so they wouldn’t disappear.

Not joking, the sage advisor to the Fraggles was the Gorgs’s sentient compost heap. They frequented The Wise Trash Heap to get advice, despite the risk of being caught by the Gorgs.

The Silly Creatures from Outer Space

To the Fraggles, we humans were the crazy ones. On Uncle Traveling Matt’s adventures, he’d write postcards about the strange, silly creatures from outer space. He’d send them to his nephew, Gobo, care of of Doc (or the Captain), and the human would think the postcard was to the wrong address and throw the card out. Gobo would have to venture into outer space to get the postcards, which put him at risk of being found. The series ended with Doc/Captain meeting Gobo, verifying that, yep, humans are silly creatures.

The main characters in Fraggle Rock were a group of friends each representing a different ideal (or personality trait) that kids could identify with. 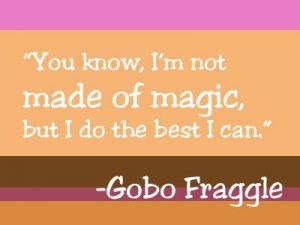 Gobo, the leader, was pragmatic and idealistic, supposedly depicted as a teenager. Gobo was bright orange with purple hair, and played the gourd guitar. Mokey, the hippie earth mother of the group with her lavender fur and tranquil personality, loved the arts (I kinda always wanted to be like her).

Mokey’s best friend and roommate is Red, the high octane, fuck the establishment, “I can do anything you can do but better!” Fraggle. She was bright red like fire and had a combustible personality.

Boober was the smartest and smallest Fraggle. He had sage blue-green fur, did everyone’s laundry, suffered from depression and hypochondria (which was a significant characterization for the 1980s), and was the medic for the Fraggles.

Finally, we have Wembley. In Fraggle language, to “wimble” means to be indecisive. The light yellow, banana tree camp shirt wearing Fraggle was all about anxiety and not wanting to hurt anyone’s feelings. He was a little creature filled with nervous energy that would let loose on the drums. I love Wembley. He’s adorable and sweet. If I were a Fraggle, I’d be Wembley.

I remember waking up really early as a kid (like ungodly early; I was that kid that didn’t sleep) and going downstairs to watch Fraggle Rock in front of the TV with the volume turned really low, eating dry cereal, watching these little creatures getting into trouble.

For 96 episodes, these characters had big plot lines about faith, love, and community. The show didn’t shy away from death. After the show was cancelled, reruns played on TNT in the US and then later on the Disney Channel.

After Fraggle Rock Was Cancelled

At Jim Henson’s funeral in 1990, his puppeteers and friends created one of the most moving celebrations and tributes to their friend’s life. You can see the core Fraggles in the video.

Try not to cry. Geesh. This is beautiful.

In 2012 Ben Folds Five teamed up with Nerdist, Rob Cordry, and Anna Kendrick for the video Do It Anyways. The video features the main group of Fraggles, Traveling Matt, and Junior Gorg (as Boy Gorg).

How can you not at least get a smile from Wembley dancing? And the cute romantic subplot?

In 2012, The Jim Henson Company and DHX Media created Doozers for Hulu. These characters were depicted as outside the realm of Fraggle Rock and looked to be set in a lot outside in the open.

There has been talk of rebooting Fraggle Rock. From Ahmet Zappa to the always affable Joseph Gordon Levitt, several folks have taken up the reins to bring this group of misfits to the big screen, but so far we have seen nothing come of it.

How have the Fraggles Changed the World? 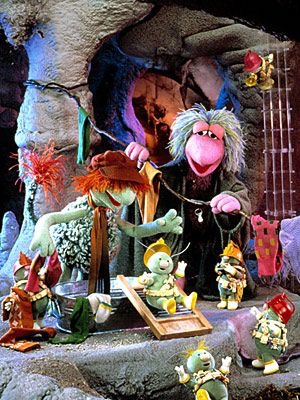 Okay, maybe a kid’s television show with felt puppets that had tails didn’t change the world. But the show did teach a lot of valuable lessons about kindness, compassion, and working together in a way that wasn’t sugar coated. It didn’t say “you need to be nice” or “you need to compost.” It showed characters of different faiths, physical attributes, and cultures working together.

It showed kids that you can still get along with people that you may not understand. Characters like Boober showed you didn’t need to be outgoing to still be accepted by others; that introverts had as much value as more outgoing characters like Red. The show taught kids that everyone mattered no matter how small you felt; You could literally be a trash heap and still be wise.

If a silly show about felt Fraggles can teach us to be a little bit kinder to each other, if it taught a generation to show even an electron more of compassion to everyone, then I think, 35 years later, it deserves to be celebrated. 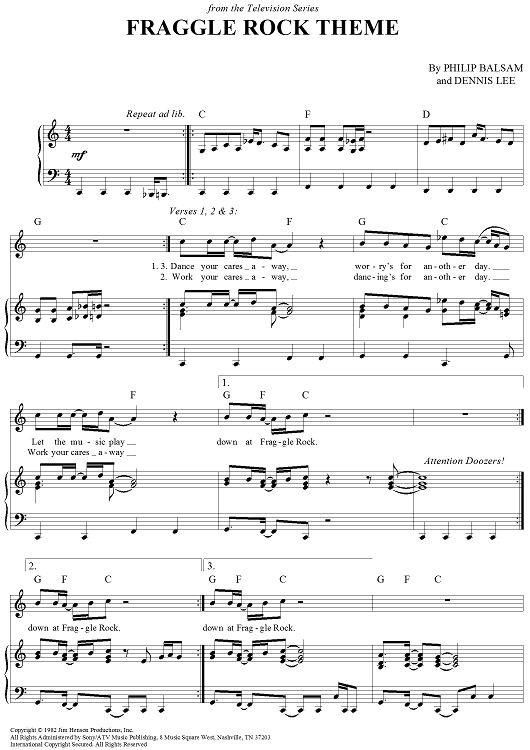 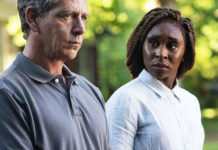 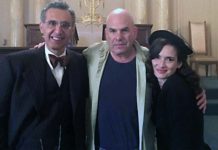 The PLOT AGAINST AMERICA Series Trailer is Treasonous Treacle From HBO