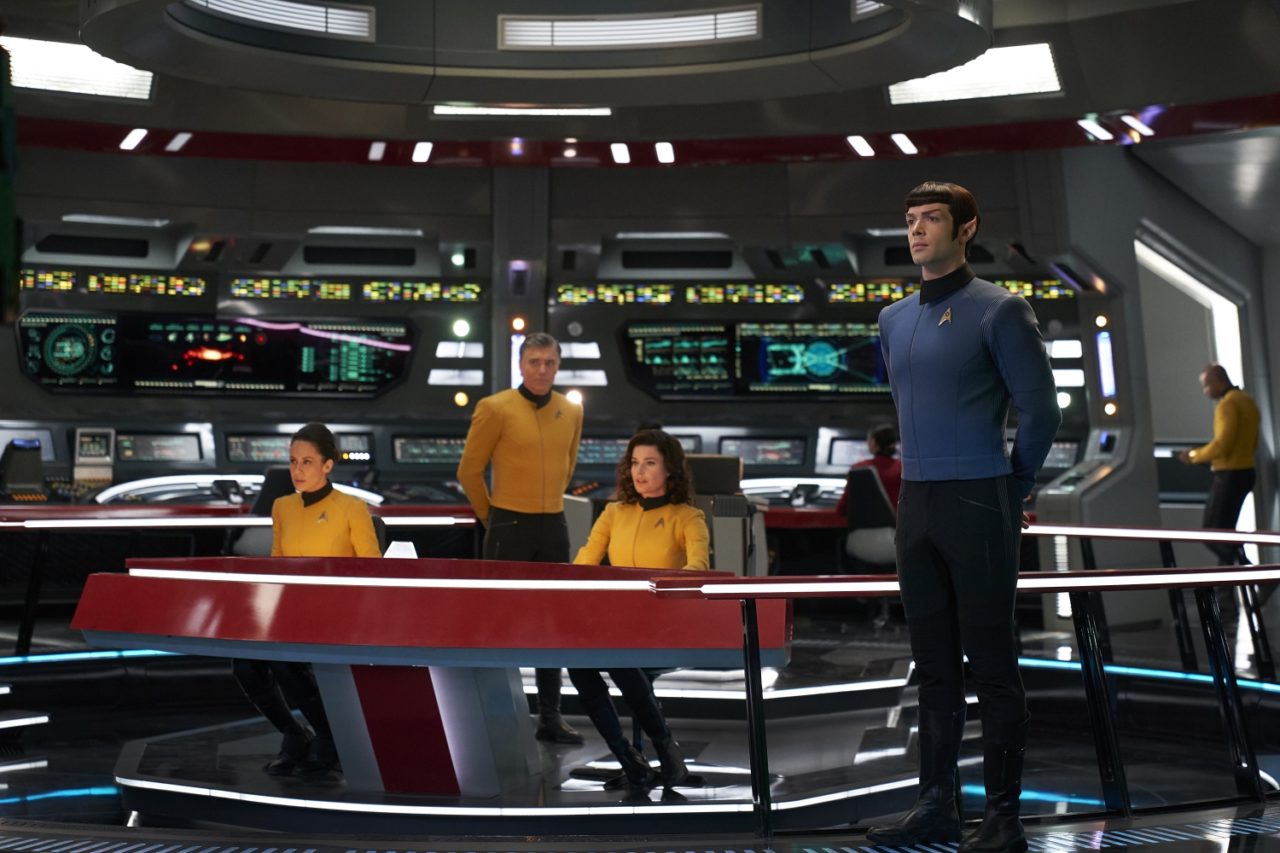 The second Season of Star Trek Discovery came and went with a lot of pew-pew, lots of plot holes, and a lot of writing by short attention span millennials, mimicking cool scenes they grew up with conceived by far superior creators.

You know,.. like JJ Abrams clones, amped up on more lattes, only with even less ability to weave cohesive plots.

Doug Jones was, as always, phenomenal as Saru, as was the guy Kevin Spacey (Allegedly) raped as a child, Anthony Rapp as Stamets.

They even made Burnham somewhat more likable this season, not much, but enough not to get through the episodes without throwing a brick through the tv.

But there was one aspect of a blah season that was pretty fucking cool, and that was the introduction of Anton Mount as Captain Pike.

He may be Jeffrey Hunter reincarnated. He was also clearly the unofficial lead this year despite the producers insisting he was not. So they can’t actually say that their lead was boorish and unlikable and a turn off to viewers, nor that they needed (eeewww) a strong male lead to right the ship.

But they knew they did, and Anson Mount hit it out of the park.

So did the previously, terribly, lackluster Star Trek Discovery design team from the first season deliver with an updated Enterprise bridge?

Yes, they did, and it’s fucking perfect. What JJs bridge should have been for his shitty movies.

We also got Spock and Rebecca Romijn as Number One.

Gregory Peck’s grandson did eventually grow into the role and Romijn didn’t have a lot to do but she left us wanting to see more for sure.

Supposedly, the Captain Pike adventures were to be one and done for this season but don’t buy it.

For one, they actually built a full Enterprise bridge set which couldn’t have been cheap and two, there’s been a groundswell of support for a Pike Enterprise series.

He was clearly the hook for watching the second Season of Discovery. Don’t think they don’t already have plans to do one. I’m sure it’s in the works. Anyway, I’d watch the adventures of Captain Pike, Spock, and the Enterprise.

Not so much any of the other shit they have planned.