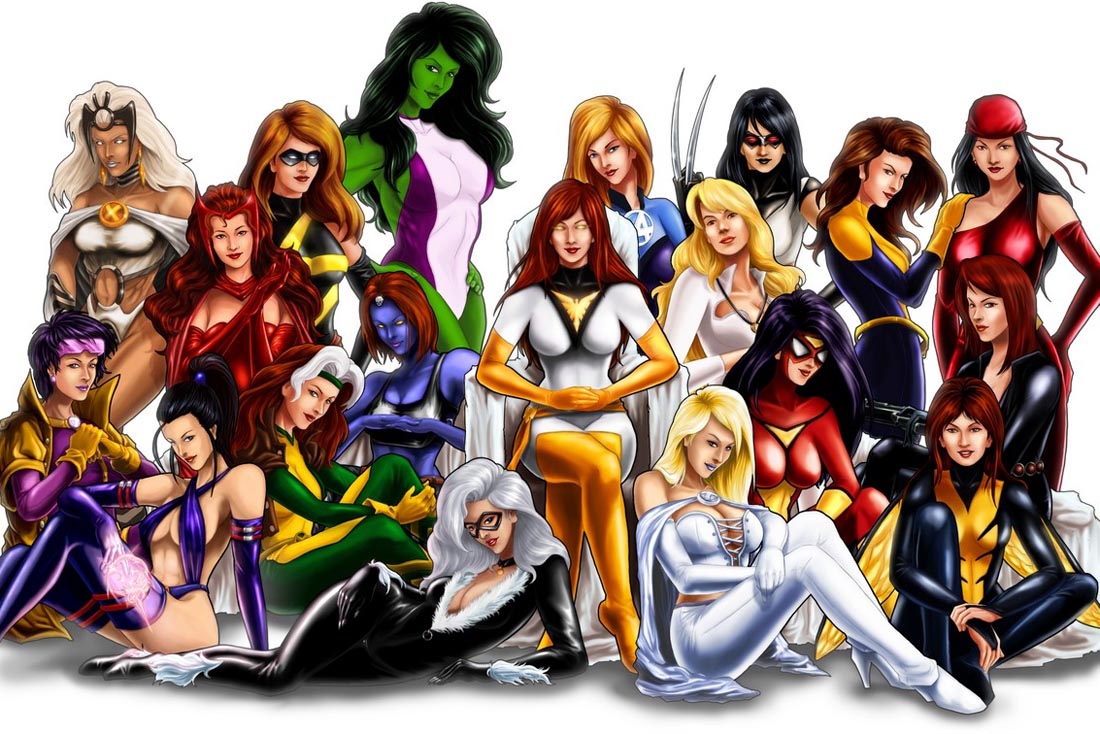 Hyper-Sexualization of Women In Art: Always Has And Always Will Be

And there’s nothing wrong with that. At the beginning of Raiders of the Lost Ark, that’s not just any big golden-headed idol Indiana Jones is trying to steal. He’s trying to grab a Chachapoyan fertility idol.

It’s no coincidence the writers picked a fertility idol as the most highly-prized and elaborately guarded icon of Chachapoyan culture, although the idol is, in fact, an Aztec fertility idol, not a Peruvian one.

Fertility and the secondary-sex characteristics believed best to exemplify fertility have always been prized in human cultures, pretty much since the dawn of art.

While Pachamama might not have actually looked like the Aztec fertility goddess Xochiquetzal, the idol features a firm-breasted maiden with a pained expression of tremendous strain in the process of giving birth to a child.

Hot, right? Well, for the ancient Aztecs who found nothing sexier than literally demonstrable fertility, one would assume so.

Such fertility idols appear for both men and women across cultures and across the centuries. Indeed, art has depicted sexually suitable mates (along with the hunting of tasty wildebeests, the other super-important thing in life) since almost the moment art began.

So it shouldn’t surprise that men — and more women than perhaps it’s acceptable to admit in this day and age — have long valued the artistic depiction of fit and healthy women, in comic books as well as pretty much everywhere else. And there’s nothing wrong with this.

There’s also nothing new about it. Attractive women have been the subject of art and sculpture since their respective art forms came into being. Exaggeration of important secondary sex characteristics has frequently been a part of that depiction, though the emphasis may vary between large breasts or wide hips or excellent hip-and-leg mobility or other features that best represent fertility and the production of healthy offspring in the culture at the time. But visual cues of health and fertility have always been the basis of physical attraction.

It is hard-wired into us. And it isn’t going away.

Sex Has a Long and Sordid History in the Human Race

People have been having sex, and often producing offspring from that sex, who then went and also had sex, since the beginning of human history.

Also, since the beginning of human history, human beings have been primarily concerned with a handful of things, and focused on them incessantly: sex and sexual appeal, social relationships, family and tribal affiliation, food and water, protection from animal predators and human bad guys, and the subduing of enemies.

Unsurprisingly, mixed in different ways, these things have been and shall remain the primary focus of almost all the creative output of the human race. Eliminate the stories, movies, and music that don’t prominently feature sex, social relationships, predator attacks or the battling and defeating enemies, and you won’t have much left.

As I said, artists have depicted sexy women, most of them in various states of disrobe or just outright butt-naked, since the beginning of time.

A common strategy and justification for doing this, back in the day, was to depict gods and goddesses, who would naturally be perfect examples of human physiology, and who would also most probably be naked or mostly naked because they were gods! What need do gods have for clothes?

So Venus, Aphrodite, Frigga, Hera and so on were often depicted either nude of nearly so, and as of perfect examples of physical youth and beauty. In other words, ideally fertile.

The gods and goddesses of ancient Rome and Greece are what superheroes and heroines are to us today. Especially in terms of storytelling.

Indeed, I don’t want to go down too many rabbit holes in this series of articles, but there is no shortage of material covering how modern-day super heroes are our modern gods.

To the point where DC actually has a title (and numerous offshoots) about The New Gods.

So, for the purposes of this article, I’m going to take it as fact that we all agree that superheroes and ancient gods represent the exact same archetypal superhuman perfection as expressed in story and art. And we like our gods physically fit and half-naked. And always have.

Gods May Have Gone Out of Fashion, But Sexy Ladies Never Did

From the exaggerated secondary sex characteristics of early fertility idols to the airbrushing of Vogue covers, depiction of men and women through the centuries has often involved as much, if not more, fiction than fact.

It was a common practice in portraiture through the early 20th century to leave out birthmarks, blemishes, small pox scars, and other deformities of the lords and ladies depicted.

There is some evidence that other aspects of youthful vigor and sexual health were exaggerated as well. And why the hell not? Those who paid for the portraitures were entitled to the ideal finished product they wanted!

It’s Not Just The Ladies Who Happen to Be Sexy

Men depicted in art aren’t always merely heroic or depicted only in pitched battle with demons of the deep. They are typically depicted as young, strapping bucks—even if lacking the often generous male endowments early male fertility idols exhibited.

Still, they are in hella good shape for an average dude of the time. Often any time. Like Vulcan to the right there. He’s strong. Clearly he has a job and isn’t afraid of a little hard work. He knows how to use his hands, but is also sensitive enough to have mastered the use of a hair care regimen. He’s radiating those God-like secondary sex characteristics. Just like any good superhero.

Sex and War Have Always Gone Together

The myth is that Helen of Troy had the face (and presumably other parts) that launched a thousand ships. And as war progressed into the 20th century, sex and war went together like, well, like sex and everything else.

Sexy pin-ups were painted on bombers, fighter planes, even tanks. Pin-ups adorned the walls in military barracks or were hidden in footlockers. There were many reasons the brave men and women of the American military went off to fight the Hun or battle the Krauts, or take on Tojo, but one consistent theme was the sweet, sweet all-American slice of apple pie — or should I say cheesecake? — waiting for them at home.

These men were heroes, pop culture gods, to the point of finding themselves in their own comic books (hello, Sergeant Rock!) There is a long history of heroic narratives — including lovely leading ladies — in fictional war stories from almost the beginning. In fact, it was the standard until the era of The Deer Hunter and How Johnny Got His Gun (referring to the 1971 film) and Apocalypse Now.

Which was the same time already sexualized super-heroines began being hyper-sexualized and proliferate in pop culture, particularly in comic books. It might be a coincidence, but I don’t think so. There has been and always will be an interest in and fascination with sex and war. Take the sexy heroes out of one narrative or story type, and they will pop up in another.

I can’t imagine a more pointless and quixotic quest than trying to remake culture so that men become uninterested or even repulsed by the depiction of sexy superwomen kicking ass, and buff superdudes kicking ass with them. After which each make sweet, sweet love to one another, once the world is saved. It’s a tale as old as time, and there’s an evolutionary reason for that.

Yet that’s what some people want to do.

I’ll get more into that battle in the next installment of this series. Suffice it to say, those people who want to pursue this particular unwinnable war need to keep something in mind:

Men will fight for their right to appreciate hyper-sexualized secondary sex characteristics indicating health and fertility. Even if they have to go to war to do it!

Part II of this series is here.

Until next time, Arcanaut out.