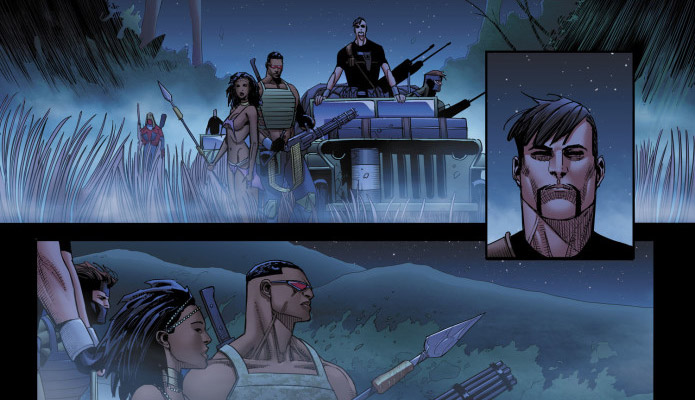 Richard Meyer is relatively unknown, far from a household name, but he seems to be a rather large thorn in the hindquarters of comic book professionals. The first time I heard about Richard Meyer was when Mark Waid sent out cryptic threats on Facebook.

I was a fan of Mark Waid at the time and wondered what kind of monster would require this kind of reaction. Waid claimed he was harassing women so I took this seriously.  I went and watched a few videos of said “serial harasser” and was shocked at what I found!

Richard Meyer (aka Diversity & Comics) was just some guy with a camera phone criticizing comic books that push the Social Justice Warrior ideology. I didn’t see any harassing of women, instead I saw criticism of bad writing and criticism of bad art.

Besides having a chronic cough that distracts from his unscripted and sincere criticisms, nothing is remarkable about his channel. Diversity & Comics managed to catch an audience simply by complaining about what most comic fans have been complaining about. The pervasive push of politically correct propaganda in books as story and art suffer.

I watched maybe a dozen of his reviews, some comics he roasted and others he praised. It seems that comic book professionals were extremely upset that he criticized bad writing and inserting SJW activism into books and lower standards in art. The same activism that has been driving fans away from comic books.

I personally dropped Marvel after being preached to one time too many in 2015. Many comic book authors that I used to be fans of like Nick Spencer, Dan Slott, and Mark Waid pretended that Richard Meyer (Diversity & Comics) was attacking women and minorities whenever he criticized a bad comic.

Comic fans have received the same kind of dismissive backlash for complaining about changes in comics made entirely for virtue signalling instead of making good books. Sparking online hashtag movements like #ComicsGate and the buycott #MoveTheNeedle.

Instead of staying solely a critic, Meyer has put his mouth where his money is and decided to write a comic book. Jawbreakers – Lost Souls launched as an IndieGoGo campaign, and despite being entirely word of mouth with practically zero media coverage, Jawbreakers managed to raise more than $200,000 in donations.

The comic itself seems to be a homage back to Image and Wildstorm comics from the 90s. The plot revolves around a black ops team comprised of former superheroes. The art for the book is being done by Jon Malin (Cable, Thunderbolts) whose art style oozes with the stylized machismo of 90s comics. With talented colorist Brett Smith (Superman, G.I. Joe) rounding out the creative team.

If the book interests you and you’re disappointed that you missed the IndieGoGo campaign don’t fret. Comic book publisher Antarctic Press have already announced via twitter that they will be publishing the book with a different cover. You can buy it through them or at your local comic book store (though you’ll probably have to ask them to order this one).

The comic is scheduled to release in September and IndieGoGo donators are expected to receive their books in August.

Check out the Diversity & Comics YouTube channel and the Jawbreakers Indiegogo.

To read more about the continuing and needless drama cause by industry insiders afraid of real competition, continue to the next article: JAWBREAKERS Drama: Mark Waid Bullies Indie Publisher In A “Cocaine Heartbeat”!