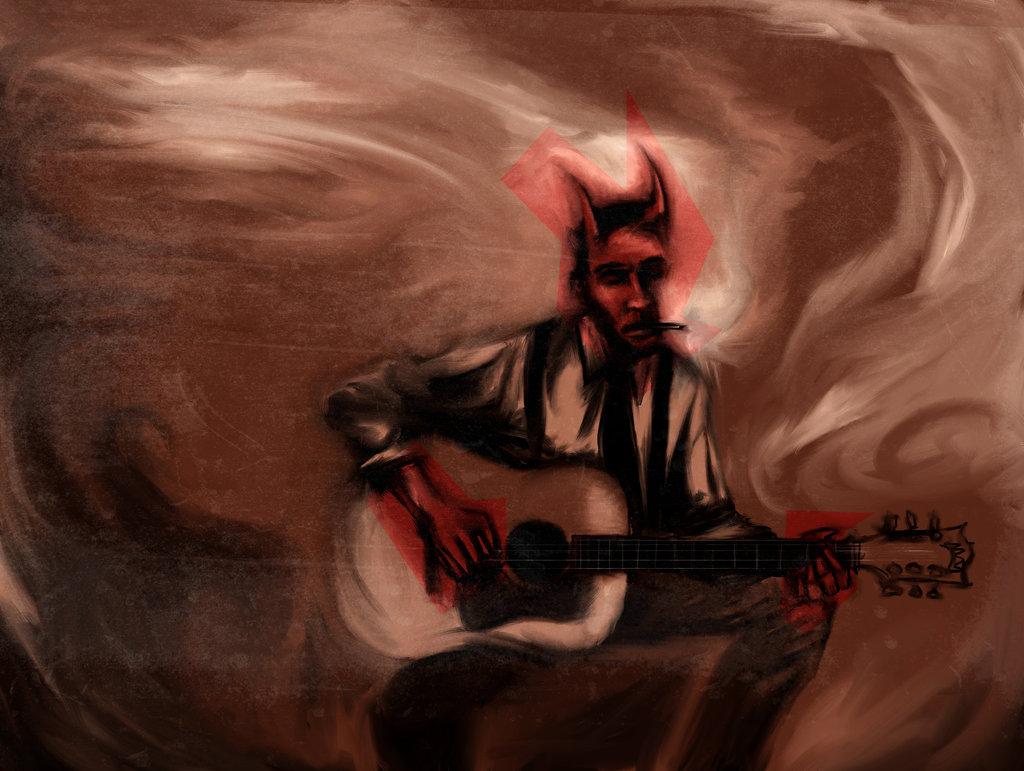 Today we celebrate not just the birthday of the man who is solely responsible for creating the very archetype of the old blues singer, but also his short life and massive talent that continues its long influence over the film and music industry to this day.

Robert Johnson was born on May 8th, 1911 and his life reads like Faust written by O’Henry.

Raised and schooled on the Mississippi Delta by his Mother and Step-Father by the age of 21 Robert had:

At the ripe old age of 27 Poor Robert was supposedly poisoned for cheatin’ with another woman, died and I guess went to hell. But Robert’s legacy has survived and thrived.

Robert Johnson music influenced an entire generation of  musicians who basically created all the  music we listen to today (yes even Taylor Swift).

Not to mention the the person himself as become a movie legend and trope unto itself.

We have seen “Robert” in:

And in my personal favorite portrayal:

Even in death, Robert is still going legend by having not one but at least three grave sites around the town of Greenwood, MS.