I really enjoyed the second John Wick, and the thought had crossed my mind the third one might be the weakest. I’m glad to say that fear was extinguished about five minutes into the movie. This one was able to expand the world while keeping the tension and the action levels cranked up. 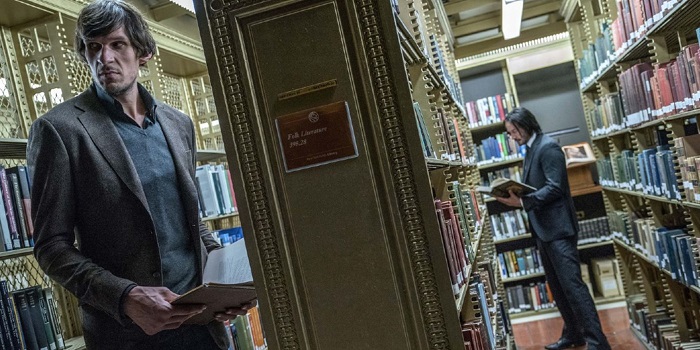 It’s hard to explain exactly what it is that separates the John Wick franchise from the ceaseless assembly line of assassin movies churned out by Hollywood, whatever it is, it really works.

There are scenes in this movie, alone, that would be worshipped had they been in any other movie. The knife museum, the library book, the stables, the motorcycle chase, the glass penthouse. Did I mention the knife museum? Jeezo.

Keanu Reeves as John Wick is, as always, badass. This time around, Ian McShane and Lance Reddick both have prominent roles to play, as Winston and Charon each come into their own toward the end of the movie. 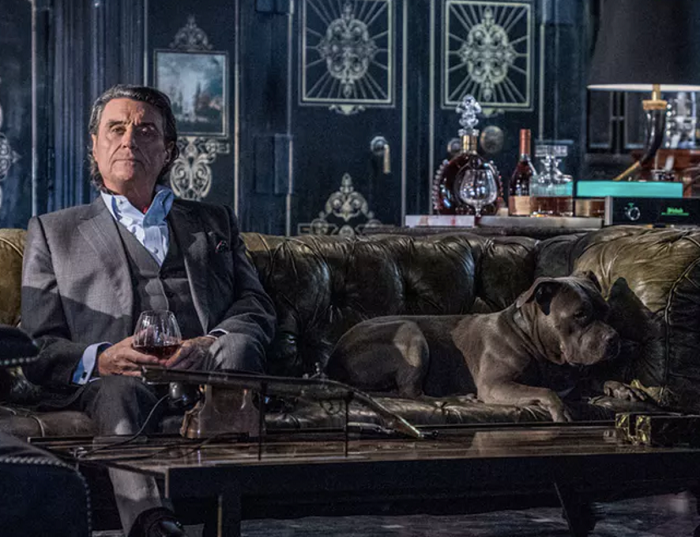 Asia Kate Dillon is introduced as The Adjudicator, the villain of the show, an enforcer sent to New York by the High Table to exact punishment against those who enabled John Wick when flouting the organization’s code of conduct. 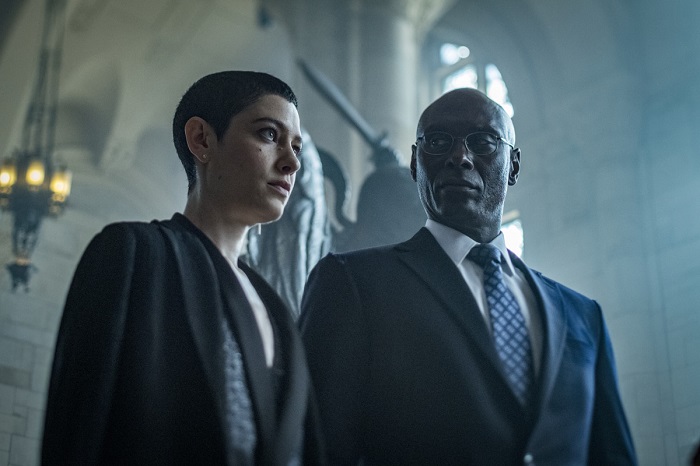 The Adjudicator tasks Zero and his students, played by Mark Dacascos and The Raid ninja’s Yayan Ruhian and Cecep Arif Rahman, to bring to justice those that aided Wick in the previous movie. 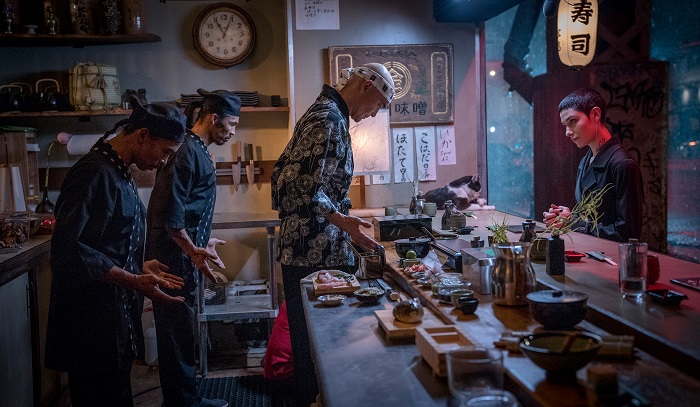 Zero and his crew bring the perfect amount of comedic relief while not taking away from the intensity their characters bring to the film. 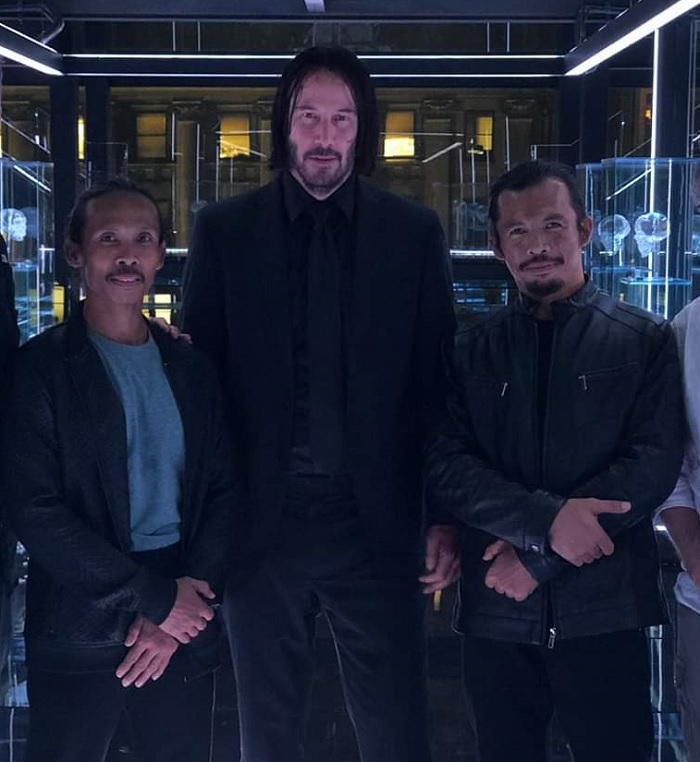 The fight scene with the guys from The Raid is easily one of the best martial arts fights I’ve ever seen. Not only paying tribute to The Raid, but also keeping that spirit of honour and respect in the fight. Ending the fight with “Be seeing you,” slam dunks this.

Can we talk about the pool scene? I’ll need some of you ballistic experts to confirm that scene’s visual epicness. 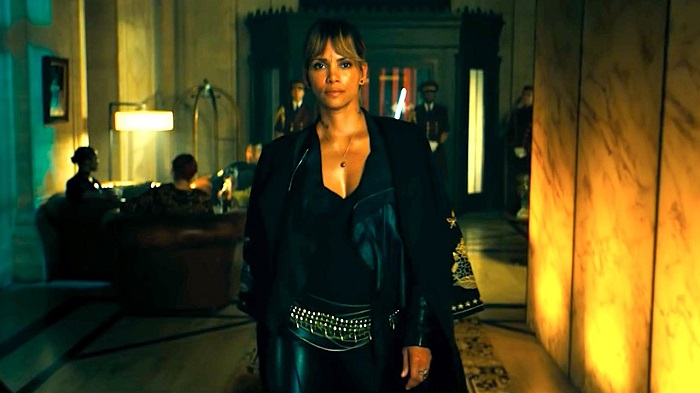 I will mention the movie’s MVPs, Halle Berry, and her Belgian Malinois dogs.

The dogs get to do a heap of stunts. I can’t think of another movie where I’ve seen so many technically sound animal stunts in a single action scene. 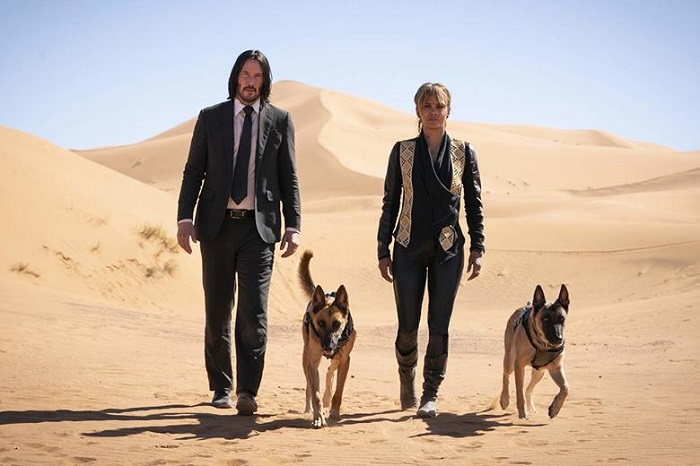 Berry played her part sweetly and if there is a fourth movie, I really hope she returns with her dogs.

And, she nailed her training for the role:

The pacing was hugely intense, I mean REAL intense, and the action scenes are filmed seamlessly and with precision. The cinematographer deserves kudos capturing some of the scenes in this movie, they are insanely brilliant at times. 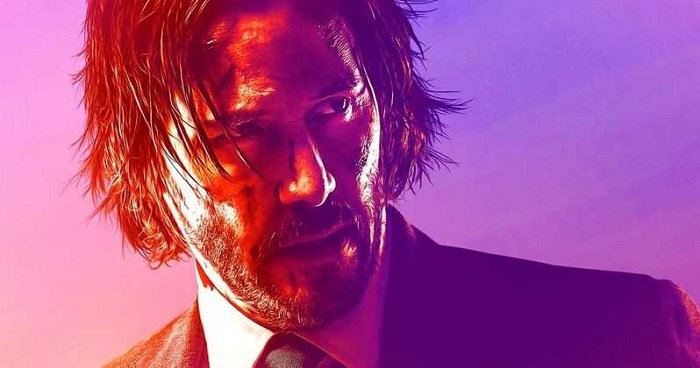 What a ride… The best John Wick yet! Can’t wait for number 4.